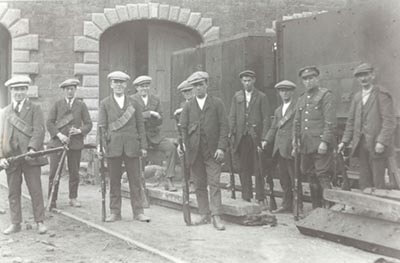 Local items and stories relating to 1916 are being sourced for a new exhibition and publication focusing on Limerick’s role in the Easter Rising and life in Limerick 100 years ago.

Limerick Museum & Archives is holding a Roadshow in the Woodlands House Hotel, Adare, on November 19th,  12pm to 4pm at which members of the public are being invited to bring any photographs, letters, items of clothing or family stories from 100 years ago. All items presented will be scanned, photographed and catalogued on the day and returned to their owner. 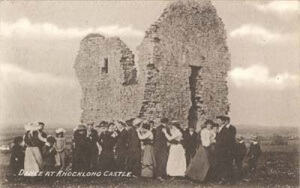 “While 1916 is mostly associated with war and rebellion, Limerick Museum & Archives are looking to capture the essence of what it was like to be living, working and socializing in Limerick a century ago. We also are keen to speak to people from the county, which became very involved in the War of Independence,” explained Limerick Archivist Jacqui Hayes.

“Items presented at the Roadshow do not have to be linked with the rebellion, the Volunteers or anything militaristic. They could be wedding photographs, letters, diaries, items of clothing, books, school objects, posters, cinema tickets, pamphlets or newspapers. It is hoped that they will help paint a picture of Limerick in 1916 as a backdrop to the 1916 Rising and the events that followed leading up to the singing of the Treaty in 1921,” added Ms. Hayes. 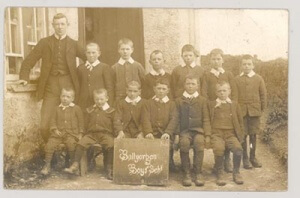 The new publication and exhibition being prepared by Limerick Museum & Archives form part of the Limerick Plan for the 2016 Commemorations. Other planned events and initiatives taking place in Limerick include a re-enactment of the Easter Sunday 1916 march by 300 Volunteers to Glenquin Castle, a series of public lectures on 1916 in the new Local Studies Department at the Granary and a special concert at the University of Limerick in May 2016. Iarnród Eireann also will be unveiling a panel at Colbert Station in 2016 with a specially commissioned portrait of Con Colbert. 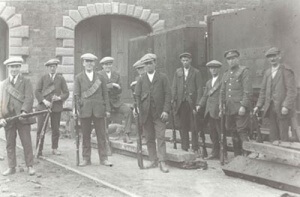 Limerick has many important links with the 1916 Rising, Two of the sixteen leaders executed after the Rising were Limerick men, namely Con Colbert and Edward Daly. Eamon De Valera, raised in Bruree, Co. Limerick, also played a significant role and was a leader in ‘Bolands Mill’.  Kathleen Clarke (nee Daly) was a founding member of Cumann na mBan and she set up the Prisoners’ Dependants Fund immediately after the Rising. Meanwhile, Dr. Richard Hayes fought in the Rising, seeing action with Thomas Ashe at Ashbourne, Co. Meath. He was arrested and imprisoned in England.

Roadshow in the Woodlands House Hotel, Adare, on November 19th 2015 between 12pm and 4pm