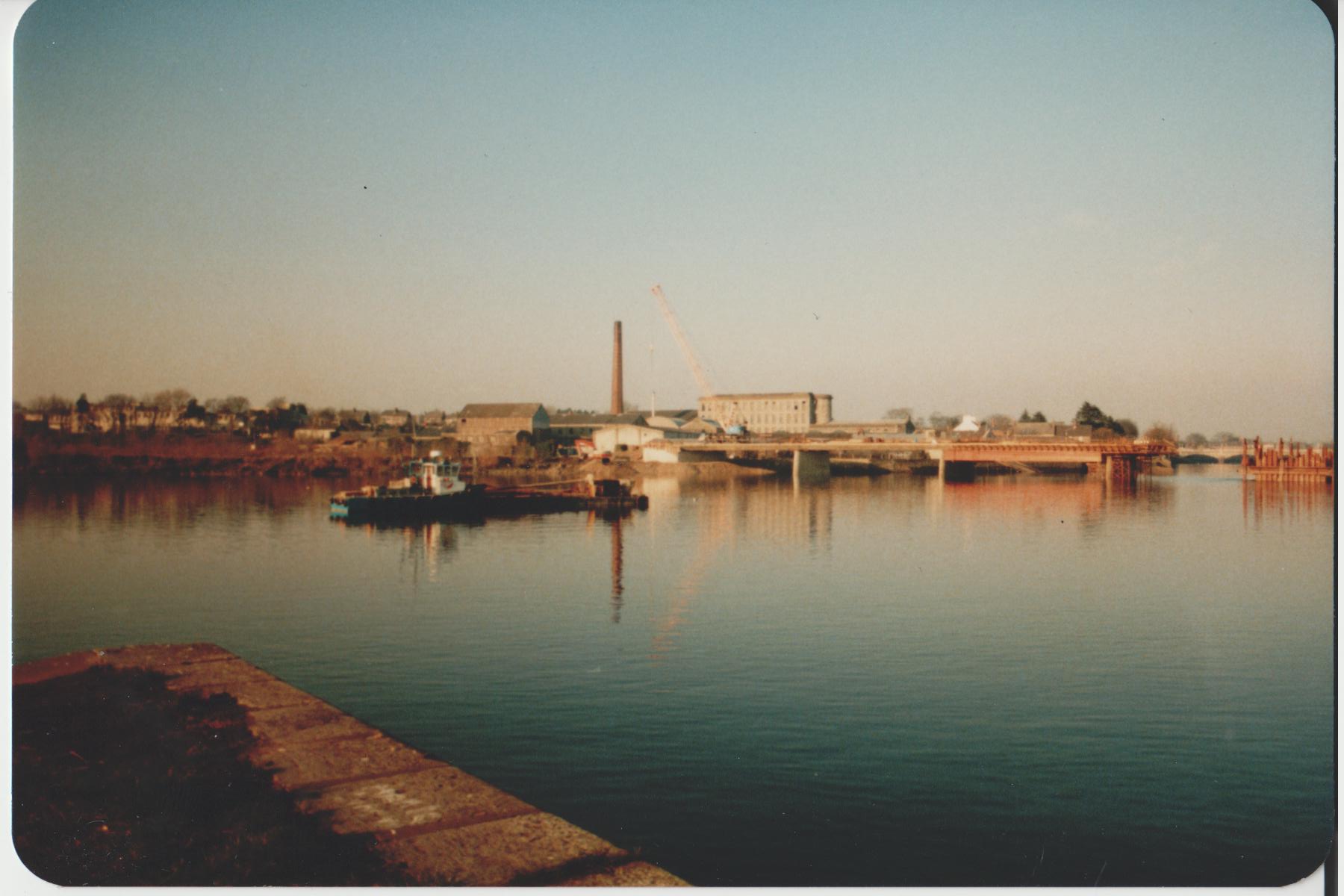 At about two o’clock on the 25th of July 1904 the widow Bridget Goodwin, of 18 Rutland Street,  asked her second youngest child, sixteen year old daughter Catherine Goodwin to go to the Condensed Milk factory (Cleeves) to fetch some milk. Catherine obliged but first to ask her nine year old friend Mary McMahon of 3 Rutland Street to accompany her. The two girls walked to the Cleeves factory at Lansdowne, a site on the northern bank of the River Shannon and filled their pales with milk. As it was a warm summers day the two girls decided to go for a paddle by the side of the Condensed Milk factory, just across from the public road there was a sloping Ferry Slip to the river. The girls went down this slope and removed their boots, stockings and a shawl, laid down their pales and began to wade into the water. At the end of the slope there was a large excavation which formed the entrance to a conduit. This conduit ran from the river to the Condensed Milk factory it was used to supply water to the factory. As the tide rose in the Shannon water rushed into the channel causing a whirlpool which caught the two girls and dragged them into the drain, which was about 17 foot deep and covered by 18 inches of water, trapping them there. Their fate was only revealed when a man happened upon their clothing at the bank of the river and alerted Sergeant Keating in nearby Thomondgate. Their bodies were discovered in the drain only after the tide had substantially receded. In January of 1905, Bridget Goodwin brought an action to the Superior Courts against Messrs Cleeve Bros, proprietors of the Condensed Milk factory under Lord Campbell’s Act to recover pecuniary compensation for the death of her daughter. She was claiming a loss of the wage of her daughter who had worked in Messrs. Cleeve’s caramel factory and had earned 8s per week. During the evidence it was revealed that there had been no grating over the channel at the time of the accident but one had been placed there since, there was also incidences of dogs being swept into the whirlpool at this point and it was stated that during spring tide the current would have been strong enough to take a cow.

After extensive deliberation and evidence from both sides, it was decided by the Court that the case should be dismissed. As although the defendants were directly responsible for the channel and the existence of the cavity at the bottom of the slope. but it was the Harbour Commissioners responsibility to tend such channels and cavities as they were the owners the foreshore. Also it was decided that as Catherine was a girl of 16, “who possessed the full intelligence of an adult”, had taken it upon herself to enter this sloping bank, which she had done so by trespassing on private property of the Harbour Commissioners. And that the girl had knowingly entered a dangerous area covered in smooth stones which were in turn covered in slime, and as such she was responsible or her own unfortunate demise.  And so ended Bridget Goodwin’s fight for her daughter.

The family of Mary McMahon did not bring a claim against Cleeves Bros. Both girls were buried in Mount St Lawrence Cemetery on the 26 July 1904.

Bridget passed away in 1918 she would lose two more family members in Limerick under similar tragic circumstances. Her daughter in law, Esther, died in 1909 of burns when her clothes caught fire as she was warming up milk for her baby. Her son, Thomas Goodwin died in 1912 from head injuries when he fell off a bike in trying to avoid children playing on the street.