The Disorderly House of Elizabeth Christianson, 1893 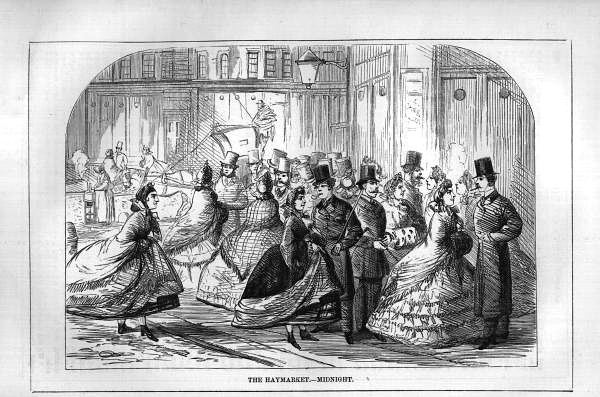 Elizabeth Christianson was described ‘as woman of some position – a lady in appearance an educated person, and it appears a linguist and we dare say in other ways an accomplished woman‘ so it came as a shock to Limerick society when on Friday 14 July 1893 she was arrested for keeping a ‘Disorderly house’ on Thomas Street. She was released on bail of £100 with two £50 securities the following morning to appear in court again on Monday. Her husband quickly engaged the services of James H Moran, a solicitor based in Glentworth Street. Moran only heard of the case on Saturday morning when Mr Christianson approached him and said: “My God, there is a fearful charge against my wife, and I want you to take it up”. Mr Christianson was employed at Cleeve’s Condensed Milk Factory on the North Strand.

On Saturday evidence was given by the prosecutions witness, a young woman married woman whose name was not revealed, recounted how she came to be in contact with Elizabeth Christianson. The woman’s husband had left her some time earlier as she was acting ‘immorally’ and due to this she found herself destitute. Although she was also incriminating herself the young woman told the court of her

terrible ordeal which she had to undergo in giving her evidence before a public court – because this being a case of summary jurisdiction it was not in the power of the magistrates to hear the case in private, as we should have decided to. We were greatly impressed by the manner in which that poor girl gave her evidence and we could observe the acute suffering she underwent in having to give such evidence which was so terribly and so irrevocably affected herself and it was incredible that she should have given such evidence against herself unless it were true.

On Monday morning the trial restated in the Grand Jury Room of the City Courthouse in front of a large crowd which included several local clergymen and magistrates. The trial had just begun when the defense told the stunned court

If he had thought there was a shadow of foundation for it or if he thought the tales of immorality which was told was true he would not have appeared at all. He had a number of witnesses summoned and interviewed some of them and asked whether the statements made were true. In one case he found they were and he then immediately said he must retire from the case.

With that he retired from the defense stating that he would continue ‘to watch the case for the husband’.

The Chairman (Irwin) read the charge under the Criminal Law Amendment Act 1885 or ‘An Act to make further provision for the Protection of Women and Girls, the suppression of brothels, and other purposes’. The prisoner pleaded guilty and the magistrates retired to make their judgement. On their return Irwin stated that considering Elizabeth’s background

her character seems to have been crossed by some strange and terrible moral obloquy. Her position and circumstances afforded her unusual powers and facilities for working mischief and she seems to have laid herself specially to bring ruin on unsuspecting and virtuous females in this city and when she did this it was not under pressure of poverty or want but it appears to have been done out of sheer wantonness.

With that the court imposed the highest possible punishment, three months imprisonment at hard labour.

Father Cregan in the discharge of his religious duties had this terrible sore brought under his observation and followed up the clues.