In 1902, the Lithuanian Jewish community purchased the land for this little cemetery.  Over the years, the community dwindled in size. The cemetery fell into disrepair in 1990 it was repaired as part of a publicly funded civic project.

The cemetery is now maintained by Limerick Civic Trust and the Limerick City Council as a small public green space. 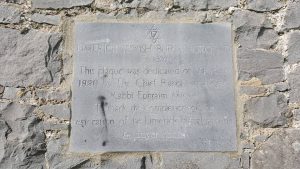 Plaque on the Jewish Prayer House. 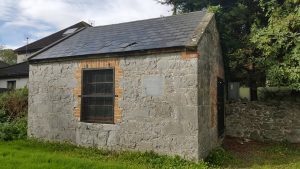 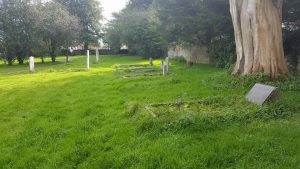 Overview of the Jewish Cemetery

There are 12 headstones including two to ‘Unknown  Jewish Souls’, two in Hebrew. Those recorded in English included:

In loving memory of our dear father Samuel Sochat who died 4 March 1917 5677 aged 70 years mourned by his broken hearted children. Gone but not forgotten may his dear soul rest in peace.

In loving memory of our father 1887 Simon Gewurtz 1944 from Bratislava. Daughters Shosana – Ella 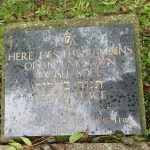 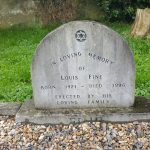 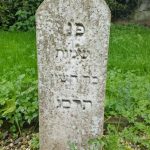 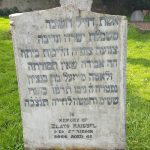 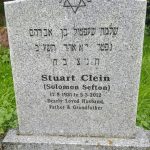 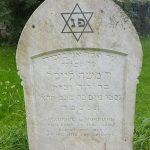 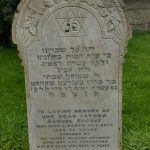 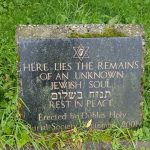 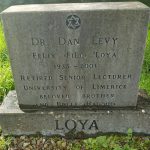 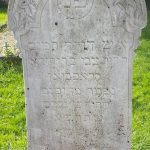 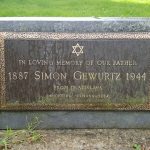