A Review of Limerick’s Life during 2014

Limerick in 2014 was an extremely busy year with Limerick City of Culture and we at Limerick’s Life were heavily involved with many projects this year, almost too many to name. One of our most memorable though was when for three days in September we ran around the city chasing Grandma, the Limerick Giant, along with almost a quarter of a million other people, posting live pictures on Twitter.

Limerick’s Life was very busy in 2014. Not only were we able to contribute 100 posts to the website, but we were also featured in articles in the Limerick Voice, Limerick Leader and Limerick Chronicle, RTE’s Nationwide and we contributed to shows on Limerick’s Live 95FM and WiredFm.

Below are some of the projects Limerick’s Life had the honour of being involved with in 2014: 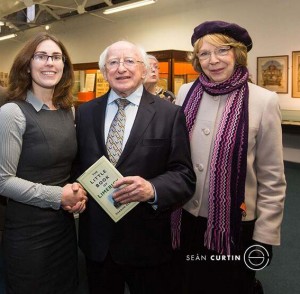 During the year we also had the honour of presenting our The Little Book of Limerick to the President of Ireland Michael D. Higgins. (Image courtesy of Sean Curtin)