This is the most recently built bridge in the city, it was officially opened with some controversy in 1999. The initial plan was to name the bridge the Jim Kemmy bridge, after the former mayor and local historian who passed away in 1997. Local residents disagreed with this name and called for the bridge to be named The Abbey Bridge after the Abbey Fishermen families who lived in the area for generations. After much deliberation the name change was agreed. Jim Kemmy was honour with a more fitting memorial as the new name for the city museum. The Jim Kemmy Memorial Museum, which became more commonly known as Limerick Museum in 2014 after the merger of Limerick City and County Council. 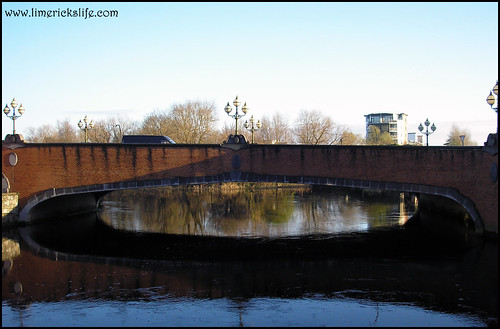