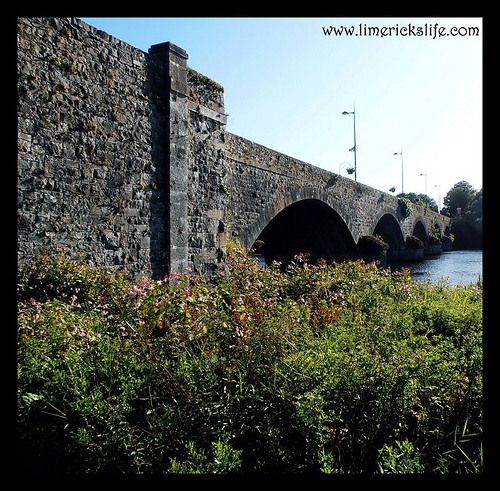 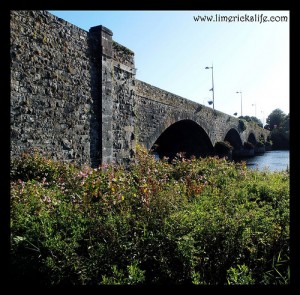 View from Limerick side to Clare side

Athlunkard Bridge, on the Corbally Road out of the city was designed by the Pain Brothers, it separates Limerick and Clare. There had been a previous attempt at a bridge near to this location but it was too low and was never completed, though the remnants of one of it’s arches can be seen on the Red Path to the left of Athlunkard Bridge on the Limerick side behind the Toll House

Athlunkard Bridge has five granite arches and was completed in 1830. It had a toll gate house on the city side, which remains in place today. James and Richard Paine were the architects. Cost of bridge £7,000.

Those wishing to enter the City coming from Co. Clare paid a half -penny and those with a horse and cart paid one penny. On 28 April 1884 the bridge was declared free of toll.

There is a benchmark in the centre of Athlunkard Bridge.