The Augustinians Church on situated at the heart of the city on O’Connell Street. The front wall contains the lintel from an older church found in Fish Lane dated 1633. Erected on the site of the old Limerick Theatre building, which was purchased by the Augustinians in 1822 for £400, and although there were improvements made the structure remained intact for over 100 years. In 1939 the first stone was laid for the new building and work was completed in 1942 at a cost of $42,000. The building was designed and built by two Dublin firms, Jones & Kelly, and, George Walsh & Sons. 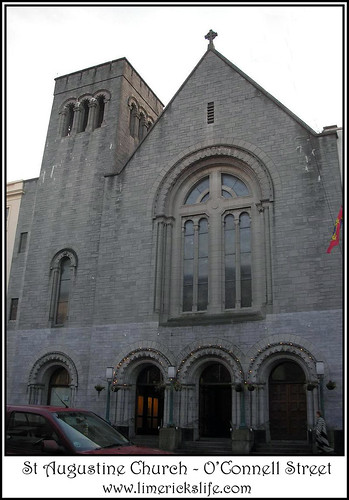