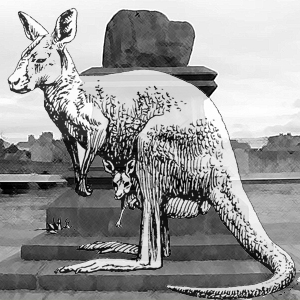 Debra Vaughan is on the hunt for the birth families of Limerick orphans sent to Australia in the height of the Great Famine.

At the seaport of Williamstown, there is a memorial honouring the Great Famine & the Melbourne contingent of over 4000 Famine Orphans who came to Australia between 1848 – 1850. Meeting since 1998 on the second-last Sunday in November, we meet with a mix of history, performance & music to honour our Irish Ancestors at that terrible time, & in gratitude for the Irish contribution to Australian pioneering. As organizer of the Commemoration Day since 2009, I also host an Irish Famine Orphan Descendants’ Group.

Great great grandmother Sarah Matilda O’Malley came from “Limerick”, though there was sure to be more than one workhouse in the county. She arrived 14 May 1849 via Pemberton, the second of six ships to Melbourne, Australia under Earl Grey’s Scheme at the time of the Great Famine, carrying orphans intended to become domestic servants. Unless there was an anomaly, & there were some, all the 4000+ orphans had to have spent a year in a workhouse to be eligible for the scheme.

Aged seventeen in 1849, I believe she had been orphaned at age seven. So her birthdate would have been c 1831. First her soldier father & two soldier (presumably) uncles had died, then her mother. I have not been able to establish if her father served this way, nor what part of the Army, although I presume it to have been British. Her mother could have been with friends or relatives prior or after his death, or perhaps her father could have been stationed in Limerick.

More of the family story says Sarah O’Malley went to live with family friends when orphaned, & that she came out with her/them to Australia. The Pemberton shipping list from the NSW Govt Archives notes Sarah was 17, a Roman Catholic house servant from Limerick who could read & write. http://srwww.records.nsw.gov.au/ebook/list.asp?Page=NRS5316/4_4816/Pemberton_14%20May%201849/4_481600257.jpg&No=11

A few months before her death in 1914, Sarah O’Malley told her youngest son her original name was Goodchild.

There were two Bowen girls on Pemberton, both 16; if they were related, they would have been cousins. One Bowen is spelt Bohan. Mary A. Bohan was a Nursemaid, from “Rosscrea, Tipperary” & Mary Ann Bowen was a Child’smaid from “Queens County”, so there is some confusion for me there. Both were Roman Catholics who could read & write. http://srwww.records.nsw.gov.au/ebook/list.asp?Page=NRS5316/4_4816/Pemberton_14%20May%201849/4_481600248.jpg&No=2

Orphans from the Royal Hibernian Military School also travelled on this ship. I have also noticed on this particular ship quite a few orphans were listed as coming from “Rosscrea Limerick” (sic). Any idea why this should be so? The placement & the way the hand writing flows, it appears neither to be a transcription error nor copied from the line above.

I am happy for you to pass on my contact details if I can help others from our end. Any leads would be gratefully accepted,