The Bearded Lady of Limerick 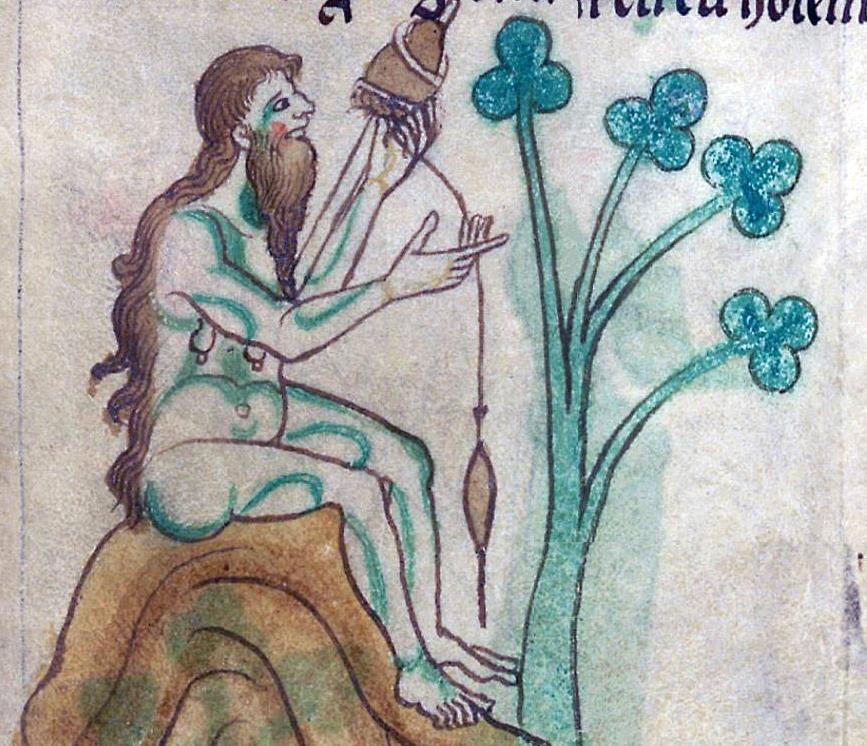 Gerald of Wales was the archdeacon of Brecknock, Wales from 1175 to 1204, and historian he visited to Ireland in the 1180s. He wrote Topographia Hibernica about his travels during this period, one of his stories involved meeting the “Bearded Lady” of Duvenald, king of Limerick who:

“.. had a woman with a beard down to her navel, and also, a crest like a colt of a year old, which reached from the top of her neck down her backbone, and was covered with hair. The woman, thus remarkable for two monstrous deformities, was, however, not an hermaphrodite, but in other respects had the parts of a woman; and she constantly attended the court, an object of ridicule as well as of wonder. The fact of her spine being covered with hair, neither determined her gender to be male or female; and in wearing a long beard she followed the customs of her country, though it was unnatural in her. Also, within our time, a woman was seen attending the court in Connaught, who partook of the nature of both sexes, and was an hermaphrodite. On the right side of her face she had a long and thick beard, which covered both sides of her lips to the middle of her chin, like a man; on the left, her lips and chin were smooth and hairless, like a woman”

This is his sketch of her from that book.