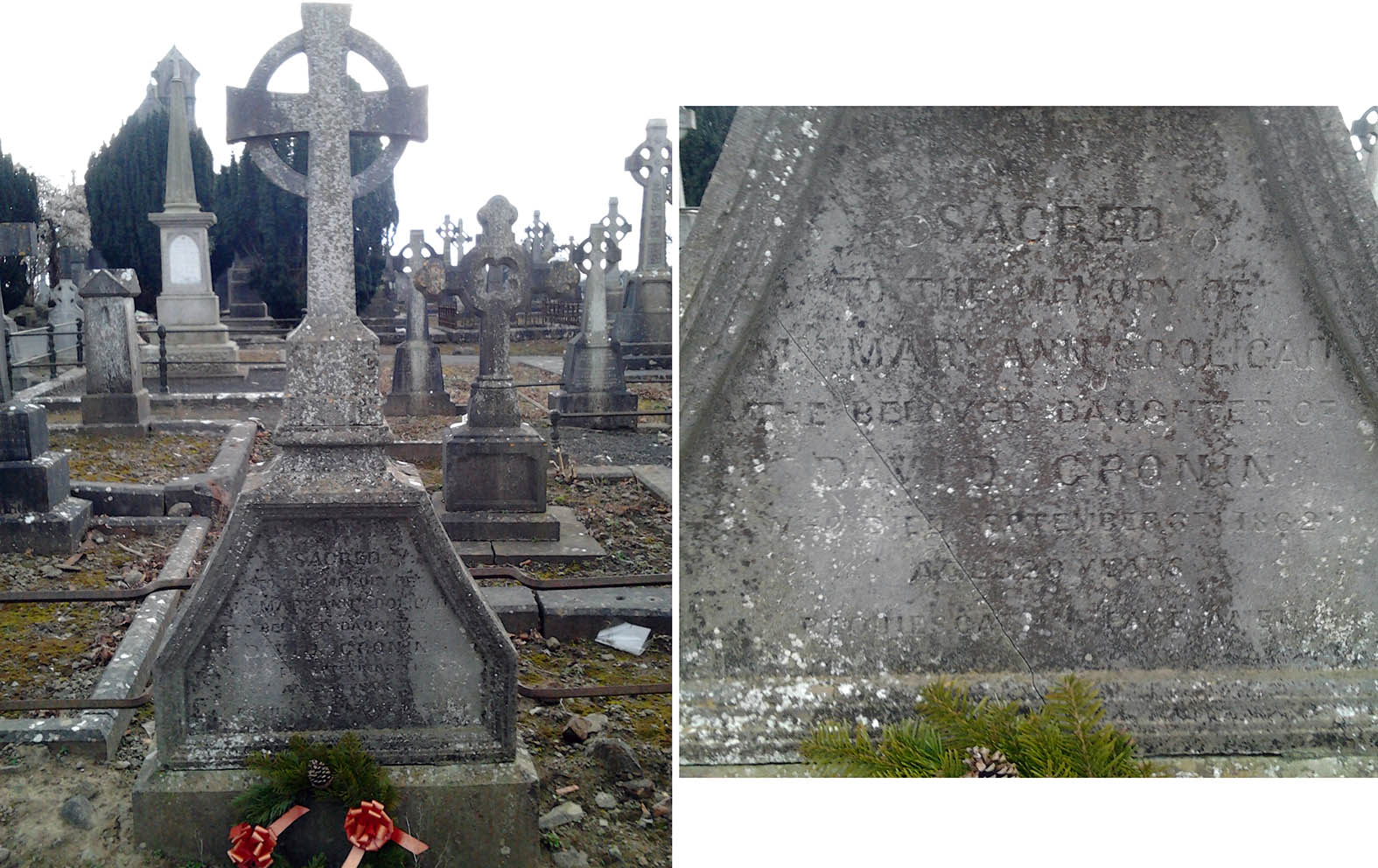 Beyond the Grave was a three day conference held in Limerick in April 2014, the theme for the event was burial in both ancient and modern Ireland. The conference was co-ordinated by Limerick Archives and was held in multiple locations throughout the city.

The Friday evening showcased a new searchable Grave Marker database  for Mount Saint Lawrence Cemetery, this was a pioneering project which linked each grave marker in the 18 acre site to an image of that grave marker and pinpoints the location using gps. Two thirds of the cemetery grave markers have also been transcribed by the  history and geography students in Mary Immaculate College, this portion of the project is ongoing and will hopefully be completed by the end of 2015.

This database is useful for both the historical research, the anthropological researcher and genealogist alike, with many interesting headstones, crosses, tombs to be discovered.

The Saturday the 26 April, twenty-seven talks held in Mary Immaculate College and were filmed and are available on the Limerick Museum and Archives YouTube. These talks ranged from the practising funeral directors view of burial and how it has changed to archaeological views on burials long gone, as well as many other interesting topics. The talks range from 10 to 30 minutes in length. A list of all the talks given can be found here.