Biddy Early, the 19th century Witch of the West 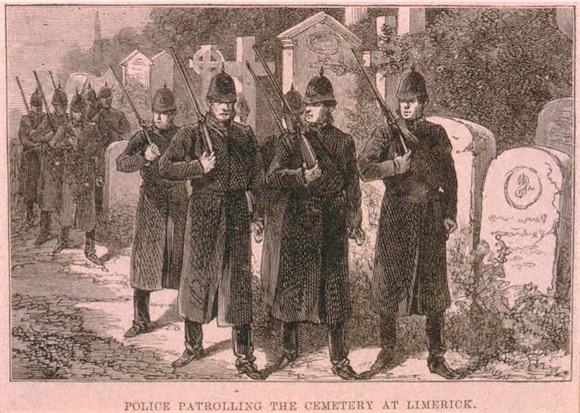 Until all too recently in Ireland it was easy for someone who was outside of the prescribed culture to be labelled a witch. These people were often ostracised from their communities and became the focus of fanciful stories.

One of the most famous of these was Biddy Early, who was born in 1798, just over the border in Clare. She was the only child of Tom Connors and Ellen Early. She was baptised Bridget Connors, but would later take her mother’s maiden name. Sadly, by the time she was sixteen both her parents had passed away, leaving her orphaned and left to fend for herself in a time when social care was not the norm.

For the majority of her adult life she lived by Kilbarron Bridge, near Feakle, on the lands of James Fitzgerald, in a two-roomed thatched cottage. She was described as a tiny little woman who dressed neatly in grey with a snow-white linen bonnet and a ring on every finger. Biddy shocked her community several times during her lifetime. Firstly, by marrying four times, but more notably because she did not heed the local priest and contravened the budding medical establishment by offering herbal remedies and folk cures to all who would call at her door. Evidently, she would never accept money for her treatments, but instead her thankful patients would gift her with tea, sugar and alcohol that she would keep in a large chest. Those who would call on her would receive a cup of tea or glass of whiskey; in later life, this collection was used to her disadvantage.

When she was only eighteen years old, she married for the first time to Paddy O’Malley, a man twice her age. The couple had a son, also called Paddy. One of the many stories surrounding Biddy arose from this son, who disappeared from the area while young. It was said he was stolen by the fairies and was replaced by a changeling. All that is known is that Paddy Jnr. disappeared from historical records; whether he died as a child or left home because of Biddy remarrying following the death of Paddy O’Malley Snr. is up for speculation. The second marriage might not have been an issue if Biddy had not married her first husband’s adult son, John.

John O’Malley did not survive Biddy and her fairies either, passing away in 1842. Within ten years, she married Tom Flannery of Quin. All the while, she continued to hand out cures and making prophecies by looking into a black bottle, which she supposedly received from the fairies, but the means by which she received it, varies greatly. None of this was of benefit to Tom, who died in 1868.

By the time Biddy married for the fourth time, her notoriety was so widespread that it even made it into the Chronicle on July 29, 1869. This was still a time when only the rich and famous had their weddings announced to the public.

“We understand that a marriage of an unusual kind was celebrated this week in Limerick, that of an old woman known as Biddy Early, who resides near Tulla, who among the peasantry has the reputation of a witch or wise woman who could cure all kinds of illness. Such was her fascinating power over a fine young man… that she succeeded in inducing him to become her fourth husband, although she is said to be over 80 years of age”.

The report named this man as Pat O’Brien when it was in fact Thomas Meaney of Birdhill. The couple were married in St Mary’s chapel in the city. Thomas only survived for a few months and was laid to rest in Killaloe churchyard. It is probable that the following story of Biddy relates to her last husband: “One day a man arrived at her cabin tied to a cart in excruciating pain. Not one to miss an opportunity, Biddy, after examining him asked if he would marry her if she cured him. Without hesitation he agreed”.

During the highest points in her career as a wise woman, people would travel from all over the country to visit Biddy. Their carts and carriages waited patiently along the little road to her home. There are many unverified stories of people who went to visit and the cures they received. These stories were passed down through generations. The following are some of those stories.

One man from Shanagolden, who was suffering from several broken bones, was making his way to her home with the help of his family and their small cart. As they neared the cottage, their horse could not make it up the hill to Biddy’s house so they attempted to walk, carrying the man with them. Biddy saw this from her front door and yelled down the road “leave him alone and let him go home”. They did as they were told and he was cured.

Another story came from Rathcahill, near Newcastle West, of a farmer who had some sheep stolen from his land. He went to see Biddy, who brought him to a mirror. When he looked in the mirror, he saw a man with the two sheep. He recognised this man as his neighbour. Biddy also used her animal finding skills for a woman called Shea from Glin. As a young girl, Shea received two calves. As with the sheep, one morning the calves disappeared. The girl’s brothers travelled to Biddy who said, “The people that are coming every morning to the house to sympathise with you are the people who carried your cattle. They are going by boat today from Limerick. Hurry on or they will be gone.” The brothers rushed back to Limerick and went on the boat where they found the missing cattle.

There were other stories that came from official sources during Biddy’s lifetime. These included a discussion by the Limerick Corporation in June 12, 1856, into inquest cases and whether they should be performed in certain cases. The issue of poisoning was raised and Biddy’s name was mentioned, as it was felt that the poisons she could administer could not be detected as they had been ‘given to her by the fairies’.

Even the Limerick Board of Guardians were mentioning her in their meeting of July 8, 1857, with one of the board members suggesting that another go to her for a cure as he would find excuse after excuse not to fix a stock issue in the Limerick Workhouse.

The Chronicle of July 4, 1868 reports on a court case between an uncle and his nephew during which the uncle was accused of going to see Biddy Early, as he had started to blame his nephew for stealing his butter.

Another case was heard in the Quarter Sessions of Limerick court in October 1870, where a man was asked why he went to see Biddy eight months earlier. He responded that it was for a toothache and that she had cured him. The case was in no way related to Biddy and the man was puzzled while responding to the question.

Biddy’s cures did not always work. In December 1865, her servant was suffering from an eye complaint that Biddy could not cure so she went to the Tulla Workhouse where Dr Molony cured her completely. The Board of Guardians of the workhouse made note to congratulate the doctor where Biddy Early had failed.

Despite her helpful nature to those who called on her, it was said that she also had a vindictive streak for those who crossed her. As many believed that, she conspired with the fairies and that those she did not like had curses put on them.

Another story goes that Biddy rented her home from Dr Murphy, a Limerick doctor.  One day, for reasons unknown he decided that her time was up in the cottage and sent some men from Limerick to evict her. Biddy stood inside her doorway defying the men, warning them that, “Whoever will be the first to put a bar to the house, he’ll remember it”. In spite of this threat one of the men started into the house with a crowbar, which dislodged a stone. This stone fell on his leg and broke his thigh. This was the end of the attempt to remove her that day. There was a Dr William Chapman Murphy living at Carlisle Terrace in Limerick city during this period but it is not clear if this was the same man as in the story.

How many of these curses were carried out by human hands is not known, but the Chronicle of September 28, 1858 tells how Biddy’s husband, Tom Flannery, was arrested on suspicion of setting fire to the house on the land of William Sheehy of Limerick. Two years later, he was questioned for his part in the death of the same William Sheehy. Though he was found guilty of participating in the crime that lead to Sheehy’s death, he was found not guilty of murder. The newspaper reports always referred to him as ‘Biddy Early’s husband’ throughout.

Biddy was good for business as she was touted as a ‘must see event’ for those visiting the Tulla Spa in Clare. “An hour’s drive will give one an opportunity of seeing the far-famed fairy witch Biddy Early.”

Biddy outlived both her parents, four of her husbands, and probably her son. She died April 22, 1874 and was buried in Feakle churchyard.

Although the Church tried to erase folklore and fairy traditions that were seen as unholy, this was an impossible task when many believed in folk cures and the work of wise women and men.