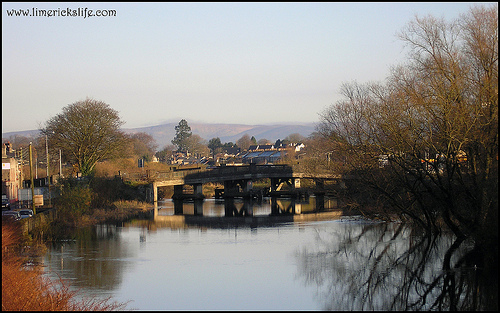 Bishop O’Dwyer Bridge was built in 1931 to replace Park Bridge which had been built in 1798.

The Park Bridge was a private bridge that exited from Sir Harry’s Mall to the Corbally area. Arthlunkard Street was not constructed until 1824 when plans were in place to construct Athlunkard Bridge, which crossed the Shannon to Clare (not to be confused with O’Dwyer Bridge at the end of Athlunkard Street).

During construction of O’Dwyer Bridge many of stones of the older bridge were reused include one which held the benchmark. The bridge was dedicated to Dr. E.T. O’Dwyer who was consecrated Bishop of Limerick on 29 June 1886. More information on Bishop O’Dwyer can be found here 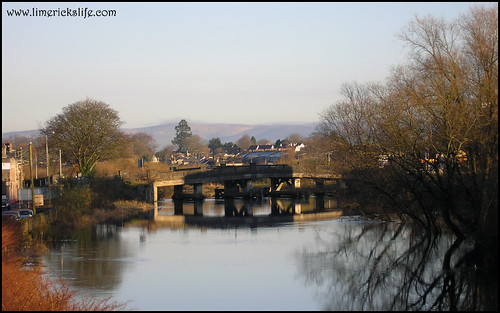 Remnants of the earlier Park Bridge can still be seen today on the Clare bank of the Abbey River on the right side of the bridge: