The following is a timeline of important historical events in Limerick City’s History. 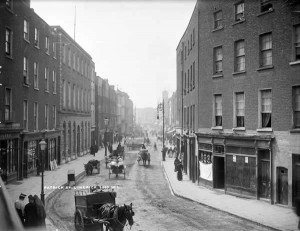