In January 1889, 437 men women and children gathered at Limerick Train Station to much fan fair and accompanied by a local band. These people were beginning their long journey to Buenos Aires, first they would travel to Queenstown (Cobh), Co. Cork before sailing for Argentina. On board the SS Dresden‘s maiden voyage, in 1906 the ship was sold to Turkey and was renamed ‘Tirimujghian’ and in 1914 was sunk by the Russians in the Black Sea. 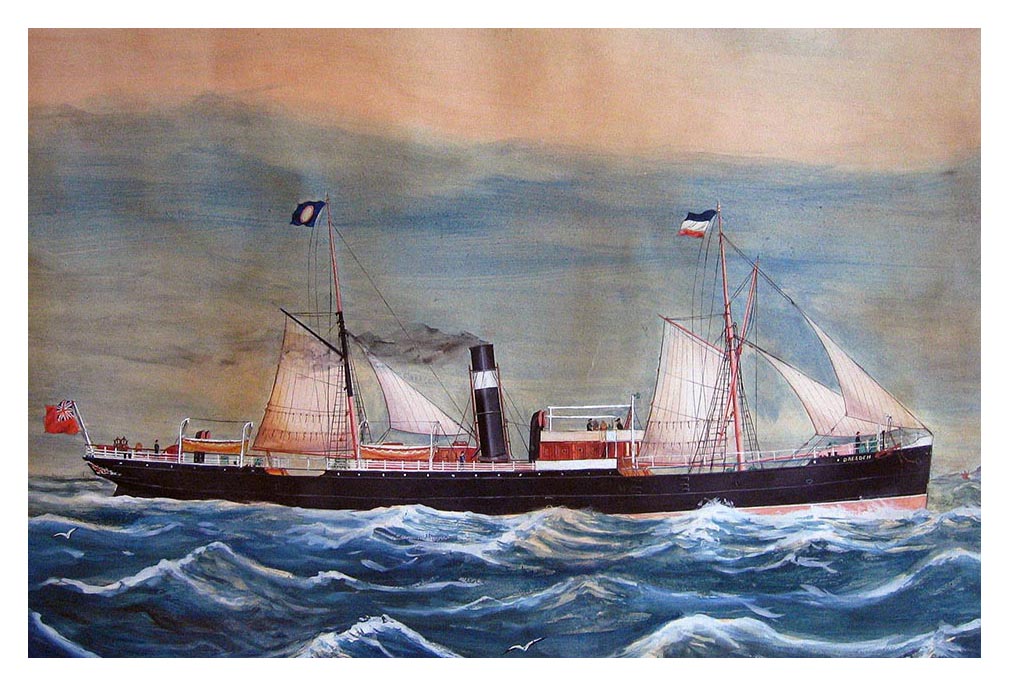 Here you can view the full passenger list for those who arrived in Argentina on the 15 February 1889. The following is a report on the departure of the SS Dresden from Queenstown (Cobh).

Cork, Friday Night. Between four and five hundred emigrants left Queenstown to day for Buenos Ayres on the S.S. Dresden. The district of Limerick contributed no less than 437 persons to the emigration, and these were under the charge of a Mr Differoy, an Italian who has settled down in Limerick, and who had so far conformed to native ways as to substitute a ” Y ” for an ” I” at the end of his name. He seemed to superintend the arrangements for that district, in connection with Mr J S Dillon, whose offices are situate in Cork. He charged them a small fee for filling up forms and doing other work incidental to the emigration, but there were hundreds of poor people, whom he did not charge at all.

The Dresden, which belongs to the fleet of the North German Lloyd’s Company, arrived in the harbour on Thursday afternoon, and in the evening took on board four or five hundred passengers, for whom, it must be said, the local agents, Messrs James Scott and Company, did everything in their power. This is the Dresden’s maiden voyage, and she carries provision for eighteen hundred, though the number of passengers is not more than fifteen hundred. With the exception of some English people taken on board at Southampton, whence the Dresden steamers come to Queenstown, all the passengers are Irish.

A glance along the crowd of emigrants would at once reveal that fact. A number of them were scattered about seated herd and there, making their first day’s meal on board an emigrant ship. Numbers of them were ready to admit their utter ignorance of their chances in the country to which they were going. This indifference of theirs is all the more remarkable when the statement – credibly reported – is made that many of them have got no money whatever with which they might be enabled to make a start once they reach their destination.

The berths are all amidships, in two tiers, in batches of nine or ten, without spaces whatever between, the means of ingress or egress being restricted to a very narrow limit a indeed. In other points the accommodation is good.

Although their trip was smooth their arrival was met with strife, by April letters were returning home. Very few of the migrants had obtained employment on arrival and some 400 were sent to an encampment 700 miles from the capital city where they were afflicted with dysentery and in the first 3 months half the children had perished. This tragedy was widely reported internationally.

THE IRISH EMIGRANTS IN BUENOS AYRES A SHOCKING INCIDENT.

Further mail news has been received in Dublin concerning the condition of Irish emigrants in the Argentine Republic. Mr. Patrick Cole, of Buenos Ayres, write:s “It was truly a sad and pitiable sight to see Irish mothers with, in some cases, their dying babes in their arms, stretched on the ground outside the hotel where they had passed the previous night without covering, as they could not get to the luggage, and also to hear strong men, mid their tears, cursing the evil hour in which they broke up in many cases happy homes to come to what they were led to believe was Eldorado.”

He says of emigrants generally some of them died of starvation in the houses Rosario, which are little wooden huts that were thrown up for the victims of last cholera epidemic, while in many cases mothers sold their clothing from their backs to procure food for their starving children.

THE ARGENTINE. “THE LAST PLACE ON EARTH.”
The following interesting letter, giving intelligible account of the condition the Irish emigrants to Buenos Ayres, has been received at Limerick from an artisan who went out in the Dresden last February. He says:—

When we landed we were sent to the hotel, where we would cared for. It was then our misfortunes commenced. It was large wooden building, the form of Griffith’s house, but twice high, and five times large. When we got there it was taken up with 2,000 Italians. There were lounge rooms and wooden bunks, no straw, or, fact, no place to lay our heads, only on the pavement. 0, God, it was fearful to think of it. There we lay in heaps – young and old, male and female – all lay together try to keep heat in them. Oh to think of that night !

Words could not express the misery. Rich bonnets, fancy shawls went for pillows—we got no food ; children roaring, women crying for want of food. I might well state it was worse. (The writer here gives a terrible account of the sanitary arrangements, or rather almost total lack of arrangements.) We thought was frightful, and the Italians did not care. In the morning, being Sunday, I started to look for a chapel about five o’clock. On my way to mass I began to think I had made a mistake of the day. Bricklayers, smiths, men of every class, all at work hard, like Saturday at home, pulling out for early finish.

However, I got to the chapel; it was most grand, one all built of white marble. There are more chapels Buenos Ayres than in Limerick and Cork put together, but they might well not be there at all. There is no Sunday kept all. Cody got job 300 miles from Buenos Ayres at l 1/2 dols. per day and his food. It was I got the job, but the family would not be taken with me, I gave it him. Fifty got jobs at that, and forty came back.

They could not stand it, but Cody stopped. They had to work from dawn, which is very early here, until dark, on a few hard biscuits and a bit of beef—no drink, only water; no place sleep, only on the roadside. The Italians are working for nothing and a bit of bread. It is the last place in God’s world. We had to leave Buenos Ayres to form an Irish colony. We started on the 27th at seven o’clock, and we did not get there until the 28th, at twelve that night; we were thirty hours in the train, distance of 650 miles, without stopping. We never got a bit of food during the whole time except one half biscuit. Two children died in the train from want. We were stopped suddenly and dropped on the line on the wide open prairie.

No house to seen, no shelter, only lie down on the heather ; no food was boiled. The night was calm. We got up in the morning and began to set about making a breakfast out of nothing. We found our baggage here. It went on two days before us. In my box there were six biscuits that I got in the first week the Dresden, and a small grain of tea and sugar. We started to look for water. We had to scrape with a pint out of dyke. However, we have fared better than others, as they had nothing.

All the children are dying in camp ; Ag. is on her last. We heard there are some more emigrants coming, but may God pity them. No tradesmen of any class are wanted here. Shoemaking is no use ; tailor, smith no use ; the farming class all that is wanted here. We are promised 80 acres of land, but now it has to be tilled first. Good bye, suppose, forever. 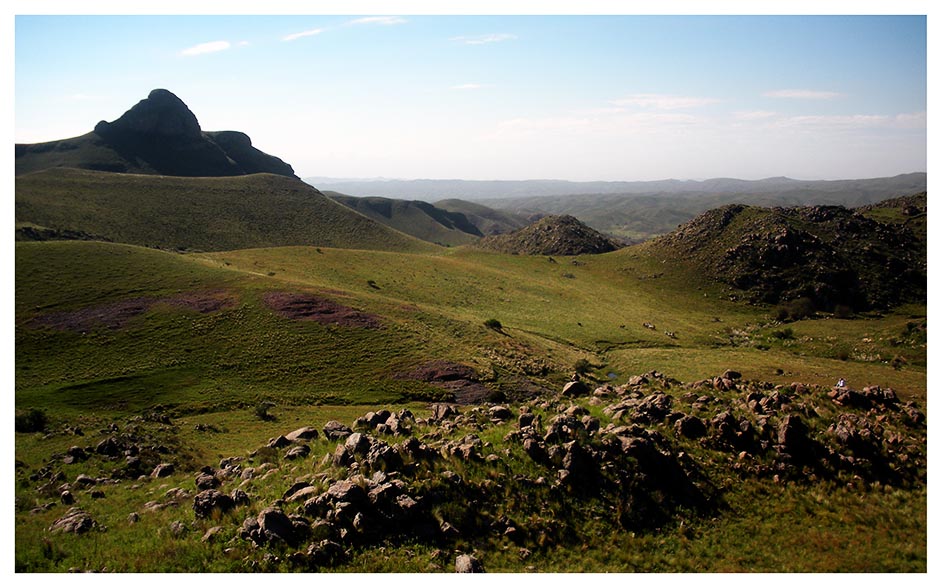 Following the Dresden Affair, in 1889, Archbishop of Cashel, Thomas Croke wrote in The Freeman’s Journal : “Buenos Aires is a most cosmopolitan city into which the Revolution of ’48 has brought the scum of European scoundrelism. I most solemnly conjure my poorer countrymen, as they value their happiness hereafter, never to set foot on the Argentine Republic however tempted to do so they may be by offers of a passage or an assurance of comfortable homes”