Constabulary for Sale, Items for Auction from the RIC in 1863

On the 29 April 1863 the following items from the the County and City of Limerick Constabulary Cast Stores were put on sale at the William Street Constabulary Barracks. 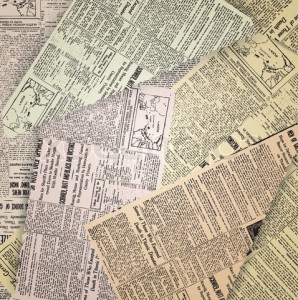 The constabulary auction was held by John Bernal of George Street. John Bernal has auction rooms in 9 Thomas Street in 1879. (Bassett)

John Bernal died in 1898 in his home at Albert Lodge, Laurel Hill, he was buried in St. Mary’s Cathedral Graveyard. He had been a member of the of the city council for over a quarter a century, he had been a councillor for the Dock Ward. On the morning of his funeral his body was brought from his home to St. Mary’s Cathedral through George Street (O’Connell Street) all the businesses remained shut as a mark of respect. The Mayor was in attendance in full regalia, along with mace and sword bearers  as well as all the members of the Corporation (City Council). Cannon Gregg officiated at the funeral. His wife had passed away in 1881. (Limerick Chronicle). Albert Lodge was later sold to the Walker family and then to the Laurel Hill Nuns and became known as Maryville.