A Tale of Destructive Fairies of Ballynanty Beg in 1951.

On 31 October 1951, there were reports in the English newspapers the Daily Mirror, Daily Telegraph and on 4 November in the Sunday Express of fairies in Limerick. At the time Limerick Corporation were building houses in Ballynanty Beg and the reports state that there were objections to the build due to a fairy fort at the site. One report stated:

There is a mound of earth at Ballynanty Beg, and the folk of the village have known for centuries that the leprechauns meet there every night and make shoes. Strangers have noticed that all the cottages of the village stand well away from the mound. “And why shouldn’t they?”, the villagers say, pointing to the mound. “Isn’t it the meeting place of all the leprechauns and fairies in Limerick.” But the Corporation in Limerick did not think so. It drew up plans for building an estate of 475 cottages. And right in the middle of it was the obstructive home of the leprechauns. The Corporation sent up a bulldozer. The local workmen boycotted the building operations. The Corporation brought in workmen from County Clare., Soon after that the new workmen complained that parts of the houses they built during the day were being dis- mantled at night by the fairies. They left the job. The corporation met yesterday and decided to leave the hill to the leprechauns. The estate will be built around it.

The city would later receive an apology from the Irish News Agency but it came too late as the news had spread as far away as Australia. 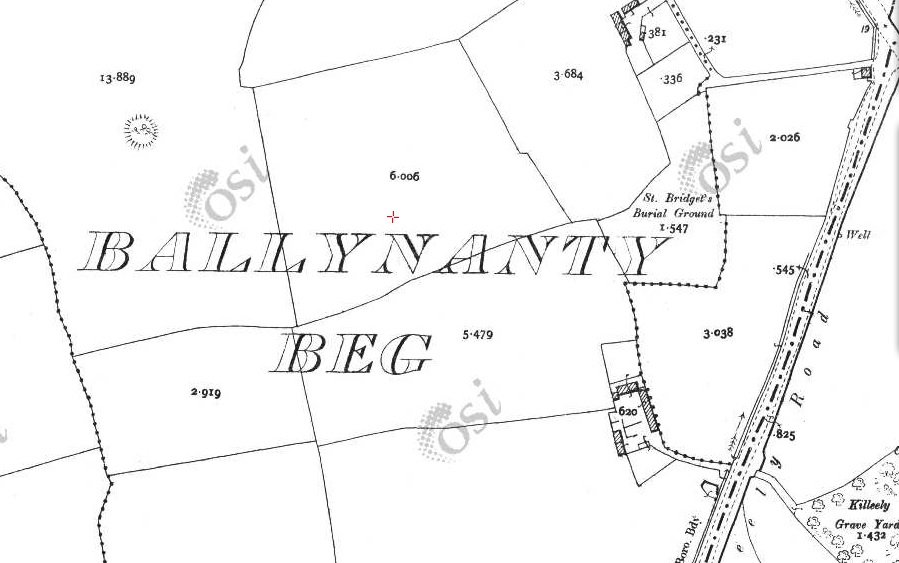 Image: OSI 1900 showing the ringed fort on the top left.