The remnants of the last remaining tower house in Limerick city is that of Fanning’s castle, which is situated just off Mary Street. Although it is known by name as Fanning’s Castle, it was not in fact a castle, but a late medieval fortified town or tower house. Dominic Fanning, a former mayor of Limerick city, reputedly built the tower for himself in approximately 1641.

The walls of the tower were built of roughly squared limestone blocks of varying sizes.  It was originally five stories high; the first storey is now, due to the passage of time and building development in the area, almost at ground level. On the last almost intact standing wall we can still see the remains of one flat-headed window divided by one mullion, on the first floor. On the second and third floor there are two ogee windows which are placed one floor above the other, the third floor windows being slightly smaller than the second floor. Finally on the top floor is a single round-headed window. The doors on the upper levels  suggest that at some point the tower would have had external balconies or stairs. The tower house would have originally incorporated a turret staircase and battlements and would have been an impressive sight on Mary Street. 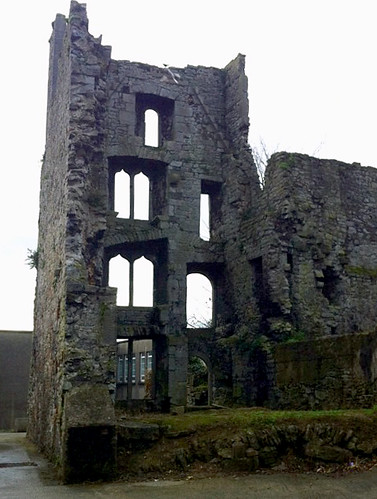