Joseph Patrick Carroll Naish, who was better known as J Carrol Naish, was born in New York in 1896. The son of a Limerick couple, he grew to become an American character actor who was nominated twice for an Academy Award. Naish was married from 1929 until his death to actress Gladys Heaney and had one daughter, Elaine. 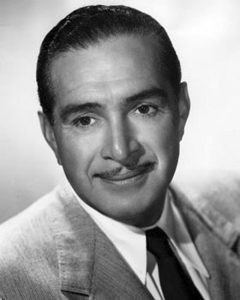 In 1957, Joseph and is wife visited Limerick for the first time and stayed in Cruise’s Hotel. The visit included a trip to the birthplace of his father, Patrick Sarsfield Naish in Ballycullen House, Askeaton. The Naish family built Ballycullen House in 1740, and they were landowners in the area. J Carrol retrieved a slate from the house which he took back to America with him.

Patrick had arrived in New York at the age of nineteen in 1890, following the death of his own father, John Carrol Naish (1841-1890). John Carrol Naish, the grandfather of J Carrol, acted as the Lord Chancellor of Ireland in 1885 and 1886. The office of Lord Chancellor of Ireland was the highest judicial office in Ireland until the establishment of the Irish Free State in 1922. From 1721 to 1801 it was also the highest political office of the Irish Parliament: the Chancellor was Speaker of the Irish House of Lords.

While in Limerick the couple also visited the birthplace of J Carrol’s mother, Catherine Moran, in Foynes. Though the couple only lived a few miles apart in county Limerick they did not meet until they were both in New York, where they eventually married and had eight children.

As a child J Carrol appeared in stage productions for a number of years as a member of Gus Edwards’ vaudeville troupe of child performers. This troupe was the starting point for many famous names including the Marx Brothers. He dropped out of school at 16 to join the Navy, saw action with the US Army Signal Corps during the First World War, and then travelled the world in the Merchant Marines. During this time he acquired a working knowledge of eight languages and many dialects.

Following the war, he performed as a singer and dancer in Paris, later taking his act to far-flung corners of the world.  It was during these travels in 1926 that Naish found himself in California after the ship on which he planned to sail to China on had mechanical troubles, and he was left “stranded”. It was there that Naish’s long film career began. His very first appearance in a motion picture was that same year in the silent film, “What Price Glory”.

He often played characters like villains and mad scientists from gangster movies in numerous Paramount pictures. He was Batman’s first on screen arch-villain Dr. Daka in the 1943 series of movies. Naish was also a supporting character in a number of horror films including Boris Karloff’s assistant in House of Frankenstein (1944). 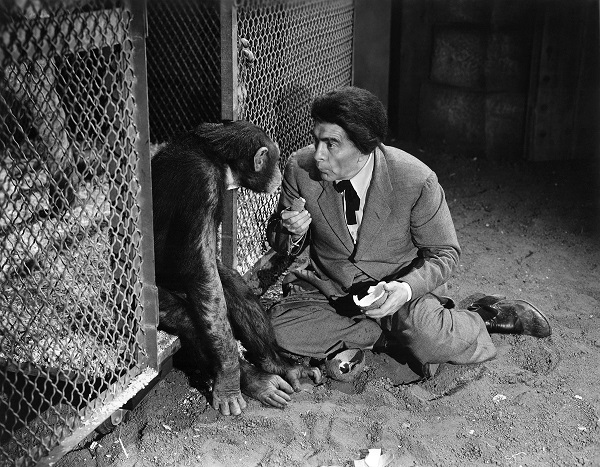 From 1948 until 1953, Naish starred in the hit radio comedy-drama “Life with Luigi”, playing an Italian immigrant named Luigi Basco, which surpassed Bob Hope in the 1950 ratings. Luigi’s popularity resulted in a CBS television series of the same name, with Naish reprising his role.

In 1956 he portrayed Charlie Chan, a thirty-nine episode television series “The New Adventures of Charlie Chan”. Twenty years earlier, Naish had played an opposing role in “Charlie Chan at the Circus” as the villainous Gangor the snake charmer.

Throughout his over forty year career spanning from silent movies to colour working on over 225 films and television shows, he only played the role of an Irishman once as General Philip Sheridan in the 1950 film “Rio Grande”.

He was famed in his time and worked with noted directors like Fritz Lang, John Ford, and Anthony Mann. He co-starred with Bogart, Edward G. Robinson, John Wayne and Ingrid Bergman.

Naish was twice nominated for an Academy Award for Best Supporting Actor, the first for his role as Giuseppe in the movie “Sahara” (1943). The award on the night went to Claude Rains for “Casablanca” and for his performance as Benny’s Hispanic father in the movie “A Medal for Benny” (1945). He won the Golden Globe Award for Best Supporting Actor for his role in “A Medal for Benny”.

In 1971, he appeared in his final film role, Dracula vs. Frankenstein, as a mad scientist descended from the original Dr Frankenstein. J Carrol Naish died of emphysema, three days after his 77th birthday, on 24 January 1973 at Scripps Memorial Hospital in La Jolla, California. He is interred at Calvary Cemetery in East Los Angeles, California. For his contributions to television, he has a star on the Hollywood Walk of Fame at 6145 Hollywood Boulevard.