Kilrush Church is known as Old Church, St. Munchin’s or St. Mainchin’s Church. St. Munchin is the patron saint of Limerick. The name Munchian was not an actual birth name but a play on “little monk”.  This small Early Christian church is situated in the grounds of Old Church, near Barrington’s Pier on the west side of the Shannon.

It is first mentioned in 1201, and is listed in the Papal Taxation of 1302-7, but is generally believed to be much older, possibly dating from the tenth century. It is a rectangular building with walls and gables almost intact. Inserted in the south wall is a rectangular window said to have been taken from the Franciscan Chapel in the City which is inscribed with Gothic lettering in false relief. The building was restored in the early 1900s. It is now situated in a cul de sac just off the North Circular Road. 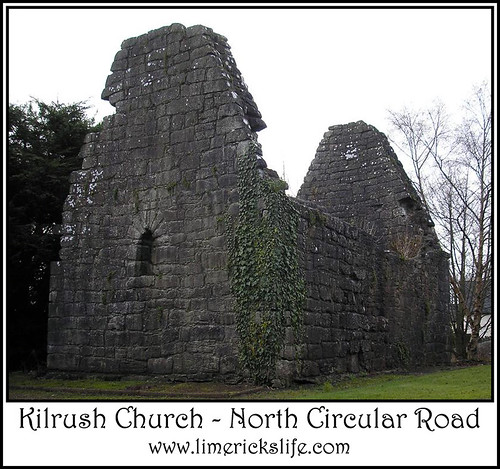