Did You Know? Limerick Facts 2 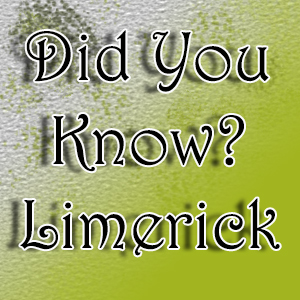 Limerick has a wide and varied history. We have compiled a series of our “Did you know” facts which we regularly post to our Facebook Page and Twitter Account. Some of the below facts are humorous, some are tragic but they all are interesting in their own right. Read, Tell, Remember.