Limerick Through The Lens, 1934 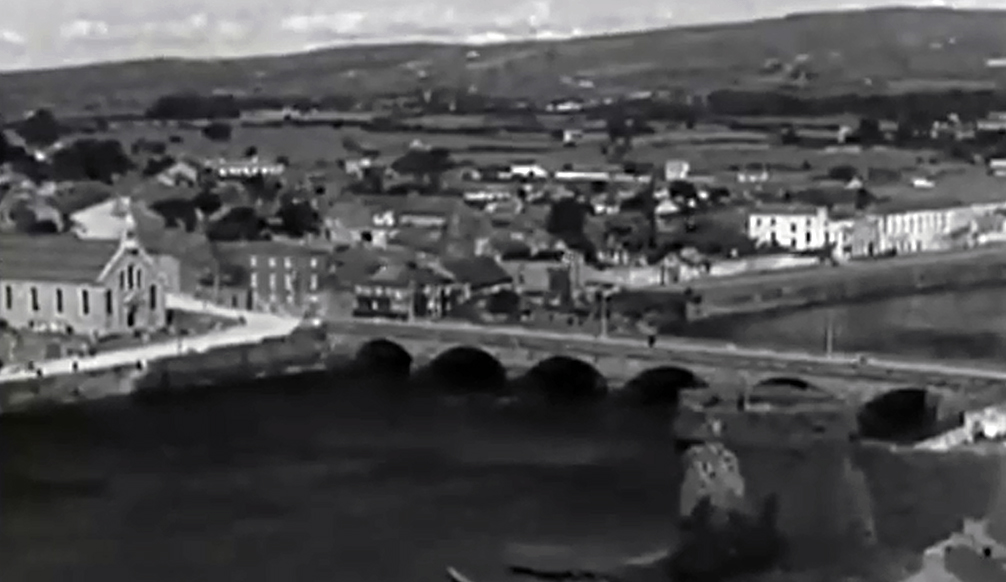 In 1934, Metro Golden Mayer (MGM) released a short film called “Ireland, The Melody Isle”. It was part of James A Fitzpatrick’s Travel Talks “The Voice of the Globe” in which they took their cameras around some “traditional” scenes. This was filmed for an American audience to reminisce of their home over the sea.

They paid a visit to Limerick mounting their camera atop St. Mary’s Cathedral taking in a view that is still very familiar even with the passing of almost 80 years.

In the background we hear the second verse of John L. Russell’s “Where the Shannon River Flows”

There is a pretty spot in Ireland,
I always claim for my land,
Where the fairies and the blarney,
Will never ever die,
It’s the land of the shillelagh,
My heart goes back there daily,
To the girl I left behind me,
When we kissed and said good-bye.

Where the dear old Shannon’s flowing,
Where the three-leaved shamrock grows,
Where my heart is I am going,
To my little Irish Rose,
And the moment that I meet her,
With a hug and kiss I’ll greet her,
For there’s not a colleen sweeter,
Where the River Shannon flows.

There’s a letter I’ll be mailing,
For soon I will be sailing,
And I’ll bless the ship that takes me,
To my dear old Erin’s shore,
There I’ll settle down for ever,
I’ll leave the old sod never,
And I’ll whisper to my sweet heart,
‘Come and take my name ashore.’