Limestone ashlar abutment piers. Limestone setts to carriageway, c. 1995. Bridge gives access to nineteenth-century multiple-bay two-storey limestone rubble buildings to the north of the canal. A tour of the Canal for the Riverpaths. 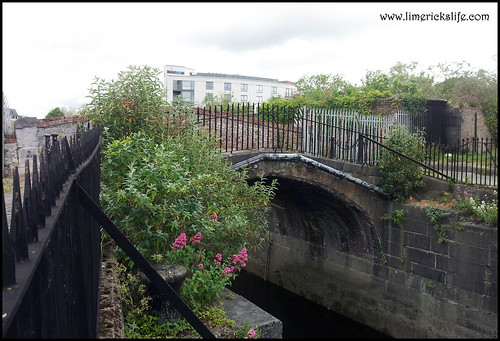