Who was Margaretta Eagar? The Governess of the last Russian Royal Family

A Limerick woman Margaretta Eagar was the governess to the daughters of the last Tsar of Russia from 1898 until 1904 when she retired with a pension. 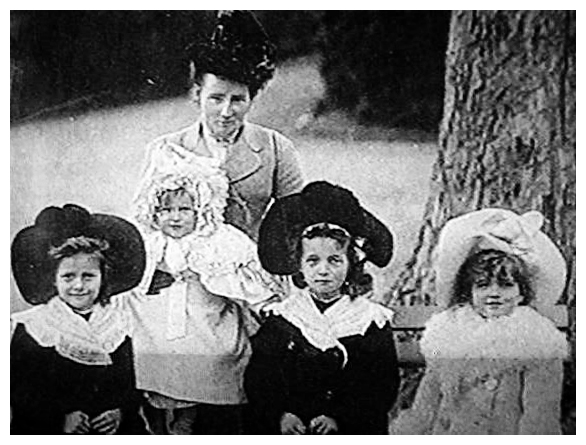 Margaretta Eagar with the four daughters of the Tsar

Francis McGillycuddy Eagar (1823-1902) and  Frances Margaret Holden (1831-1913) were married on April 18, 1855, in King County (Offaly).  From 1862 to at least 1880 Francis was the governor of Limerick County Gaol, previous to this he was the governor of Naas Gaol. The couple retired to the West End, Kilkee, Co. Clare. After the death of Francis McGillycuddy his wife Frances moved in with their daughter Jane and her husband Alister Macleod in Wicklow. They were of the established Church of Ireland faith. The couple had eleven children:

Margaretta Alexander was born in Limerick, Ireland on 12 August 1863. She was trained as a medical nurse in Belfast and worked as matron of an orphanage.

In 1898 Margaretta Eagar was appointed nurse to the daughters of Tsar Nicholas II. She had been recommended to the family by Emily Loch to the Tzarina Alexandra. She arrived at the Winter Palace in Russia on the 2 February 1899.

It was with Margaretta that the four daughters of Tsar Nicholas II, began learning English and, by 1904 they had developed a slight Limerick accent in their pronunciation. This was corrected under the instruction of Charles Sydney Gibbs.

It was noted by the Grand Duchess Olga Alexandrovna, the younger sister of  Tsar Nicholas II that Margaretta had a great love of politics. The Grand Duchess recalls that as a toddler, Maria (the third daughter of  Tsar Nicholas II) had once escaped from her bath and ran naked up and down the palace corridor while Margaretta discussed the Dreyfus Affair with a friend.

She remained with the family until the 29 September 1904, in her book she cited personal reasons for leaving Russia. Margaretta received a pension from the Russian government for her time as a governess.

She exchanged letters with the grand duchesses for years after leaving Russia describing her work as a governess for other families and reminiscing of her time there. The grand duchesses along with their younger brother and parents were on July 4, 1918.

In later years, Margaretta ran a boarding house at 27 Holland Park Gardens, London. Her probate record confirms that Margaretta passed away on August 2, 1936 at The Grange Nursing Home Keynsham, near Bristol. She left her effects worth £218 18s 6d to her sister Jane. 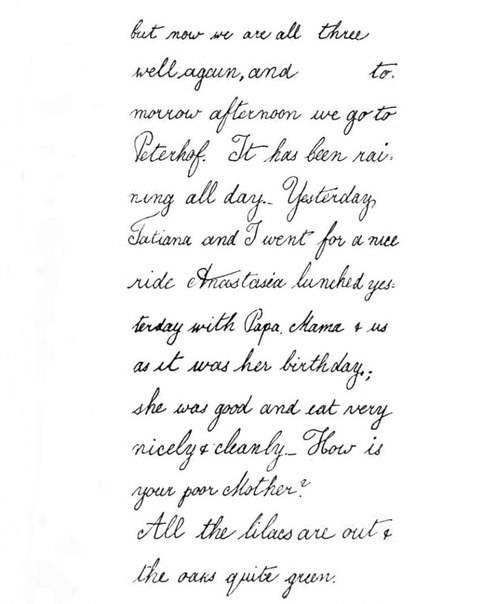