Who was Mary Ann Cooligan? The 17 year old wife of William Cooligan

Many thanks to Ann Nolan for sharing the information on Mary Ann Cronin Cooligan
Mary Ann Cronin was the daughter of David Cronin she married William Cooligan on the 24 November 1859 aged approximately 17 years.
She passed away in childbirth on the 6th of September 1862 and was buried on the 10 September 1862 in Mount Saint Lawrence Cemetery where her name on the register was recorded as Mary A Culican with no age given. Her plot number was 157 Pb.
Her headstone reads : “Sacred to the memory of Mary Ann Cooligan the beloved daughter of David Cronin who died September 6th 1862 aged 20 years“ 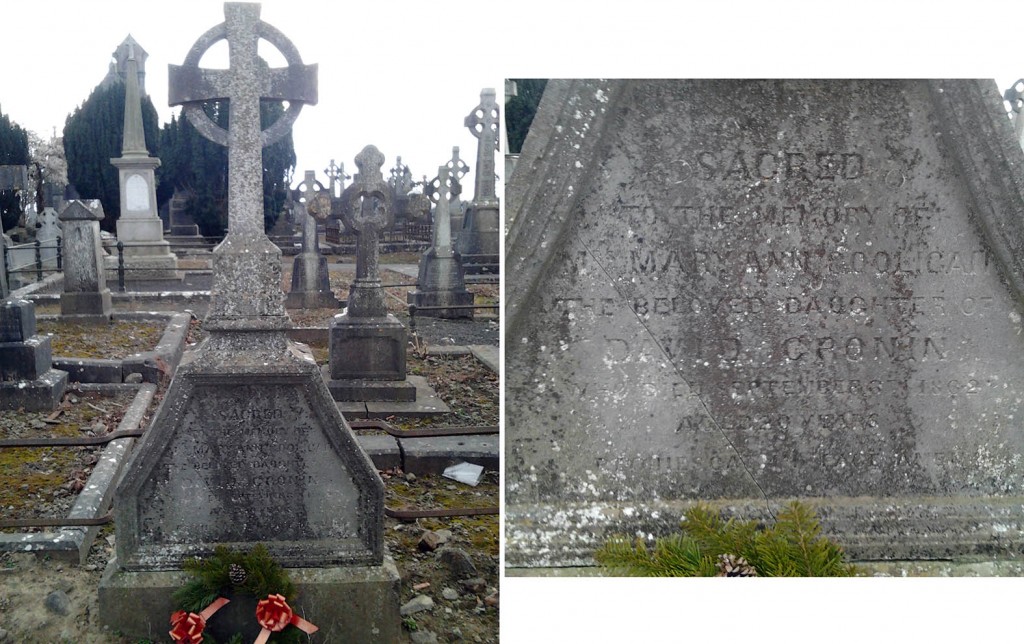 Her husband William Cooligan would remain in close contact with the Cronin family. His mother-in-law Hanora Cronin of 9 Robert Street was present at his death on 21 June 1895. He was also interred in their family plot 151 Pb on 23 June 1895 aged 72 years. (He was recorded as 77 years old on his death certificate)
He was living on Catherine Street and was the caretaker the Savings Bank on Glentworth Street at the time of his death. He was a former constabulary member and was receiving a pension for this occupation.
, and his name was recorded as Coolican in the Limerick Chronicle. His funeral took place at St Michael’s Church.