Mathew Bridge – A link to the new city 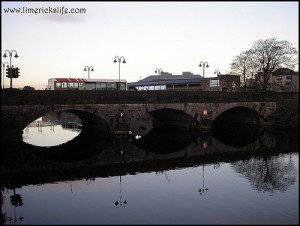 Looking from Bank Place to the Potato Market

In 1761, the old walls of the city were torn down and the city began expanding into the Newtownpery. With this a bridge was erected across the Abbey River between King’s Island and the new custom house building.

As the population of Newtownpery grew, this bridge was deemed insufficient for amount of traffic using it each day and Mathew Bridge was erected.

A plaque on the bridge reads:

Constructed for in the year 1844 during the Mayoralty of the Right Worshipful William I. Geary M.D. The expenses of its erection borne by the Corporation and by Presentments from the County and City Grand Juries. Opened in the Month of June 1846. The Right Worshipful E.F.G .Ryan Mayor. W.H. Owen Architects. John Duggan Builders. John F. Raleigh Esq. Town Clerk. Francis I. O’Neill Esq. Treasurer.

Mathew Bridge was named after Fr. Theobald Mathew a friar who launched a national temperance movement. In 1846, he had obtained 180,000 disciple in Limerick. When you consider that the population of both Limerick city and county at the time was about 250,000 this was an enormous number of teetotallers.

There is a benchmark in the centre of Mathew Bridge marking its position on the ordnance survey map of the nineteenth century. 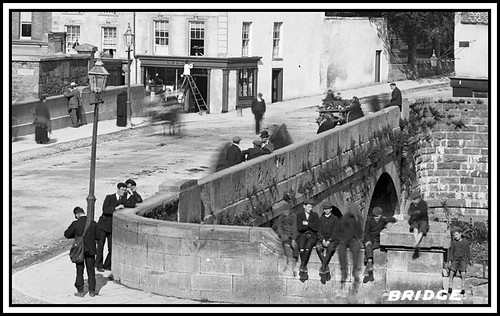