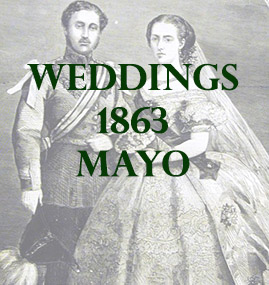 In the Roman Catholic Church of Castlebar, Simon P. Armstrong, Esq., of Tipperary to Mary Elizabeth, daughter of the late Henry Murphy, Esq., of Castlebar