During the Open House October 2014 we had access to the Military Cemetery and were able to take the images found below.

The Military Cemetery is located on King’s Island, now nestled into St Mary’s Estate, to the rear of a private dwelling. Within the boundaries of the 0.6 hectare site are over 150 burial plots including 39 named Commonwealth War Graves. This cemetery was consecrated on the 11th of August 1856 and is used up to the present day. All obituaries linked in this post come from the Limerick Local Studies Collection.

The first person to be buried here was Augustus Charles Cowen of  Military Road. He was a Second Class Surgeon, Provisional Battalion, Limerick Garrison, served in 46th, 48th Regiments, and 7th Dragoon Guards. (Funeral report from the Limerick Chronicle 13/08/1856). His funeral took place in a wooden shed erected on the grounds for the occasion. This is his grave: 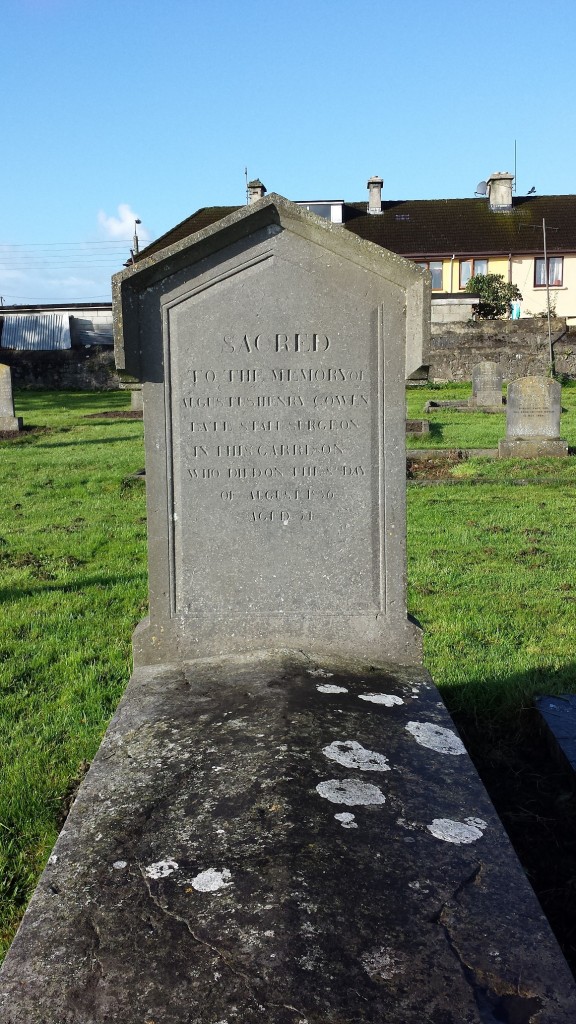 To the memory of Augustus Henry Cowen Late Staff Surgeon in this Garrison who died on the 8th Day of August 1856 age 54.

The following are examples of the headstones within the graveyard, this is not a complete survey. 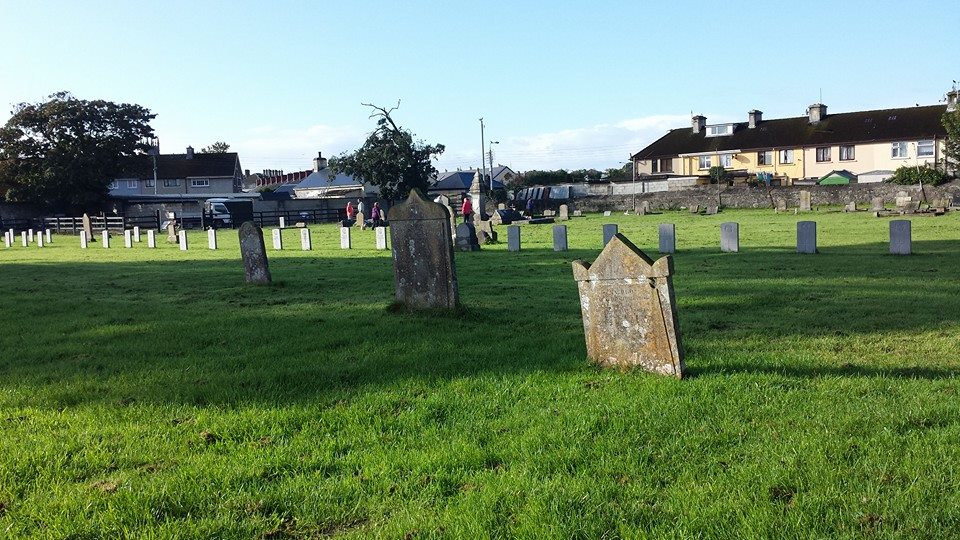 In memory of Mary Jane daughter of William Henry and Anne Shute his wife, died 10 November 1869 age 11 years  and 6 months, her end was peace, to know her was to love her. 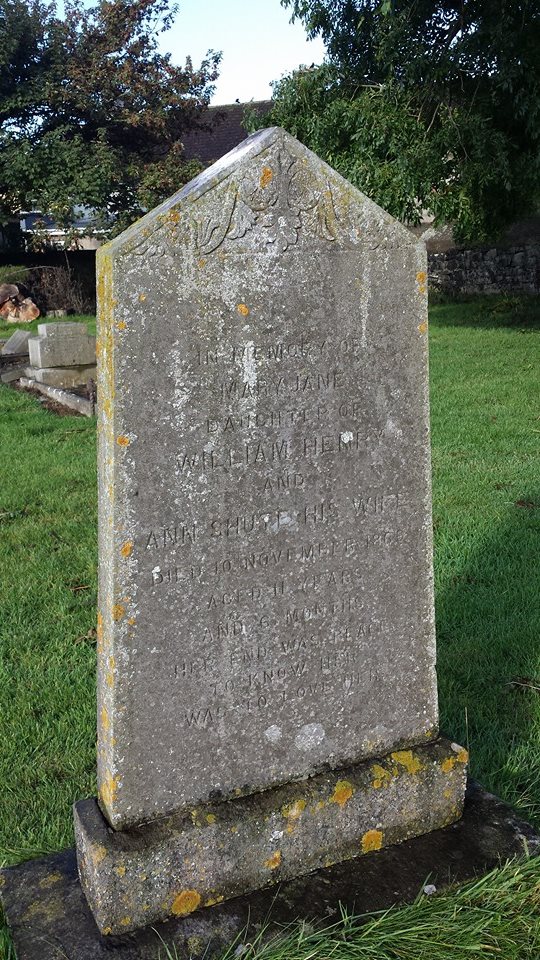 Sacred to the memory of Sergeant George Willis. Who departed this life  8 June 1861… 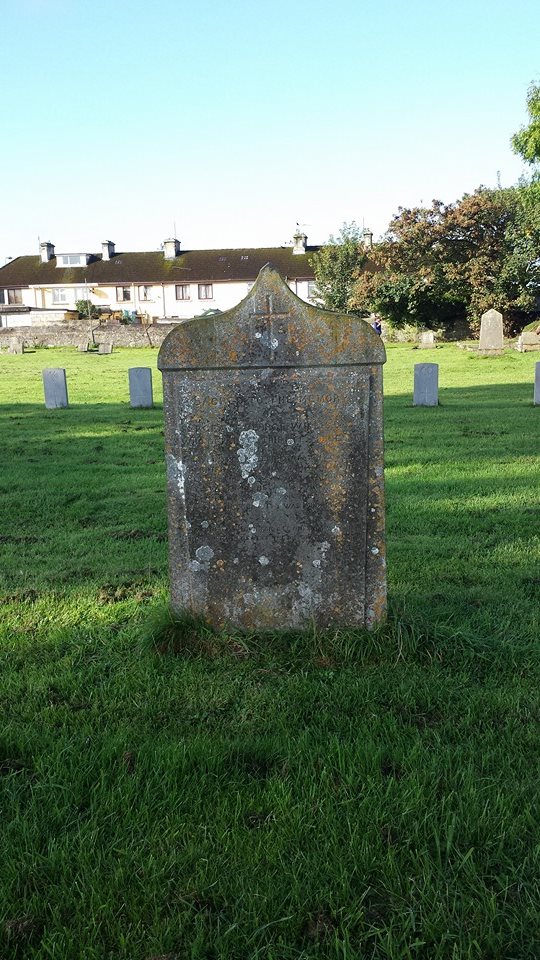 Scared to the memory of William Carroll son of C Sej I S Carroll, who died October 1856 aged 8 years 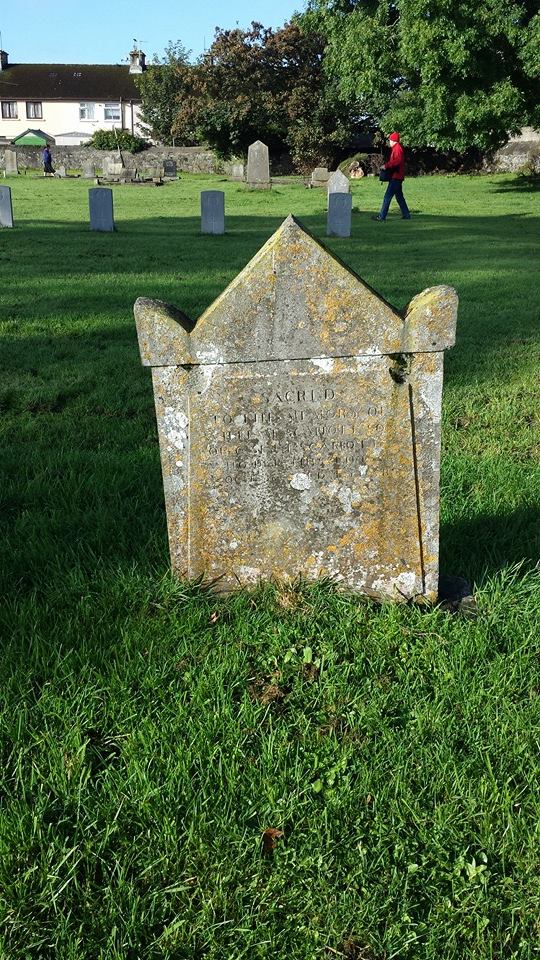 Sacred to the memory of Quarter Master Sergeant Thomas Woodman The Buffs 20th Battalion. Died August 29th 1874 aged 35 years. This stone was erected as  mark of respect by his brother Sergeants… passed.. 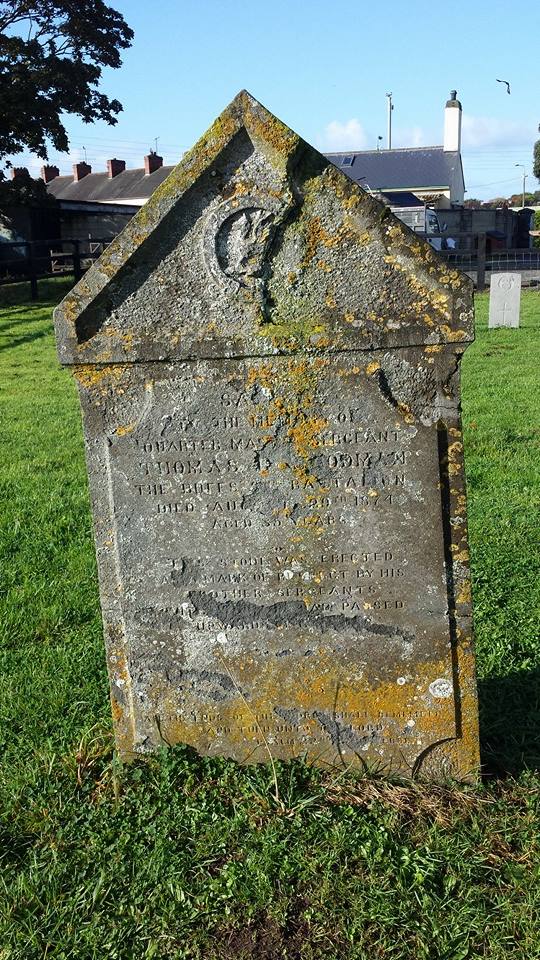 Sacred to the memory of Lieutenant Wm Hopper Lorentz Moyle of the 10th R I C of I OOT the beloved son of John Grenfell Moyle who died at Limerick at the early age of 22. 18 November 1856 from Typhus. (William was born on the 18 March 1839, on board the ship ‘Duchess of Northumberland’. He died in the Castle Barracks) 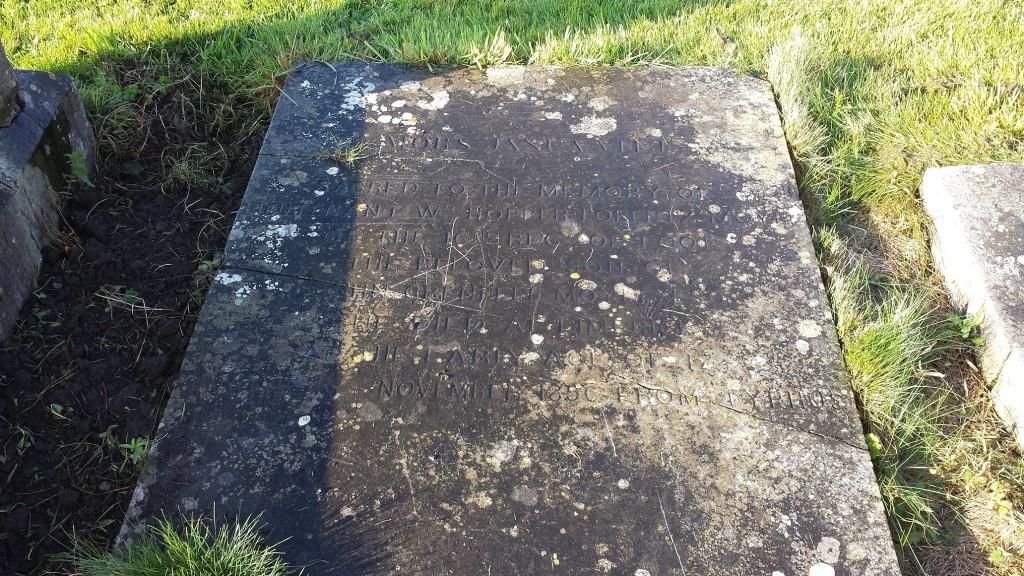 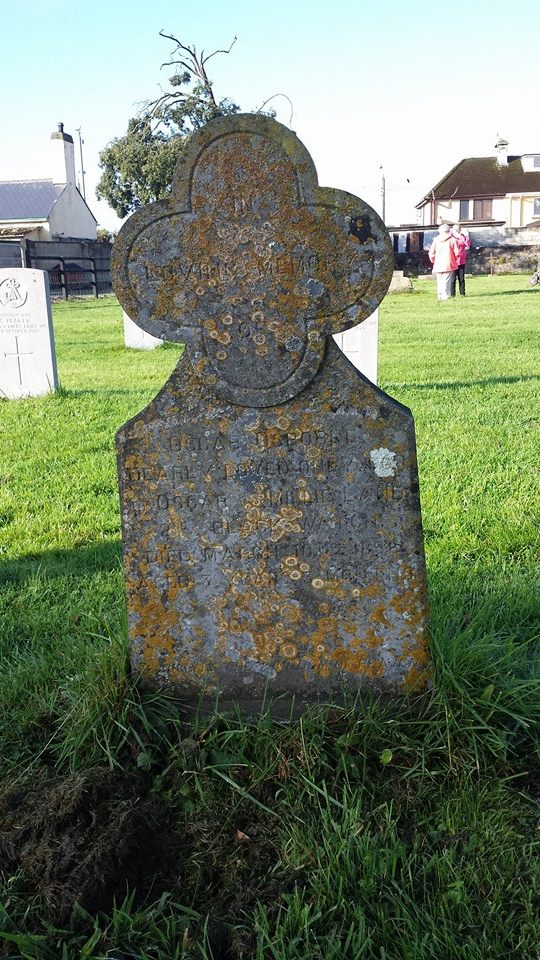 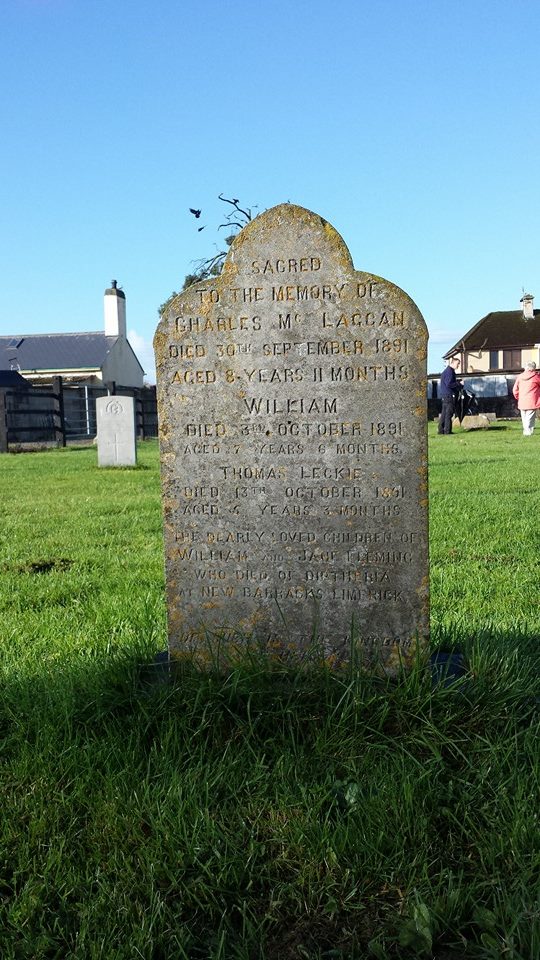 Sacred to the memory of Ann Tye born at Bromley Kent, 15th Feb 1823. Died at Limerick 19th May 1887. Years faithful servant of Major B Lowsley R.E. and His Wife. (On her death certificate she was recorded as a spinster domestic nurse she died at 12 The Crescent, the home of the Lowsleys) 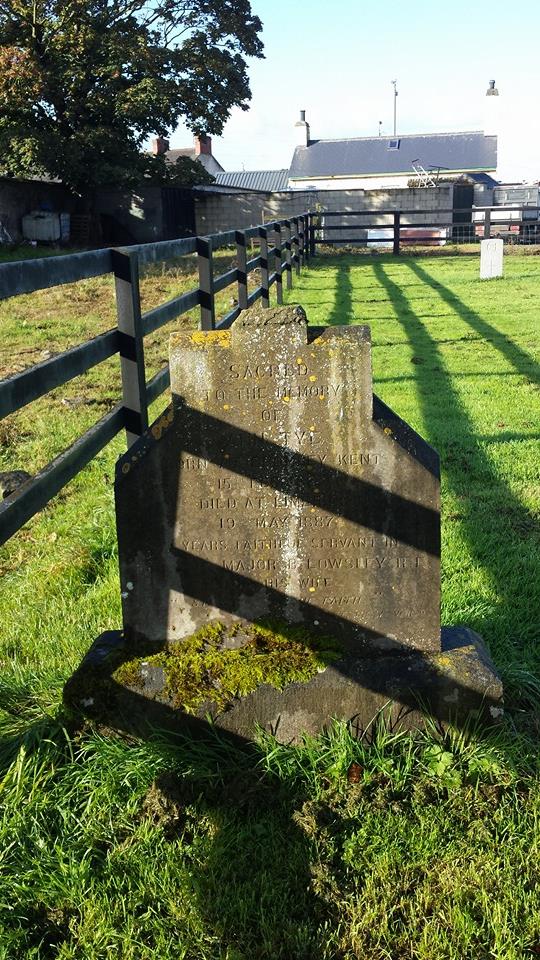 In memory of Bomber Ed Clarke, F Battery 4th Bt R.A. who was killed by accident on the 17 July 1871. Erected by his sorrowing comrades. 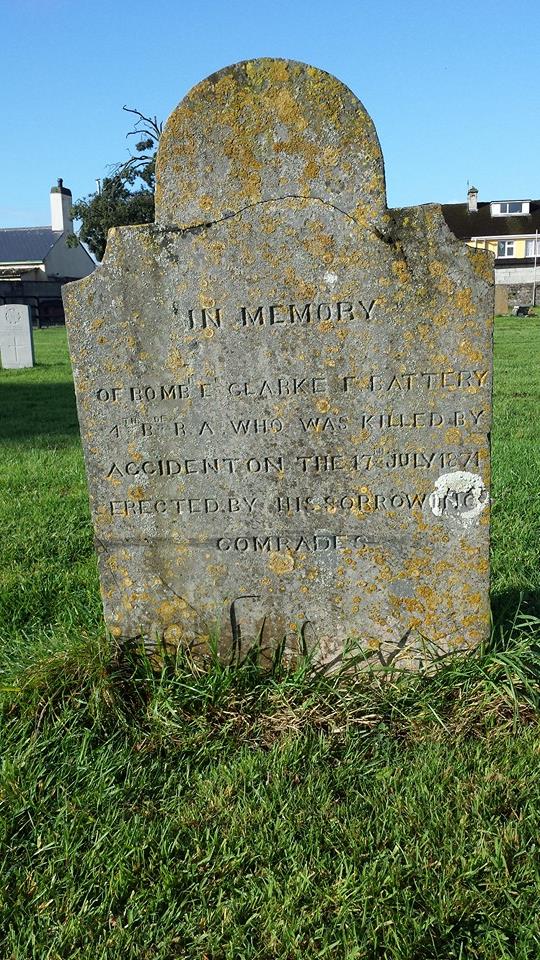 Sacred to the memory of Edward Joyce 20th Hussars who entered into rest 13 Oct 1883. Thy will be done. Erected by his loving parents. (He was a Private and 21 years old at the time of his death which took place at the Station Hospital) 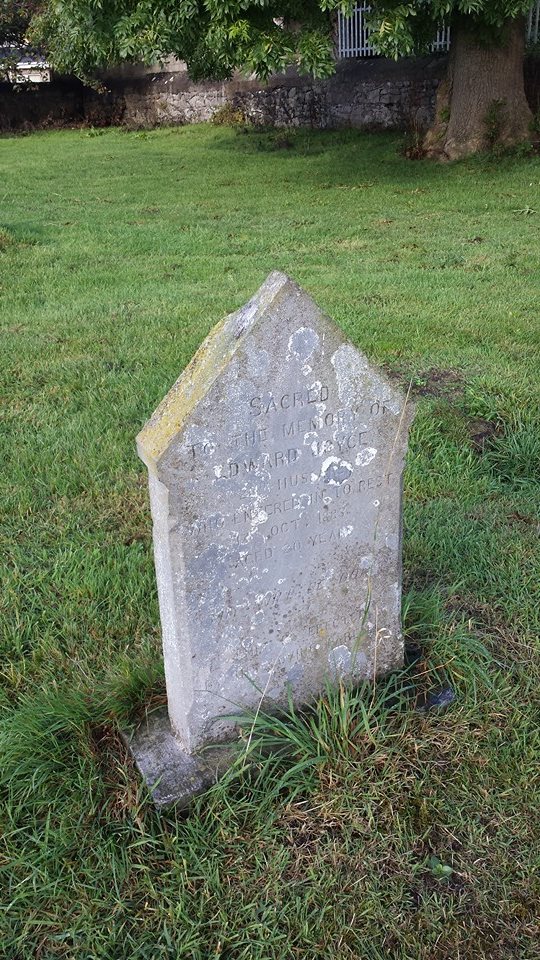 In ever loving memory of Helen Mary, beloved wife of Francis S. Haselbeck who died Nov 16th 1956 aged 68 years. Thy will be done. (Her husband was a famous Limerick photographer) 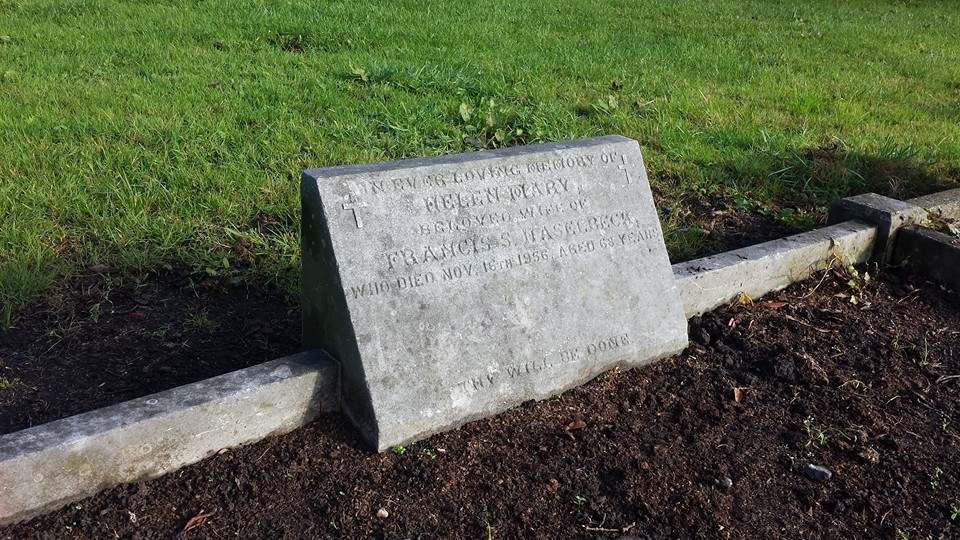 In memory of John beloved child of Mr Serj H Langbridge RE and Annie his wife, who died 29th July 1871 aged 1 year and 9 months. For little children come unto me. 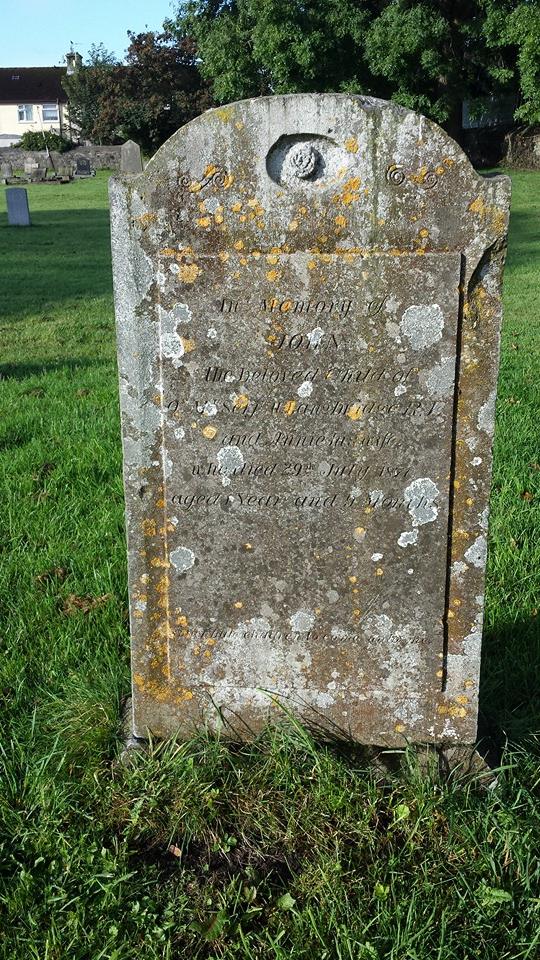 Others known to be buried in this cemetery are:

Thomas Wilkinson of the New Barracks death reported on 11 May 1912. 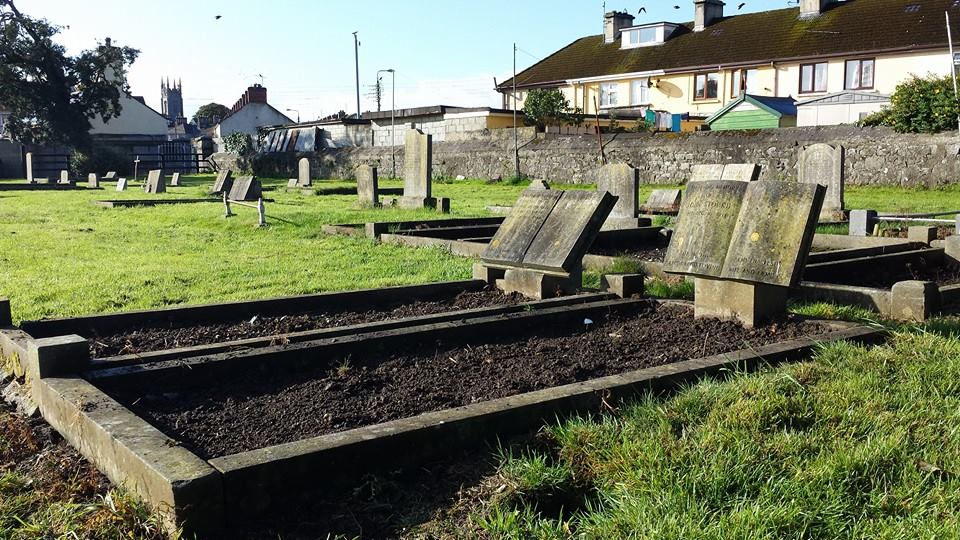 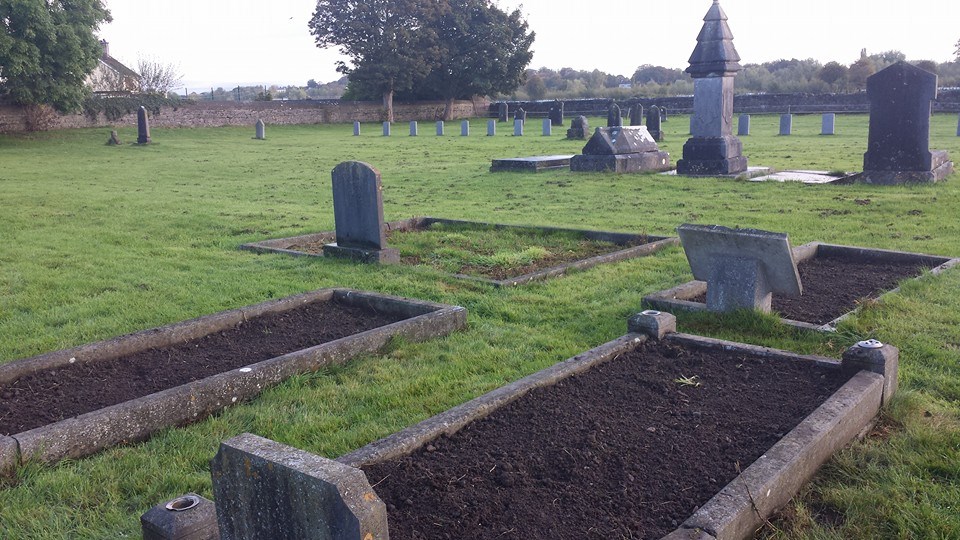 You can see the names of the 39 CWGC graves here.