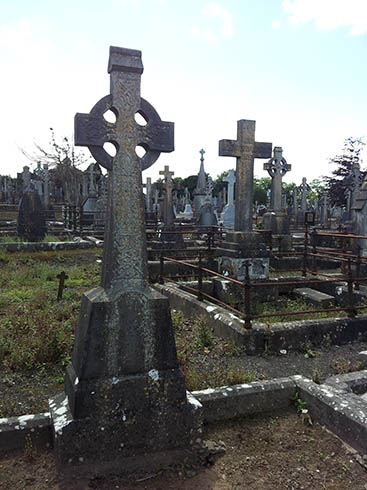 Mount Saint Lawrence Cemetery is the largest cemetery in Limerick. The cemetery was officially opened in 1849 to accommodate the rising population and the over flowing graveyards in the city. The first recorded burial took place in March 1855. Burials continue to take place in this cemetery today. Currently there are an estimated 70,000 people buried in this cemetery.

Below are transcriptions of the burial register for Mount Saint Lawrence Cemetery.

Where possible a link has been added of obituary reports from the Limerick City Library Local Studies directory of Obituaries from The Limerick Chronicle .

Where possible a photograph of the street or building of residence has been added.