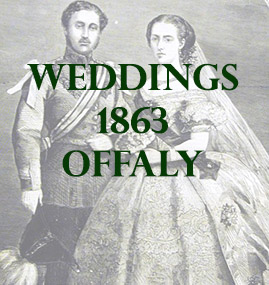 At Parsonstown, on the 10th inst., George Gilmour Esq., 21st Fusiliers, to Rebecca, daughter of John Fossitt, Esq., of The Island, King’s County

At St Peter’s Church, Dublin, William Bellingham son of the late Major Samson Carter, of Barmeen, in the county of Dublin, to Rebecca Catherine, daughter of Laurence Parsons, Esq., of Birrview, King’s County