In September 1881 an unusual case was brought before the Limerick City Petty Sessions by Mary Kearney of Colooney Street (Wolfe Tone Street).  Mary was looking for £1 for services rendered. The defendant Edmond Fitzgerald of Hartstonge Street wished to find a cure for an illness that was afflicting him. He made inquiries through his servant and a Mrs Kennedy of Hartstonge Street if a woman could be procured to ‘pay rounds’ (say prayers) at St Patrick’s Well, Singland.

Edmond sent a large cross to Mrs Kennedy who recommended Mary. She collected water from the well on Ash Wednesday, Holy Thursday and Good Friday. On one of the days when Mary went to say the prayers and fetch the water it was a miserable wet day and her clothing was soaked through. When she retrieved this water she used it to bathe Edmond’s head and shoulders.

While being examined Mary was asked what her occupation was and if she was a witch and she responded with ‘I am an honest woman, sir. I never did it before, and I am sorry I had anything to say to this gentleman. If I thought he was what he is, I would not have done it at all’. When asked about the bottles in which the water was carried she told the court that they were brandy bottles.

It was revealed that Mr Fitzgerald was a Protestant and the prosecution on discovering this stated ‘surely the water could have no influence upon him! The water was therefore wasted on him’.

When Edmond was asked why he refused to pay he told the court that ‘this woman came to my house to annoy me’ and called him a ‘mean wretch’.  He also stated that he offered her three shillings which the defence stated ‘would not buy fuel to dry her clothes’. Edmond then stated that he would have paid her fairly if he had been cured.

The judges unanimously awarded 15 shillings and costs not due to the healing powers of the water St Patrick’s Well but as the plaintiff carried out the job for which she was employed. Edmond Fitzgerald passed away two years later at 94 years old. 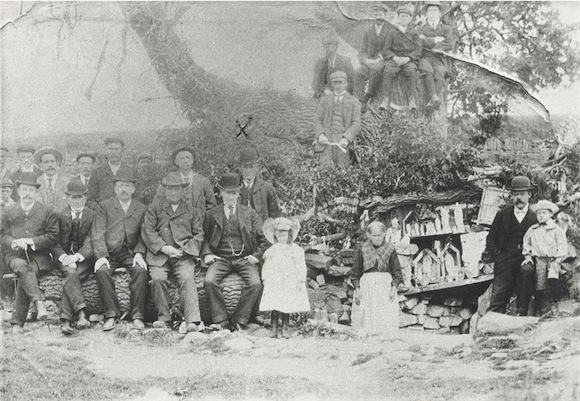