The Plaques of Abington Church 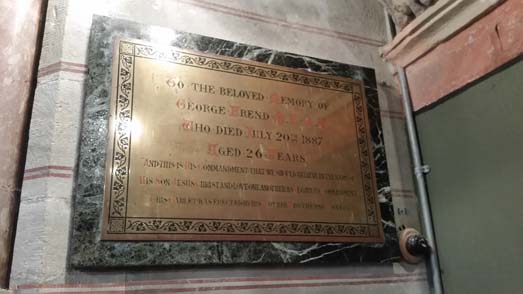 The following plaques are inserted into the internal walls of Abington Church (Church of Ireland), Murroe, Co. Limerick. This church was opened 7 November 1870 replacing an older church in the parish. Where possible obituaries from the Limerick Library Local Studies Collection have been linked.

To the beloved memory of George Frend M.A.M.D. Who died July 20th 1887 aged 26 years. And this is his commandment that we should believe in the name of his son Jesus Christ and love one another as he gave us commandment. This tablet was erected by his mother brothers & sisters. 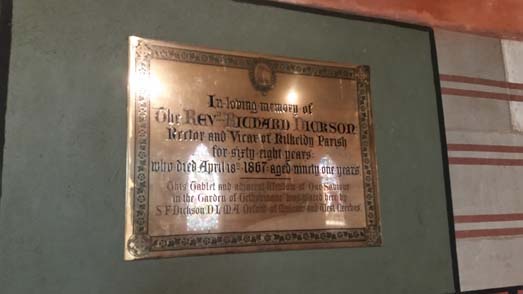 In loving memory of The Rev Richard Dickson rector and victor of Kilkeldy parish for sixty eight years who died April 18 1867 aged nintey one years. This tablet and adjacent window of Our Saviour in the garden of Gethsemane was place here by S.F. Dickson D.L.M.A. Orford of Mulcair and West Creebes. 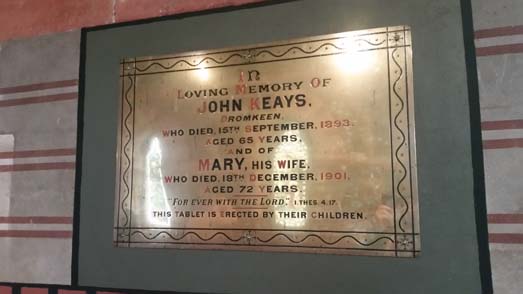 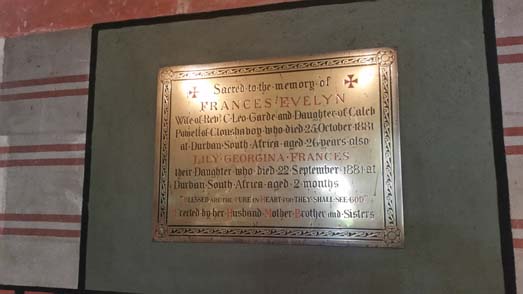 Sacred to the memory of Frances Evelyn wife of Rev C. Leo Garde and Daughter of Caleb Powell of Clonshaboy who died 25 October 1881 at Durban South Africa aged 26 years also Lily Georgina Frances their daughter who died 22 September 1881 at Durban South Africa aged 2 months. “Blessed are the pure of heart for they shall see God”. Erected by her husband, mother, brother and sisters. 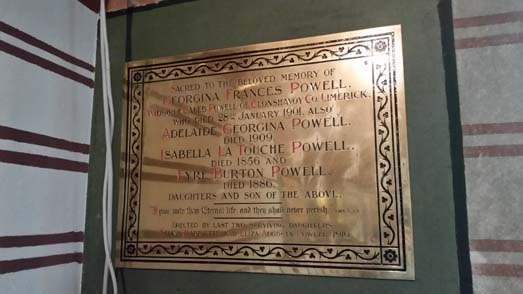 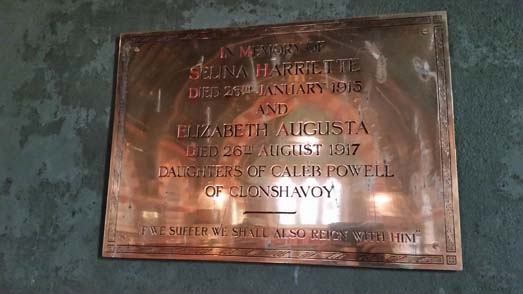 In memory of Selina Harriette died 26th January 1915 and Elizabeth Augusta died 26th August 1917 daughters of Caleb Powell of Clonshavoy. “If we suffer we shall also reign with him”. 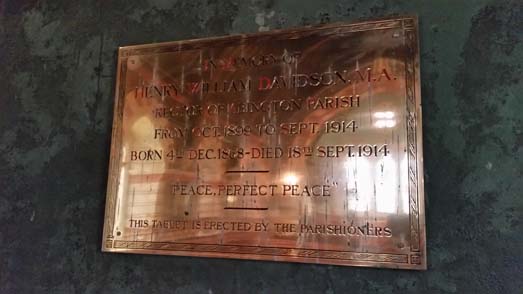 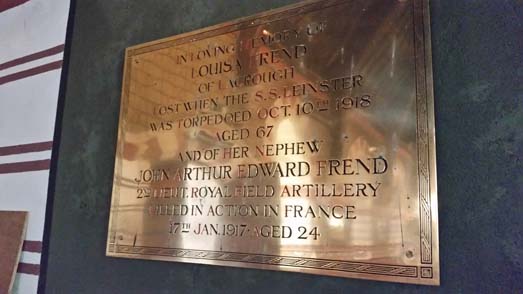 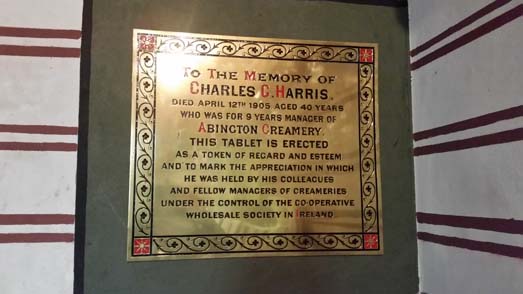 To the memory of Charles G. Harris died April 12th 1905, aged 40 years who was for 9 years manager of Abington Creamery. This tablet is erected as a token of regard and esteem and to mark the appreciation in which he was held by his colleagues and fellow managers of the creameries under the control of the co-operative wholesale society in Ireland. 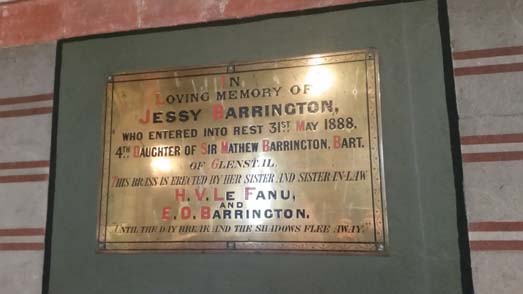 In loving memory of Jessy Barrington who entered into rest 31st May 1888, 4th daughter of Sir Mathew Barrington, Bart. of Glenstal. This brass is erected by her sister and sister-in-law H.V. Le Fanu, and E.O. Barrington. “Until the day break and the shadows flee away” 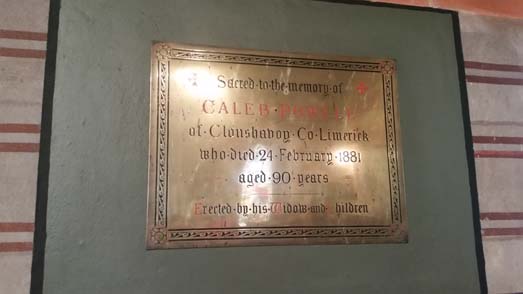 Sacred to the memory of Caleb Powell of Clonshaboy Co. Limerick who died 24 February 1881 aged 90 years. Erected by his widow and children. 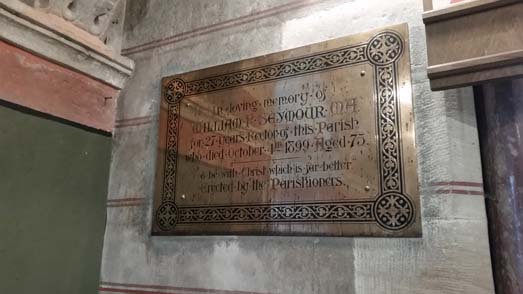 In loving memory of William P. Seymour M.A. for 27 years Rector of this Parish who died October 4th 1899 aged 75. “o be with Christ which is far better” Erected by the Parishioners.