President Bill Clinton in Limerick in 1998 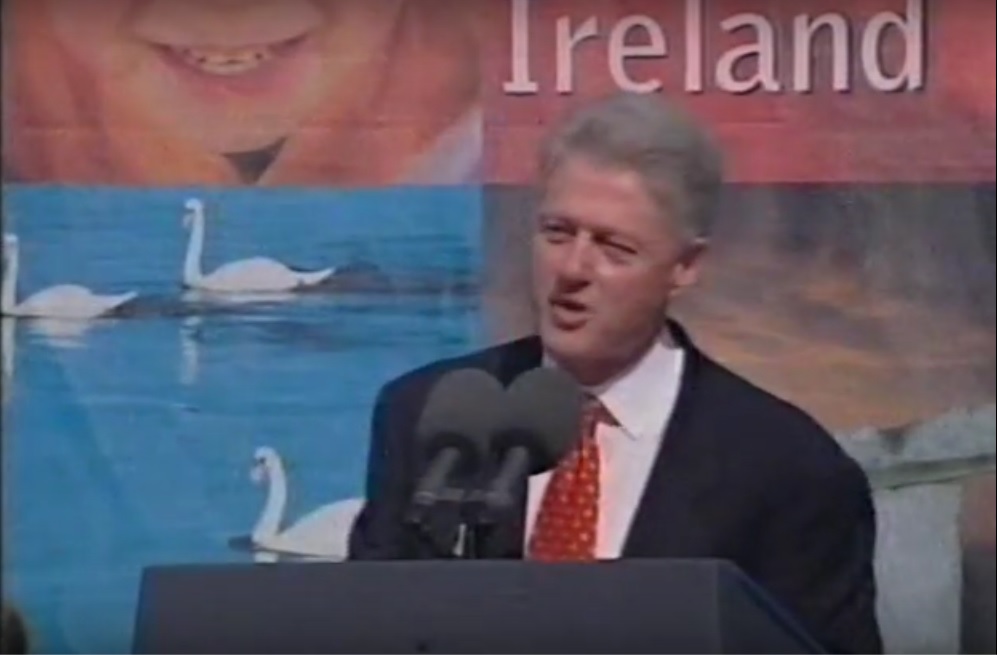 In September 1998, approximately 40,000 people showed up to catch a glimpse of the President of the United States Bill Clinton and his wife Hilary Clinton.

At a public event on O’Connell Street Bill Clinton was granted the freedom of the city by the Mayor of Limerick, Joe Harrington. T

he couple arrived into Shannon airport on Air Force One and spent a night in Adare Manor. During their visit the President enjoyed a helicopter journey to Ballybunion golf course while his wife Hilary visited Clare.

The following three clips of President of the United States of America Bill Clinton’s visit to Limerick in September 1998 are via George Lee‘s youtube channel. The clips include scenes from the crowd and period adverts from that year.