The Prince of Siam in Kilkee 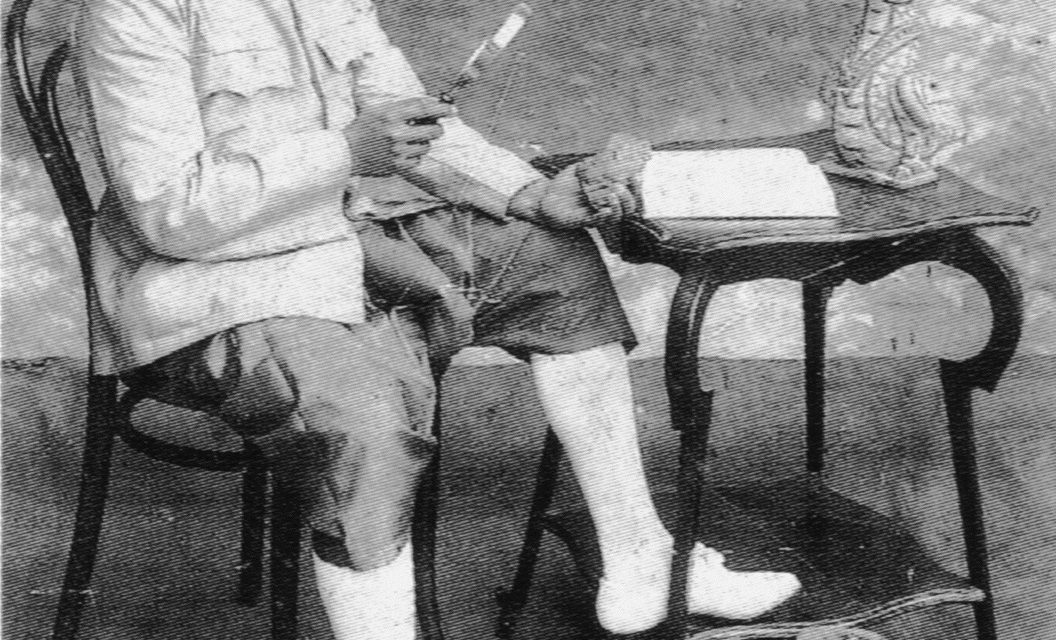 During the reign of Queen Victoria and as today Kilkee was the place to holiday for many Limerick families. One of those families from Limerick who stayed in Kilkee was the Eagars. Their daughter Margaretta Eagar, became the nanny to the children of the last Tsar of Russia. During her time with the Russian royal family she would meet with royalty from all over the world. Though, for Margaretta this was not her first time meeting with royalty as she writes in her autobiography ‘Six Years in the Russian Court’ about her interaction with members of royal families in Kilkee. 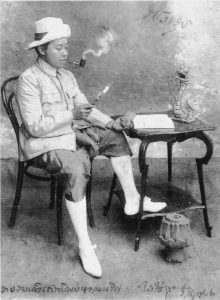 The Crown Prince of Siam dressed as Sherlock Holmes

The first of these was the Crown Prince of Siam Maha Vajiravudh (1880-1925). The Prince was educated in England in the 1890s, here he attended the Royal Military College, Sandhurst and later Christ Church, Oxford. While on holidays from school he and a few of his classmates planned a trip to Kilkee. During the late Victorian period Kilkee was the place to visit as it was a newly established bustling seaside resort.

On their arrival, the young students became involved in an event that was being held to raise funds for the poor. Margaretta was one of those involved in this event which involved a tableau and musical accompaniment. The Prince wanted to play his part but was offered excuse after excuse until he finally snapped and exclaimed “I know why you will not have me. It is because I am an Eastern. Well, I’ll make a tableau all for myself.”

With that he set off in search for the items he required for his own scene. He “re-appeared with an armful of curtains, table-cloths, etc. Throwing these down in a corner of the hall, he went out again, and presently returned with all the false jewellery the village shops could supply, and announced that he intended to personate the Queen of Sheba when she had seen Solomon’s magnificence.” Soon he had dressed the platform to represent an Eastern interior, and, draping himself in a shawl and sat crossed legged in the middle of the stage.

On the evening of the event his was proclaimed the finest tableau as it was so out of the ordinary for Kilkee. When Margaretta met him again in Russia a few years later he was wearing a Russian uniform, and she stated that he “looked about him with the same bright, interested expression he had worn in Ireland. Naturally he did not recognise me”.

Margaretta also met Prince Louis of Battenberg (1854-1921) the grandson in law of Queen Victoria while working for the Russian royal family. She took the opportunity to ask him the truth behind a story she heard while in Kilkee during his visit some years before. 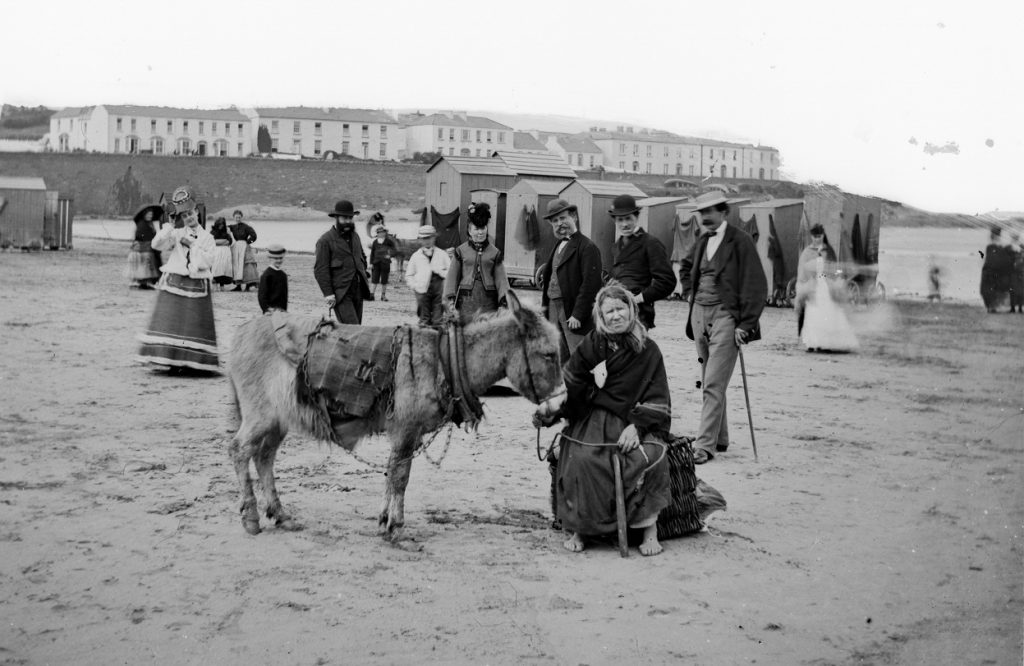 Kilkee in the 1890s (Lawrence Collection)