Women in Public Houses in 1909 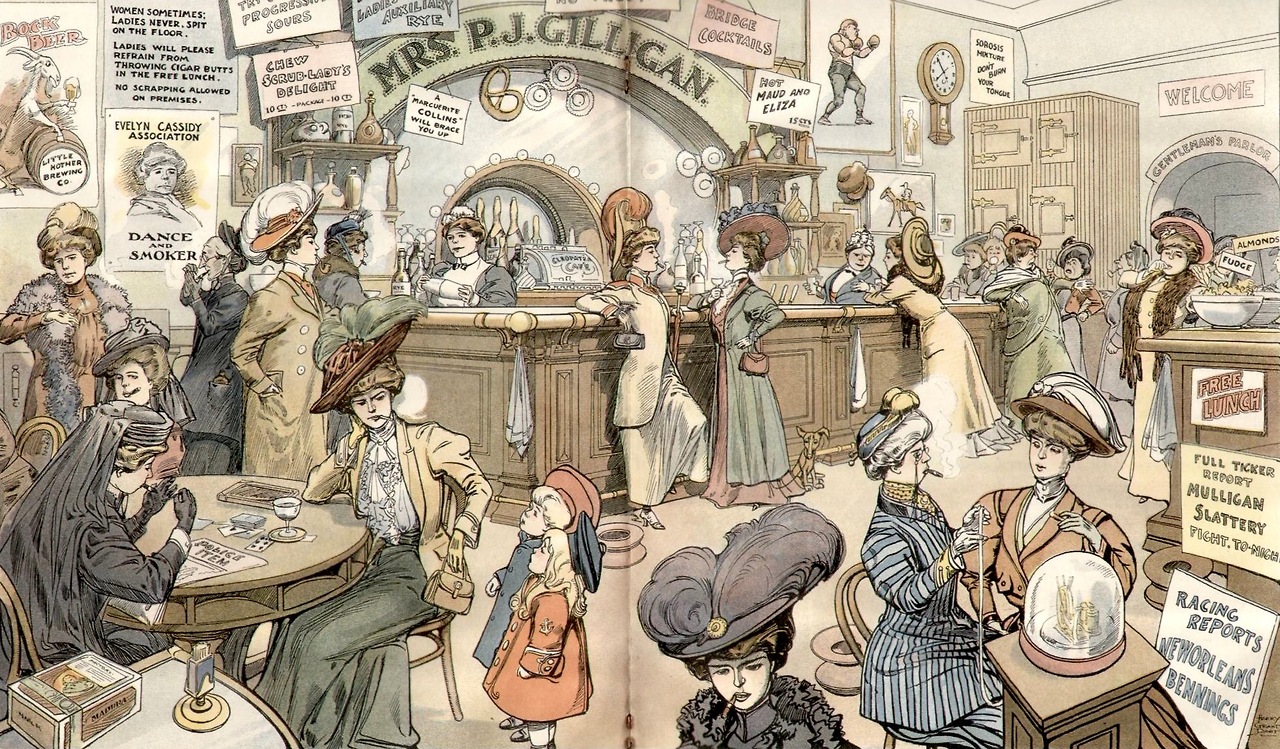 At the Limerick Petty Sessions recently, the Mayor, who presided, said he was glad to be able to state that in the city of Limerick the number of cases of drunkenness had decreased by 300 in the last twelve months.

In view of that it was regrettable to find in the press, a statement that he as a magistrate could say was thoroughly untrue, that the practice of women going into public houses was more prevalent in Limerick than in any other city. From his own knowledge of the state of Limerick he knew that the women of the city went into the public house to purchase groceries and household goods, almost” all the public houses having grocer’s shops in connection with them, he should also say that some of them went in for drink —it was done all over the World to some extent; but from his knowledge of the facts, the statement made regarding the women of Limerick was thoroughly- untrue, absolutely incorrect, and he was sure that the magistrates and the police would bear him out in what he said. –  Advocate, Melbourne, 26 May 1909.

The Limerick Leader (26 March 1909) made reference that the offending article first appeared in a Dublin newspaper, though the paper was not named. 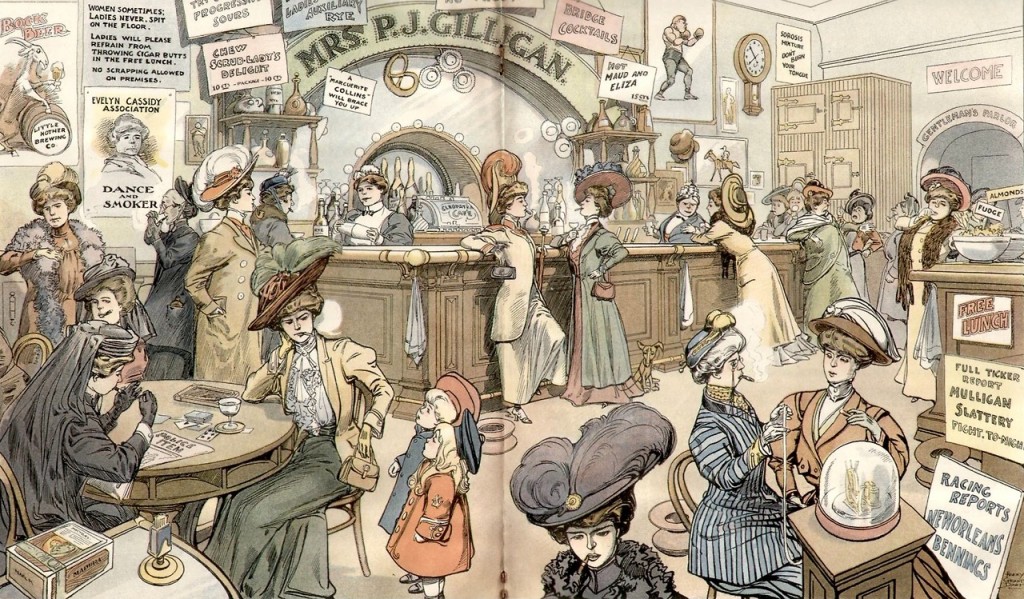 1908 image of women smoking and drinking by Harry Grant Dart, was intended to be a horrifying glimpse of a post-suffrage future.