Following on from the previous blog on the Hanrahan Field Tragedies, where we mentioned one of the quarries tragedies of the Hanrahan Field, this blog will explore some of the other fatalities in quarries around the city. There were about twenty-five disused quarries in and around Limerick city at the turn of the century; they had mainly been used to quarried limestone and black marble which was used in most of the buildings of the city. The quarries were placed as near to the building works as possible to reduce the cost and labour that would be involved in moving the large stone. Most of the quarries, once the stone was depleted, were just left to gather water, and as there was no means of drainage in these quarries the pools of water could become quite deep.

In Sheedy’s quarry in Ballingarry, in Limerick county, on Saturday evening the 15th of July 1889, a young farmer named Patrick Normoyle was engaged in removing stones from beneath a projecting portion of the quarry. His brother noticed the dangerous position Mr. Normoyle was placed in, and cautioned him to stop working in that area. The young man did so but after some time expressed his desire to remove one particular stone from that area. No sooner than he had resumed his labours than the projecting bank of stones came down upon him with a crash, killing him almost instantly.

During this time many children would have swam and fished in these quarry pools. They may have been under the misguided belief that since these pools were still that they were safer than swimming in rivers or streams. The children would often go in groups to these pools but would rarely be accompanied by adults.

Not all the quarries were left vacant to gather water. For instance, Mr. Mahon’s quarry at New Road, Thomondgate was used as a manure depot, where the manure from the surrounding area was deposited into the quarry causing a large pool of manure. But sadly children would also play around this area. Two young girls, named Susan Walters, who was only eight, and Mary Brew were reading in Mr. McMahon’s quarry on Friday 8th of September 1899. After sometime there Mary Brew got up to leave, she turned her back on Susan Walters and took a few steps away. Suddenly she heard a cry from where she had been sitting and found Susan in the water. Mary ran to Quarry Road, where Susan’s family lived to get help. A few minutes later she arrived back at the quarry with two men, one of whom was Jeremiah Walters, Susan’s brother but they were to late to save her, all that remained of the girl was a single shoe on the surface of the manure. Susan was buried in an unmarked grave in St. Munchin’s Graveyard.

The image below is the house on Quarry road where Susan Walters lived with her family. 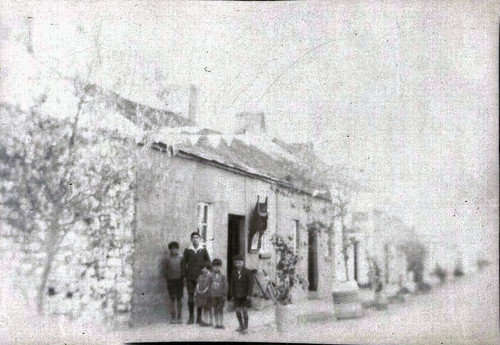 Occasionally the children would fish from these quarry pools but this was also more hazards than it seemed as demonstrated by the story on 23rd of June 1901, when thirteen year old Edward Corbett who lived at 2 Summer Street with his grandmother Mary Corbett was fishing at the quarry on Carey’s Road when he fell in the water. His friend James McNamara stretched out his fishing rod to the boy who grasped it, he pulled Edward in about two foot but it appeared that he got exhausted, let go of the rod and sank. James ran to get help and a Mr James Clancy brought the boy to the surface and administered artificial resuscitation but the boy had already died. Edward was buried the following day in Mount Saint Lawrence Cemetery.

On Thursday the 11th of July 1901, a young girl called Agnes O’Doherty aged 16 (as recorded on her death certificate), from 10 Edward Street (although, the newspaper report from the same day calls her Dorothy and has her age as 15) was out in Hall’s quarry on Prospect Hill looking for geese when she fell in the water and drowned. She was buried the same day in Mount Saint Lawrence Cemetery, which records her age as 17. The 1901 census, pictured below, that took place in April of that year shows her as a 19 year old servant from Carlow, living with the Fitzgerald Family in Edward Street.