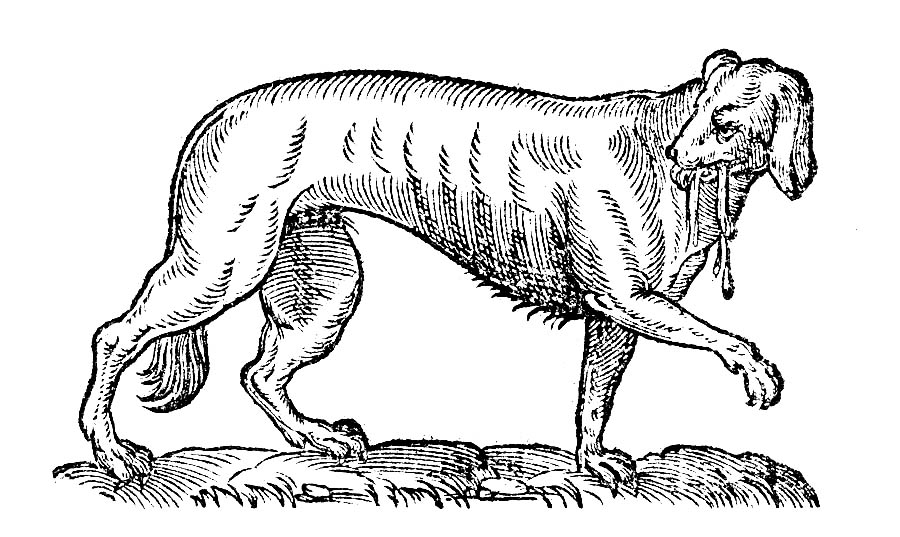 Rabies was a common affliction in the nineteenth century in Limerick until it’s eradication in 1904. The below report from the Aberystwyth Observer on 29 March 1884 it tells not only of a case of rabies in the city but of the farmland and sheep within the city, these paddocks were located where St. Mary’s Park is today.

AT LIMERICK.-An unusual occurrence took place in Limerick city on Friday night in last week. A large setter dog, supposed to be affected with rabies, broke loose into a paddock on King’s Island, where he worried and destroyed numerous sheep. The dog was frightened off by some workmen, and then rushed up Nicholas-street and Mary-street, the people flying in terror before him. The occurrence helped to attract a crowd of some 500 persons, who did not venture near the animal. Ultimately a party of police sallied out from Mary-street Barrack, and one of them, Constable Naylor, despatched the animal by running his bayonet through its body. Almost immediately a second dog appeared, showing unmistakable symptoms of madness, snapping at several people. A child, who was badly bitten by the animal, had to be removed to Barrington’s Hospital for treatment. The services of the police were again called in, and the second dog, after an exciting chase, was bayoneted by Constable Naylor.