On Tuesday, 25 August 1959, at 11am, a fire was noticed and reported in the building. The Todds and the neighbouring buildings was quickly evacuated. By 12:30 the entire block was a blazing inferno. The cause was a fuse box in the basement of the drapery store which had burst from the wall.

By the end of the day, Todds, Burtons, Liptons, Goodwins and Cesars were completely gutted. While the buildings of Gayware, Cromers and Nicholas were badly damaged, they were able to be restored.

We have previously posted about Todds Fire with a first hand description of the event in Limerick.

Eugene Barry generously donated a collection of rare and previously unseen photographs of Todds Fire to Limerick’s Life, below are a selection of these photographs.

The Crowds Gather as News Spreads of Todds Fire 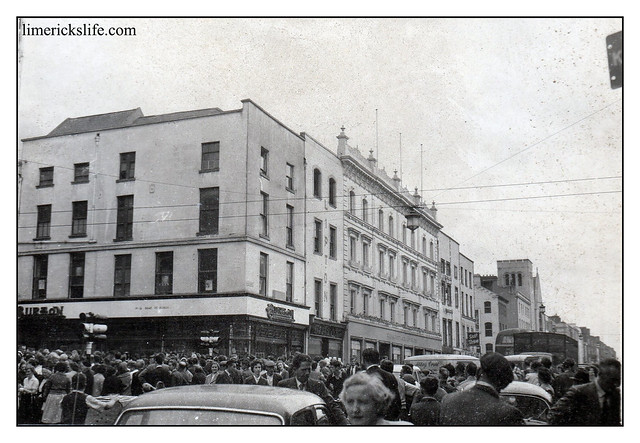 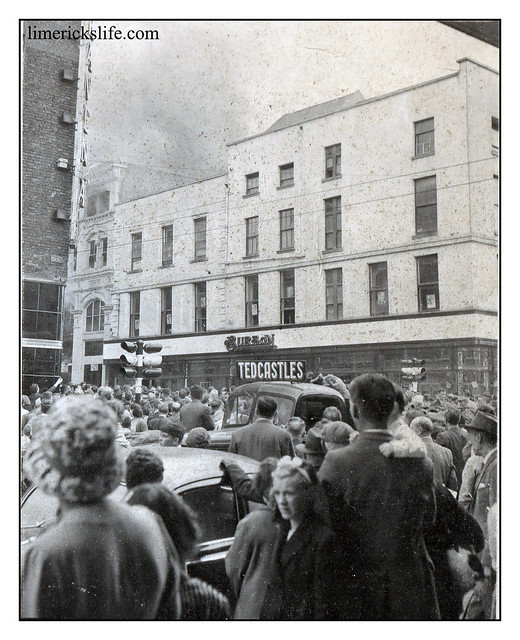 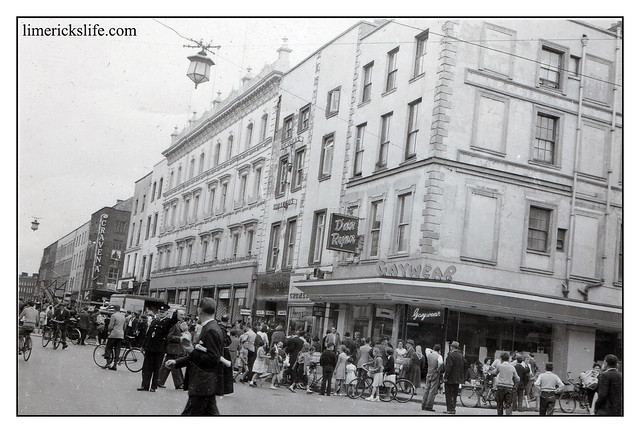 Thomas Street and a Todds Van 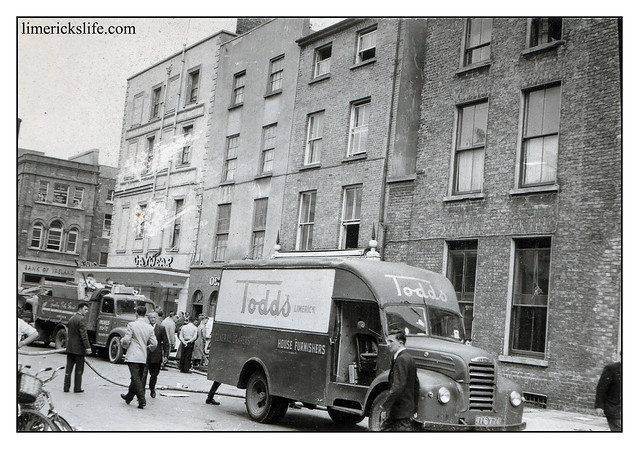 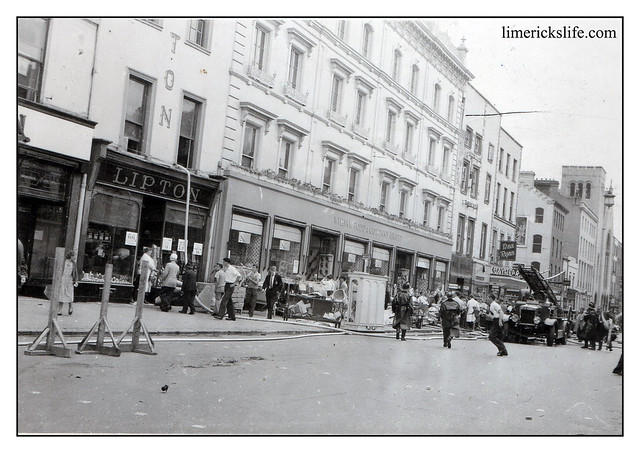 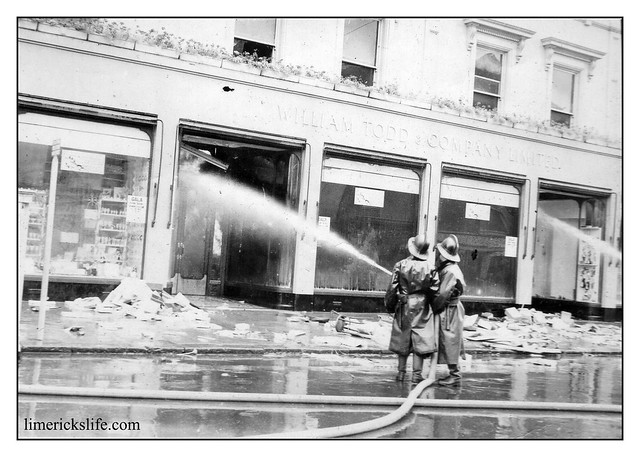 William Street Crowds Get a Shock 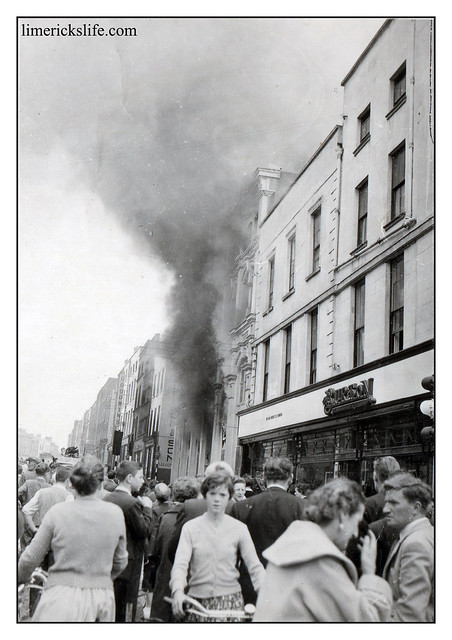 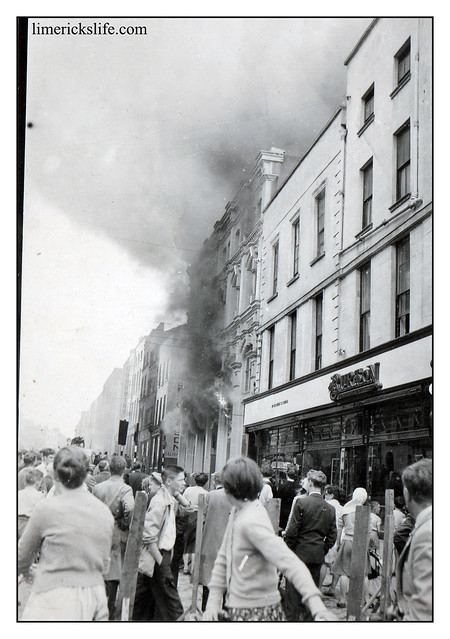 The Earl Connolly of Limerick Leader in the Tuxedo 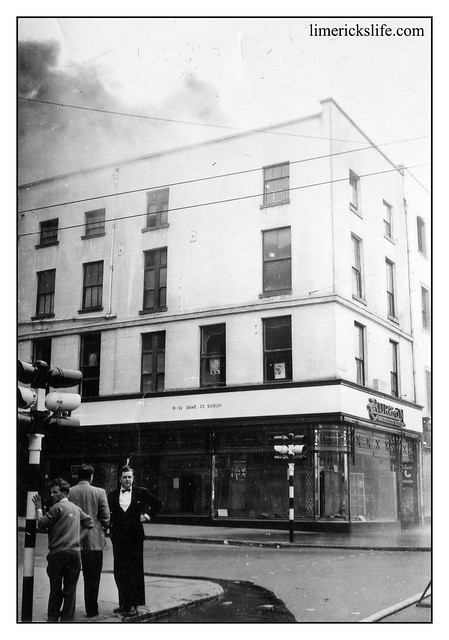 It has been said that the tyres on these bicycles popped from the heat from the fire. 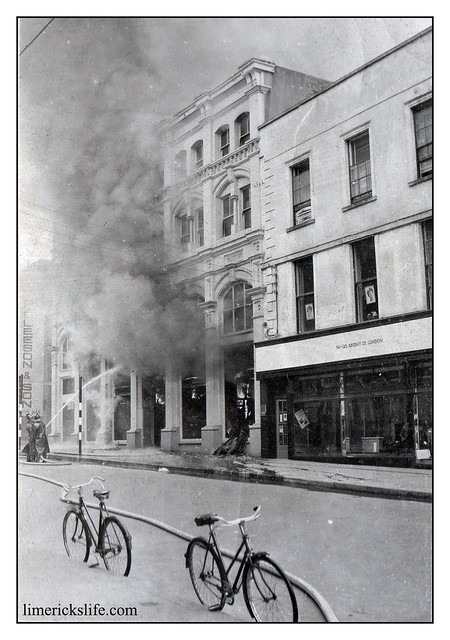 Last Ditch Effort to Save Merchandise 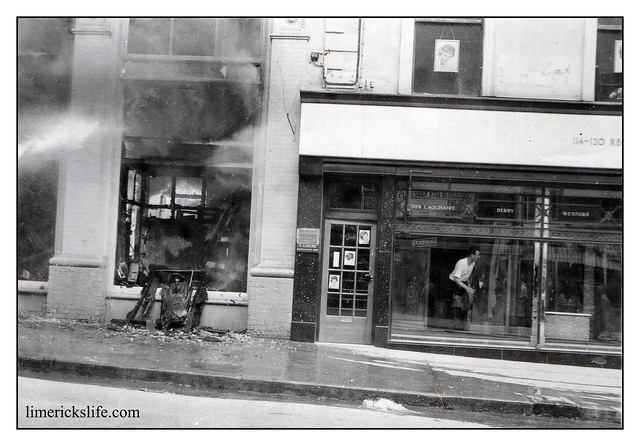 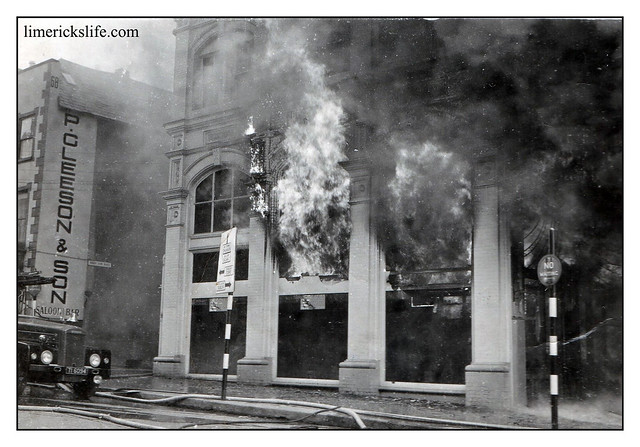 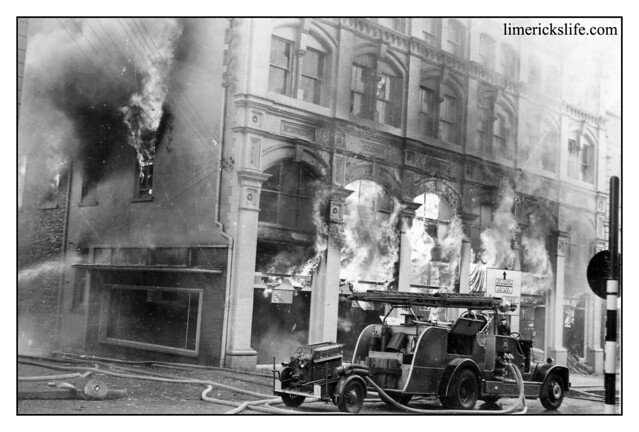 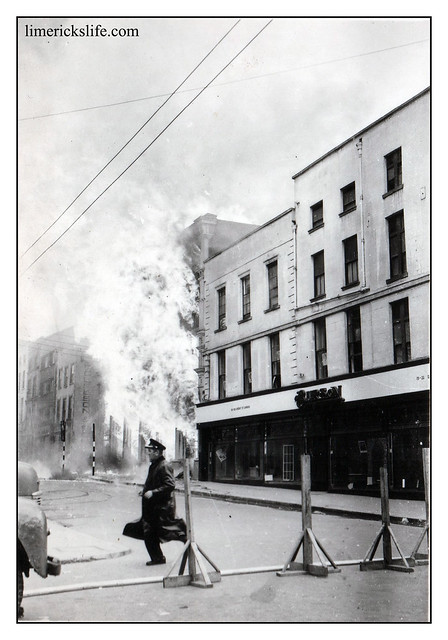 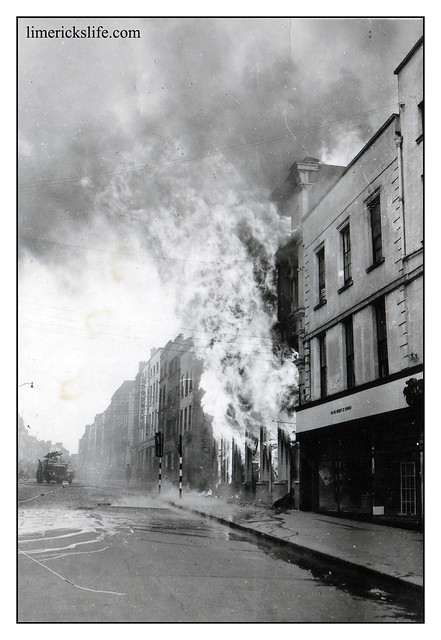 It was reported that a portion of the fire engine on William street melted from the heat. 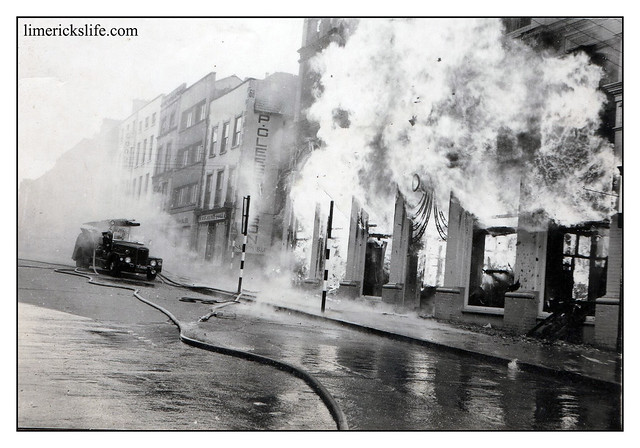 The Facade of Todds on O’Connell Street Collapses 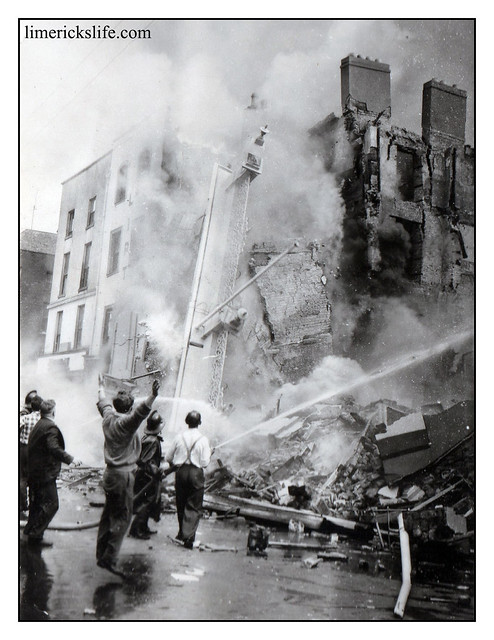 The force of the building collapse can be seen here with the mens coats blowing outwards. 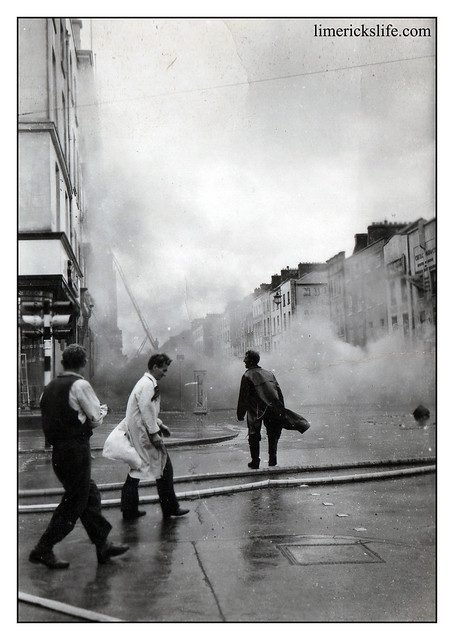 Nothing Left to Save 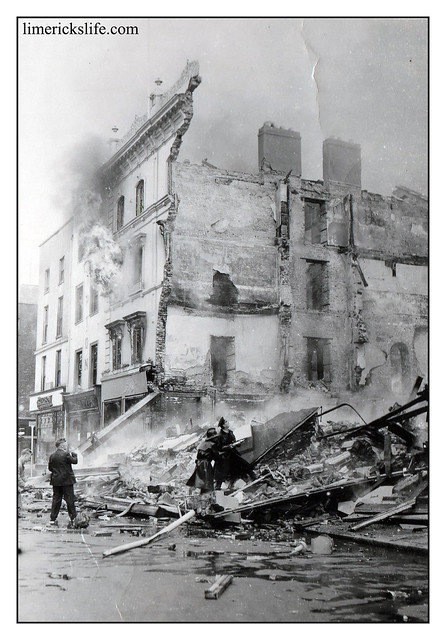 Close-Up of the Firemen who Never Gave Up 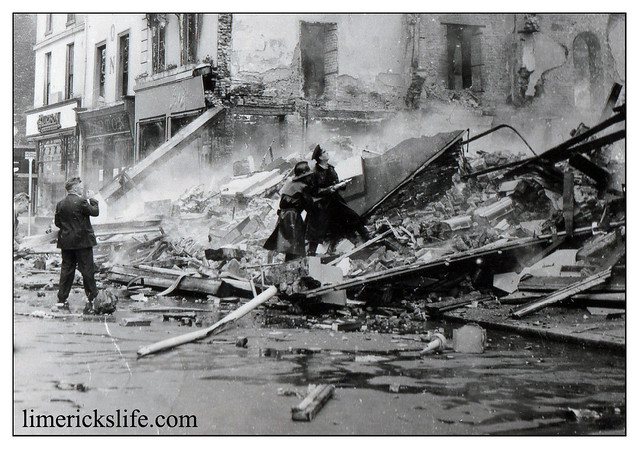 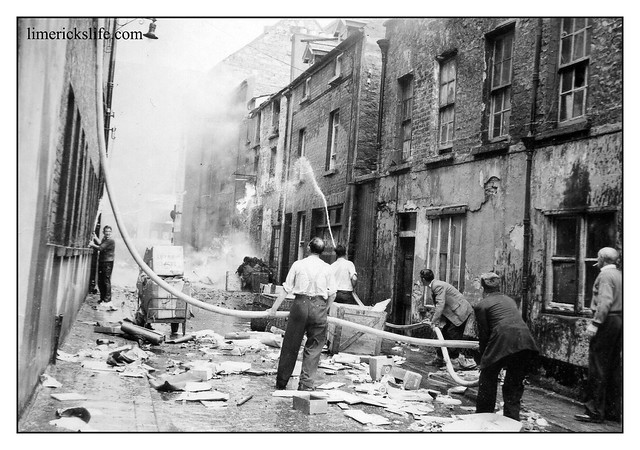 A Helicopter Views the Scarred Remains 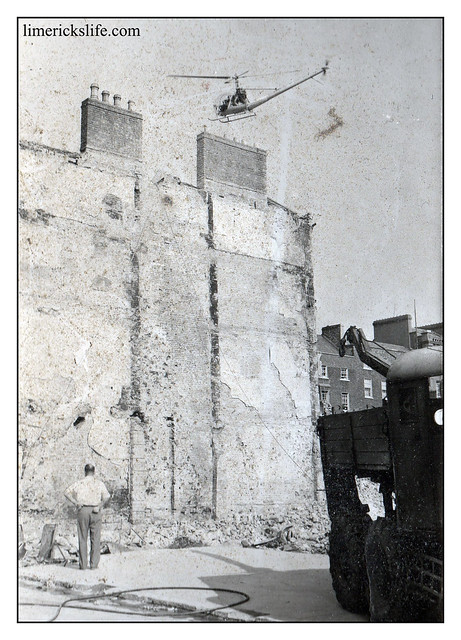 We have previously posted about Todds Fire with a first hand description of the event in Limerick.