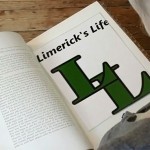 In this episode we deal with the Cleeve’s Factory

You can still see the factory chimney and the grand stone building of what was once the Cleeve’s Condensed Milk Factory on the banks of the Shannon.This factory was own by a Thomas Cleeve a Canadian born businessman who was elected High Sheriff of Limerick three times. He arrived in Limerick at 16 years old in 1860 to work with a relative of his mother. In 1900 he received a Knighthood from the Lord Lieutenant of Ireland. Following his death in 1908 his brother Frederick became the managing director of the Cleeve’s company.