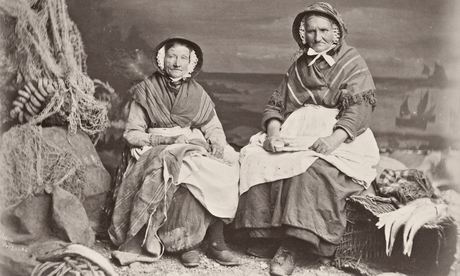 In 1869, a local “celebrity” Mary Hanly known for selling fish and her coarse and vulgar abusive language passed away leaving a surprise behind her:

Death of a Local Celebrity, – Gentlemen of piscatory tastes, who had often to go to Denmark street in order home a supply of their favourite edible, will learn with regret of the death of a local celebrity. Mary Hanly, an elderly woman, and who sat at a table in Market Alley, vending every species of fish from herring to the salmon, and who had her racy joke for every one who chose to excite her risible faculties. That her trade was rather remunerative one may be imagined from the fact that under her pillow was discovered a bag containing £800. She died rather suddenly, though ailing for the past few weeks. Mary Hanly will be long remembered in Ennis for the admirable defence she made at the Assizes there, some years ago, of three fishermen, and to whose eloquent advocacy of their cause they owe their aquittal on that occasion.

A Rich Fishwife – A piscatorial celebrity named Mary Hanly, who has been long a public character in Limerick, and whose eloquent defence – for she was her own counsel – at the assizes of Ennis, during a trial where an important fishery question was at stake, will long be remembered, died suddenly on Saturday, at her house in Denmark St., hard by the stall where she sat for 25 years, and vended her fish and her billingsgate with equal success. Stuffed in the pillow of the bed was discovered, in hard cash, the sum of £800, which exhibits how profitable must have been the trade she carried on.

Mary Hanly (Hanley) was buried in at Qb 57 in Mount Saint Lawrence Cemetery on 17 July 1869 aged 60 years. Her address was given as Market Alley which was a lane off Denmark Street leading to a market.

Mary was in and out of the court system though luck seem to be constantly in her favour:

Alleged Illegal Possession of Fish. – At the Limerick City Session on Friday. John B Alton, Esq. Secretary to the Limerick Fish Conservators, summoned Mary Blake, and Mary Hanly, two fishmongers, for having in their possession and exhibiting for sale during the close season a portion of a trout, by which act they had rendered themselves liable to a penalty. Mr P Lynch, solicitor, appeared for the complainant and established the fact and produced the head and shoulders and a part of the body of a fish which is said to have been a trout of 5lbs. Mr Doyle, solicitor, for the defendant, contended that as the close season did not commence in certain portions of the Limerick fishery district, and in which angling for trout was permitted until the 15th of September, it could not be said that the defendants had illegal possession of the fish which might have lain on their hands unsold from the 14th of September until the 17th, on which day it was detected by the water bailiff. The justices having consulted together for a short time said that they had a doubt in the case and being bound to give the benefit of it to defendants they dismissed the case.

In 1863, Mary was taken to court for using abusive language against her competition  Mary Garvey and Catherine Muleahy, the case was dismissed.

City Petty Sessions – Mary Sullivan against Mary Hanly, for knocking her senseless with a kettle.

Mrs Hanly said she only rubbed the bottom of the kettle to the complainant’s face, and that the scrapes arose from drink. Mrs Hanly conducted herself most theatrically, accompanying all her assertions with very dramatic gesticulations, and in one of the most laughable of these she said that the complainant would swear the leg off an iron pot. The case was dismissed. Limerick Reporter 27 September 1867

I have been unable to locate the case mentioned in Mary’s obituaries.