Romance in the Gentry – Lord Stavordale and the Limerick Girl

Henry Fox-Strangways, Lord Stavordale (1747-1802) the heir of the first Earl of Ilchester’s arrived in Limerick as a young solider. While in the city he attended a hunt ball, at this ball Miss Mary Theresa O’Grady made her debut in Society. Lord Stavordale at once became an admirer of the lovely Irish girl, and the two became fast friends.

The young Lord was invited to the O’Grady family home in Cappercullen near Murroe by the father of the house Standish O’Grady. Although Standish was a gentleman he was not financially secure. He became alarmed on realising that love was growing between the pair as he believed that the Earl would never agree to the match.

Standish wrote to the Earl telling him if he wished to save his son from a serious entanglement he should remove him at once from Limerick. The letter had the desired effect and the young Lord left without saying goodbye to his sweetheart.

Mary’s heartache was visible to all those who visited in the following months. Soon O’Grady received a letter from the Earl of Ilchester, thanking him for how he had acted in connection with Stavordale. He also stated that a friend of his, Colonel Prendergast, would be passing through Limerick in a few days and asked permission for the Colonel to visit to pass on his gratitude personally.

The Colonel arrived accordingly, and it was soon settled that he would stay for a week. At once he took a fancy to the girl, and many a walk they had together, and every day he was more charmed by her pale but lovely face, her gentle manners, and her pretty ways. The week was soon over, and the morning of his departure had arrived.

Before leaving, he asked his host whether he could allow him to have a few words with him in private. When they were alone ‘I hope’ he said, ‘you will forgive me for speaking to you about your daughter. I have been closely observing her, and, though you do not seem to see it, I greatly fear she is far from strong. I dread the winter here for her, and I venture to urge you strongly to take her to a warmer climate for a time.

O’Grady responded ‘I am greatly obliged for the interest you take but I am glad to say you are quite mistaken as to her health. I am convinced that there is nothing serious the matter with her, and trust she will very soon be as well as ever.’

The Colonel replied ‘I am afraid you are deceived, she is so pale, and at times so depressed and sad, that I fear she is more seriously ill than you suppose.’

With this O’Grady told of his daughter’s the lost love. Colonel Prendergast at once said, ‘My dear sir, you must really allow me to tell Lord Ilchester. I am certain if he knew what a charming girl, in every way, your daughter is, he would be only too glad that she should be his son’s wife.’

Standish stated ‘but the Earl would never consent to a marriage between his son and a poor Irishman’ to which the Colonel responded ‘I think the Earl would only be too pleased’. The conversation continued with the surprised O’Grady asking ‘Do you think so?’. With the Colonel replying ‘I know he would be delighted for I am the Earl of Ilchester!’.

The young couple married in 1772 in Abington Church (Murroe) and had four children, a son and three daughters. Mary passed away in 1792 and Lord Stavordale remarried to Maria Digby. When the Lord passed away in 1802, Henry Fox-Strangways (1787-1858) his son with Mary became the 3rd Earl of Ilchester. He served as Captain of the Yeomen of the Guard under Lord Melbourne from 1835 to 1841.

The details of this tale of love in Limerick come from ‘The life and letters of Lady Sarah Lennox, 1745-1826 : daughter of Charles, 2nd duke of Richmond, and successively the wife of Sir Thomas Charles Bunbury, bart., and of the Hon. George Napier; also a short political sketch of the years 1760 to 1763, by Henry Fox, 1st lord Holland (Volume 2)’. 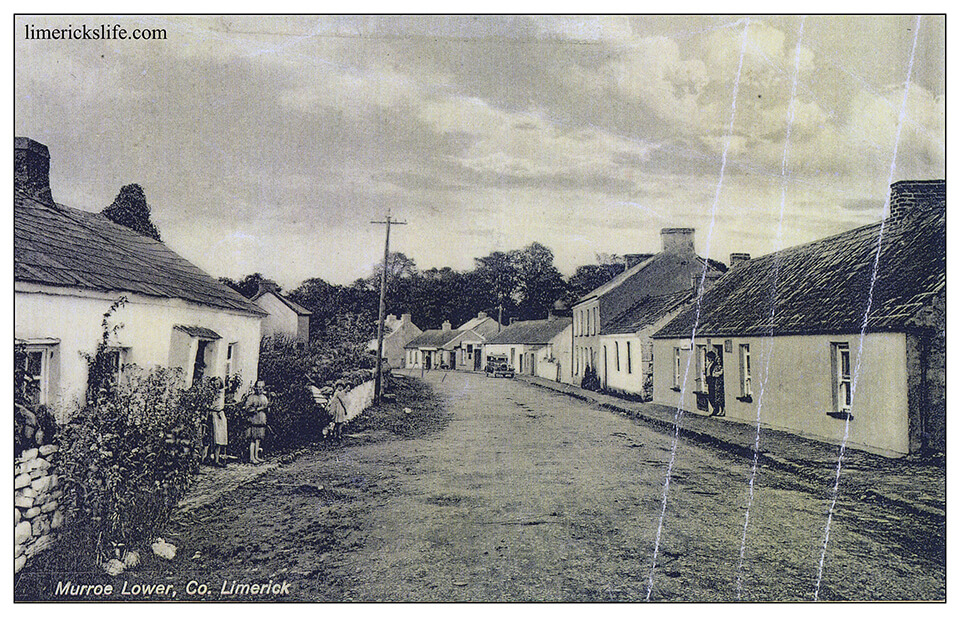