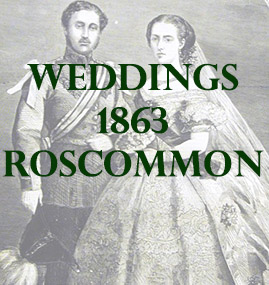 On the 10th of March, at the Parish Church of Ardcarne, county Roscommon, by the Rev. Daniel Leahy, vicar of Kilbryan, Mr Thomas Carter to Miss Fanny Mahery, both of that district [No cards sent]