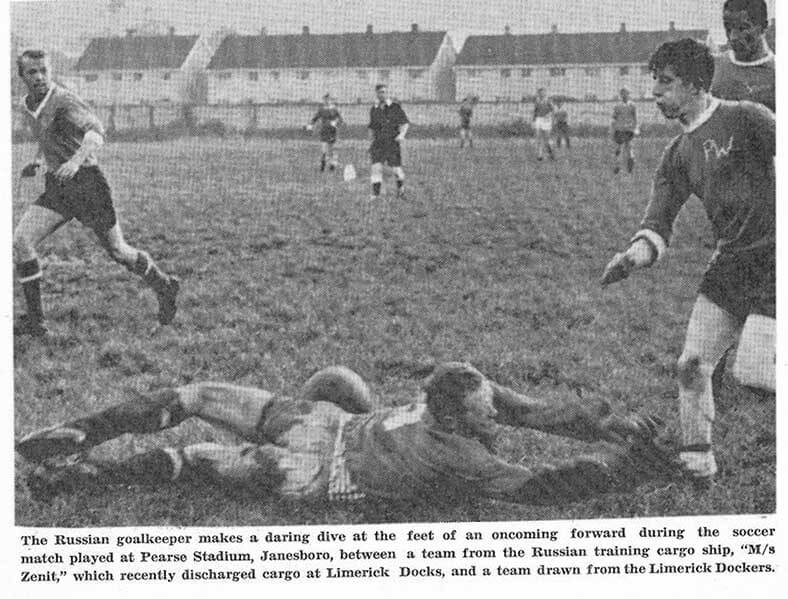 In November 1967 the Russian training ship “Zenit” docked in Limerick Port. A reception was given to the officers and men by the Limerick Harbour Commissioners and the Chamber of Commerce. At the reception the Mayor of Limerick Ted Russell stated that he hoped there would be intercourse between Russia and the United States.  The Capitan of the Russian ship Papel Papaev, received a plaque bearing the arms of Limerick.

While docked a number of football matches were arranged between local teams and the crew of the Russian ship. These were played in St Clement’s Hall, Pearse Park, Janesboro and in the Market’s Field.  They played against teams such as Celtic, Summerville Rovers and Port Workers.