Shannon Bridge – The last bridge on the Shannon 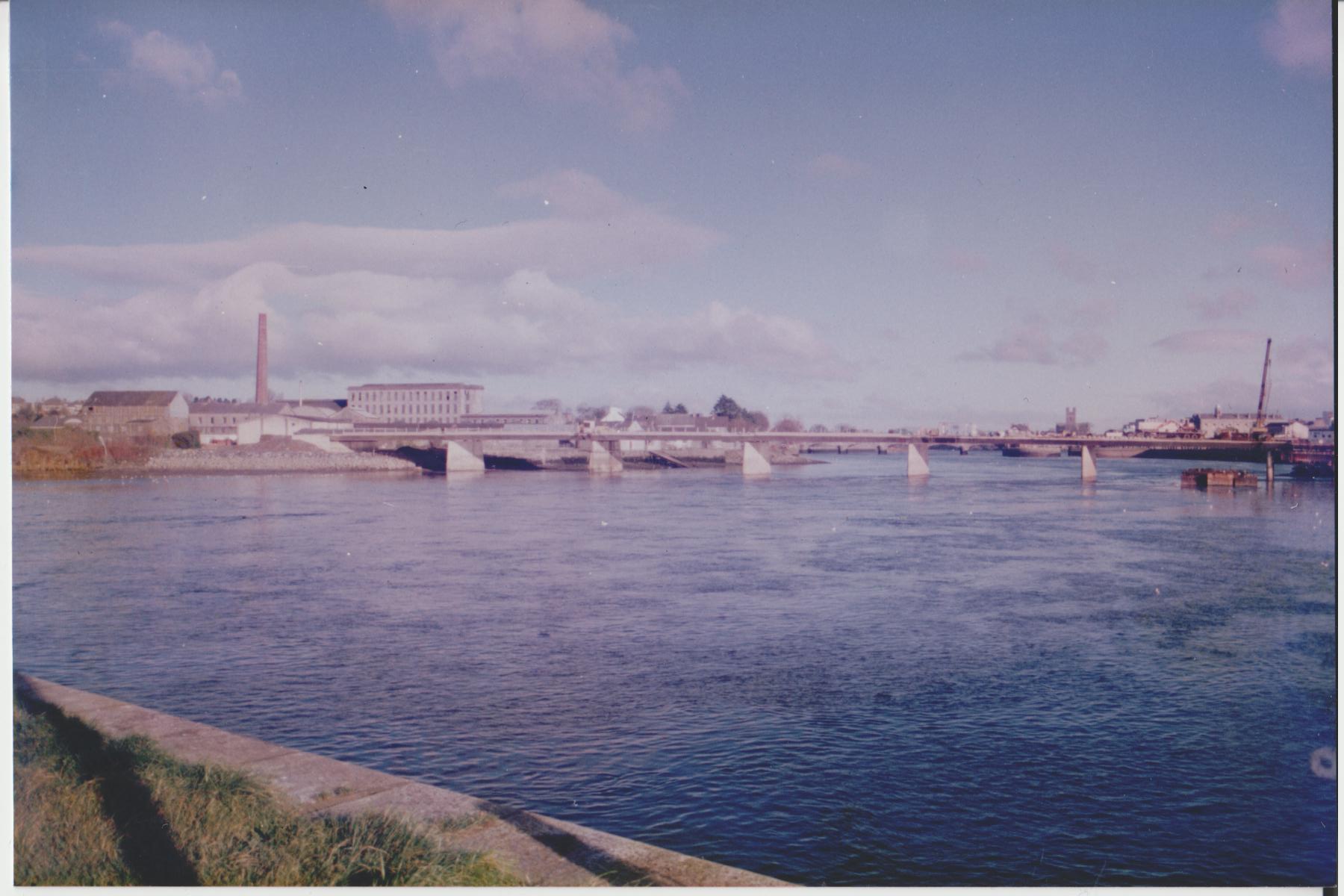 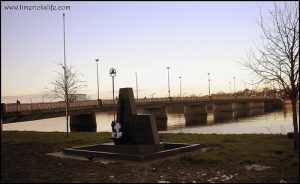 Shannon Bridge was opened on May 30, 1988 to connect the Dock Road area to the North Circular Road area.

The bridge was also known as the Whistling or Whining or Singing Bridge as after constriction wind would blow though the gaps under the bridge making a whistling sound. This has now been remedied.

The Limerick Leader of September 4, 1989 wrote about the Whistling Bridge:-

“On his first visit to his native Limerick in 20 years, Terry Wogan this morning said he wanted to see one site. The whistling bridge. “News of it has spread throughout the world,” he joked at a joint launch of Century Radio in the Limerick Inn. He told 50 guests at a special launch breakfast: “I flew over Limerick this morning in a helicopter. Elm Park where I grew up was about two miles long in my memory. But when I looked down it was only about 50 yards. One of the reasons I have not come back more often is that I did not want my memory to change. How things have changed.”

Here you can see images of the Shannon Bridge under construction in 1986 and 1987. This is the last bridge on the Shannon River.

In 2014 there was a controversial debate in the Limerick City Council brought about by Councillor Pat Kennedy to rename this bridge the John F Kennedy bridge after the American President who visited Limerick in 1963.