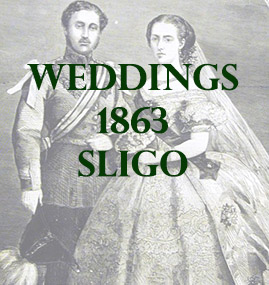 In the Wesleyan Chapel, Sligo, the Rev Henry Evan, Belfast, to Henrietta, daughter of the Rev. E. M. Banks, Sligo.