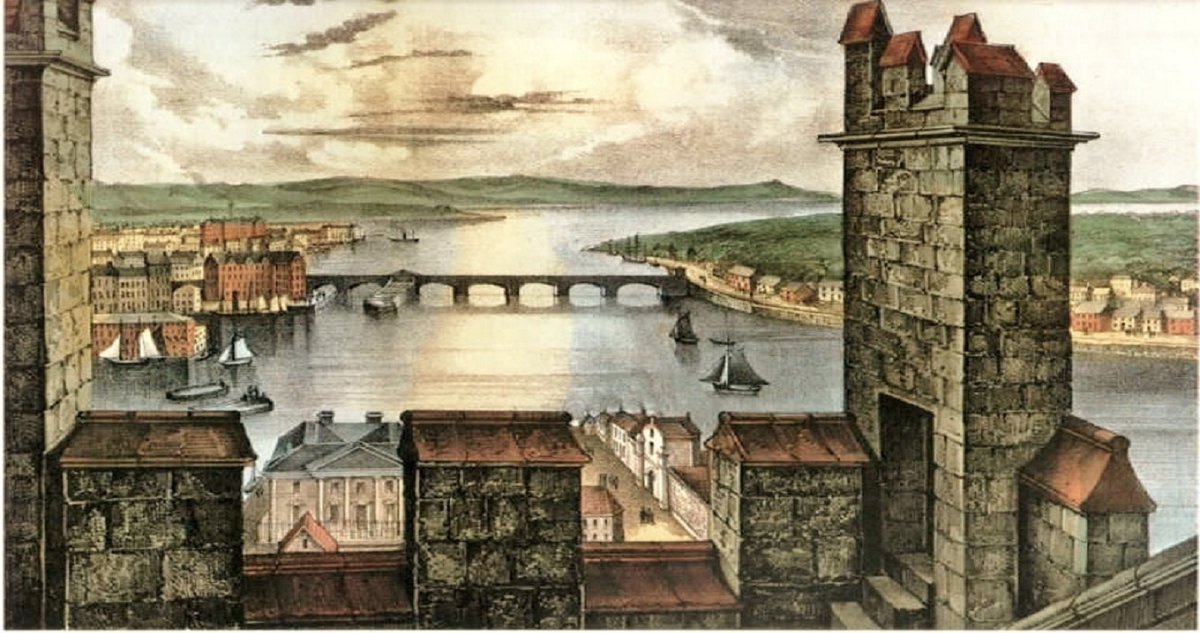 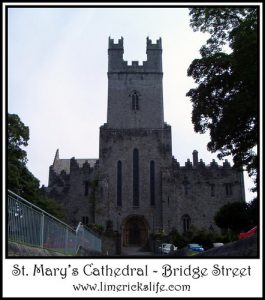 St Mary’s Cathedral is one of the most photographed buildings of Limerick city.

The Cathedral of Saint Mary Blessed Virgin has had a long and eventful history. It was founded in 1168 on the site of a palace donated by Donal Mor O’Brien, King of Munster.  It is believed that parts of the palace are incorporated into the present structure of the Cathedral.

The most prominent being the West Door, which tradition has it was the main entrance to the palace. The palace had been built on the site of the Viking meeting house. This had been the centre of government in the early medieval Viking city. It has the only full set of misericords in Ireland

In the 1651 after Cromwell’s forces captured the City the Cathedral was used as a stable by the parliamentary army. Luckily the Cathedral survived this relatively unscathed. It is one of the oldest buildings in the city and the oldest still used for it’s intended purpose. The graveyard includes many interesting plots, including Roman Catholic graves (Shanny’s, Clancy’s, Hayes’s) who were fishermen in the Abbey Area, folklore tells us that the Clancy‘s were bequeath their plot by Donal Mor O’Brien himself as they were the family Brehon (lawyers) to the O’Briens.  It is unknown how the Shannys also retained their plot. 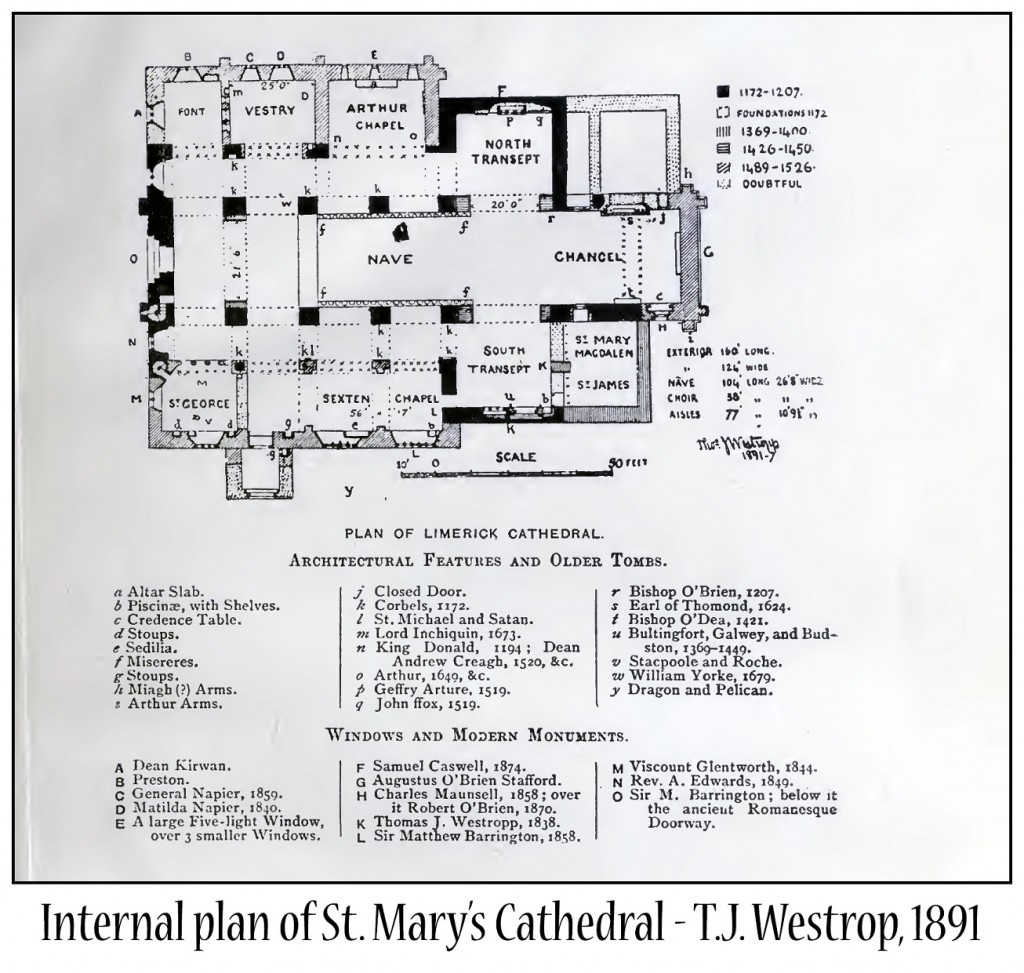 Some of the headstones in St. Mary’s Graveyard have been photographed and transcribed here. In the churchyard there is also a memorial to those who died while in service with the United Nations.

The story of the Italian bell maker and his journey to Limerick to listen to the bells of St. Mary’s Cathedral on last time. There is also a tale of the wise crows of St. Mary’s.