St. Mary’s Cathedral Graveyard is quite expansive and as such it has been recorded here in sections. You will see a description of how to reach each section below. This will help if you wish to locate the grave on site.

Where possible their obituaries from Limerick City Library Local Studies have been added.

Section 2 – To the left of the Main Door of the Cathedral. 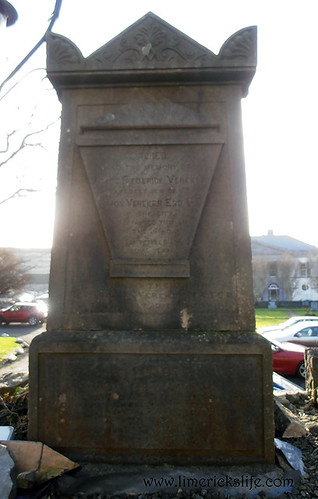 This tomb was erected by James Rutherford Browne proprietor of the Limerick Reporter memory of his two sons Christopher aged two years and George aged three months who both died in 1837 as also in memory of his brother Peter aged 30 years who died on the 16th day of January 1842. The above named James Rutherford Browne died 22 November Anno Domini 1884 aged 79 1/2 years – Yea Saith the Spirit to him that overcometh will give to eat of the tree of life which is in the midst of the paradise of God. Rev. Ch.. Ver.. 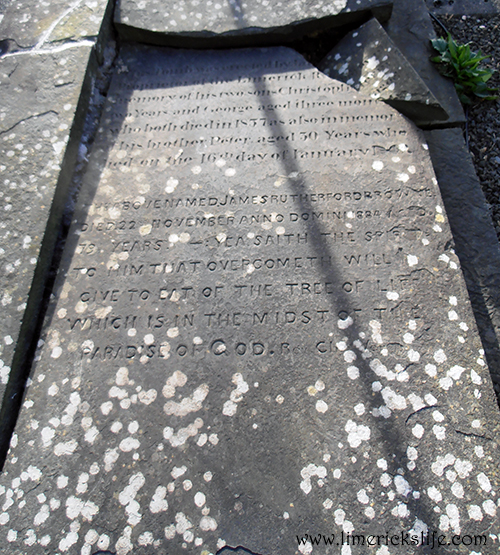 The family vault Tho Dillon Master Mariner of this city of Link 1849. 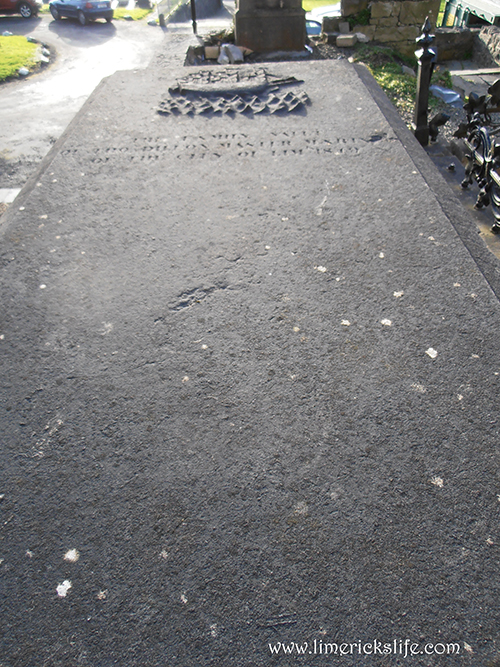 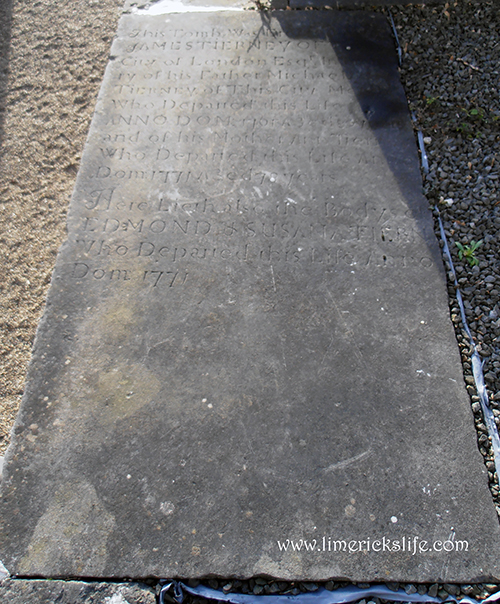 John Downes Esq… in the county of Clare departed this life on 31 January 1831 aged 70 years. Here also are deposed those of his wife Margaret Downes daughter of the late Henry Holland Esq. Alderman of this city who died 3rd day of December 1843 aged 80 years. Their surviving children erected this monument in memory of kind affectionate and indulgent parents hoping through the morals of Christ to meet them in another and better world. 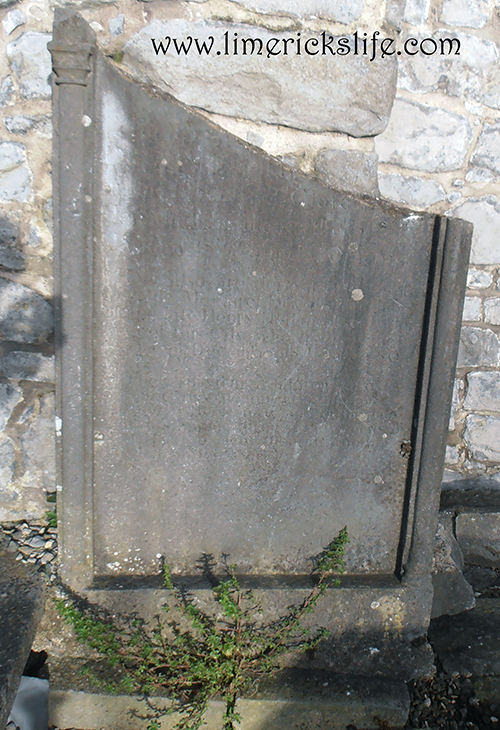 Here Leith mortal remains of Ralph Ouselly Esq. His Wife Elizabeth departed this life and also his … who depd this life …  on Christmas day 1835. Some… buried here This stone inscribed to the memory of revered parents … Priscilla Ousley daughter of deceased Ralph Ousel and March 15th 18.. 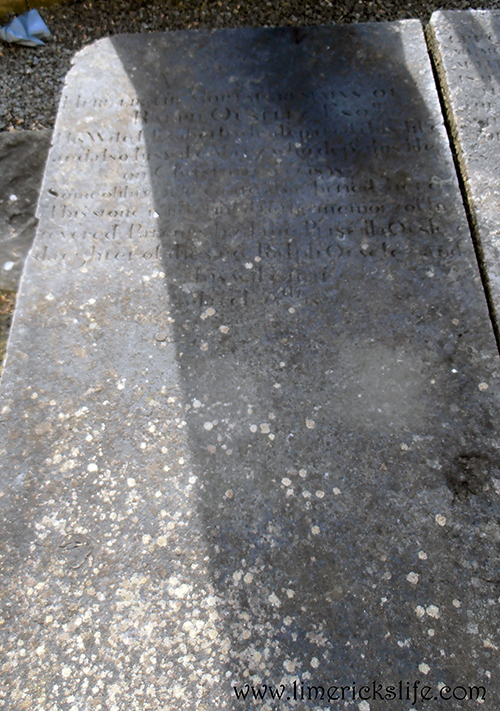 This tomb was erected by George …. memory of his beloved brother 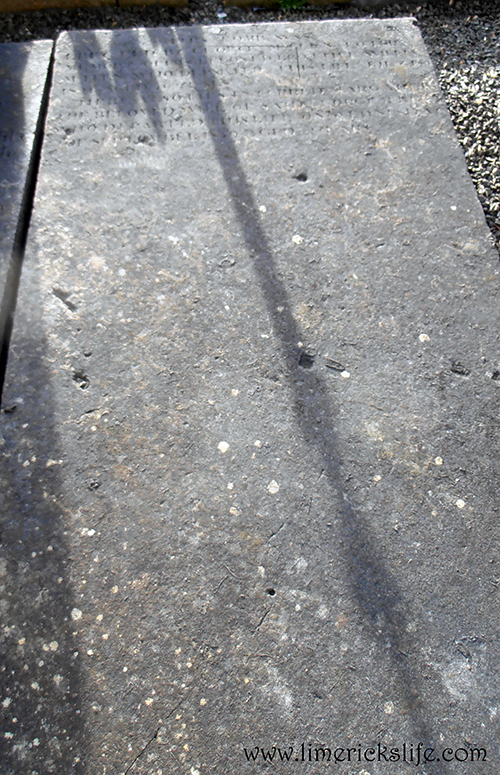 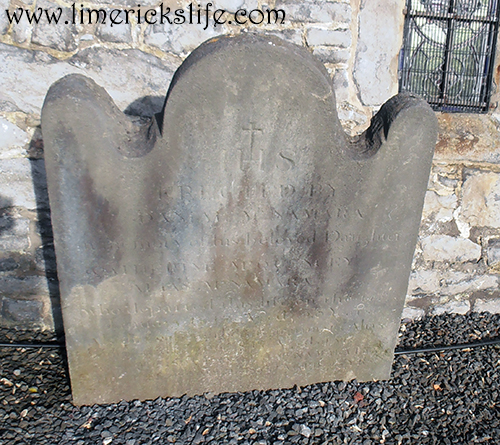 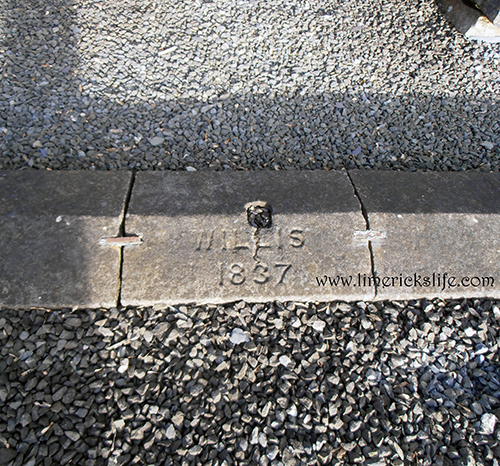 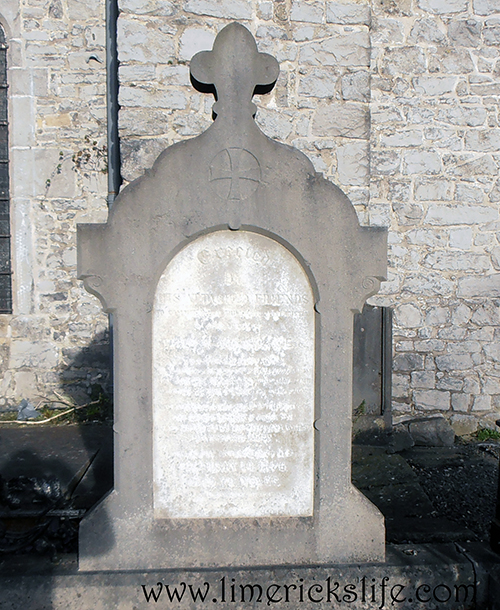 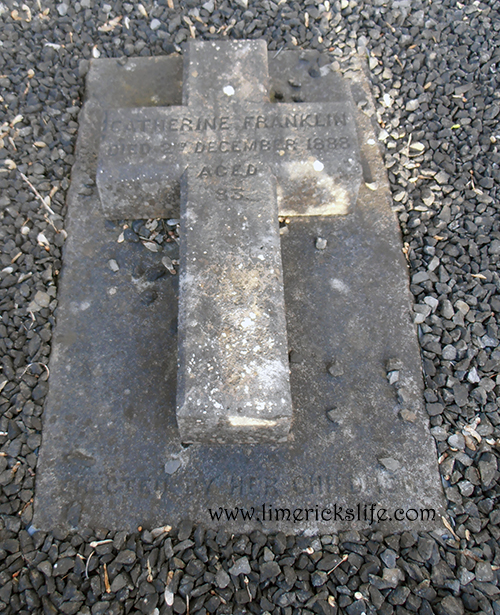 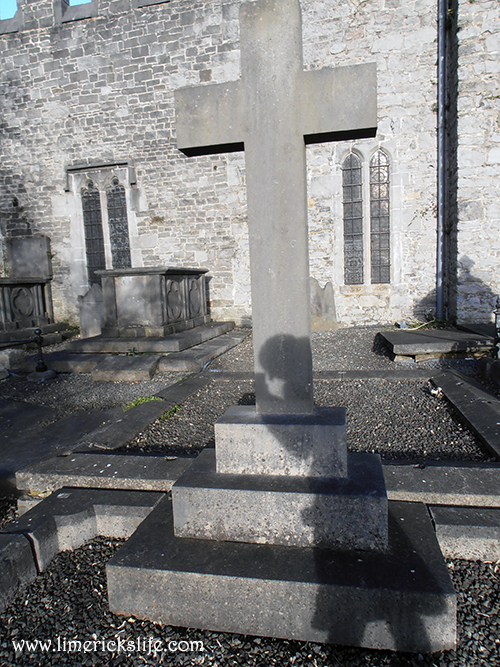 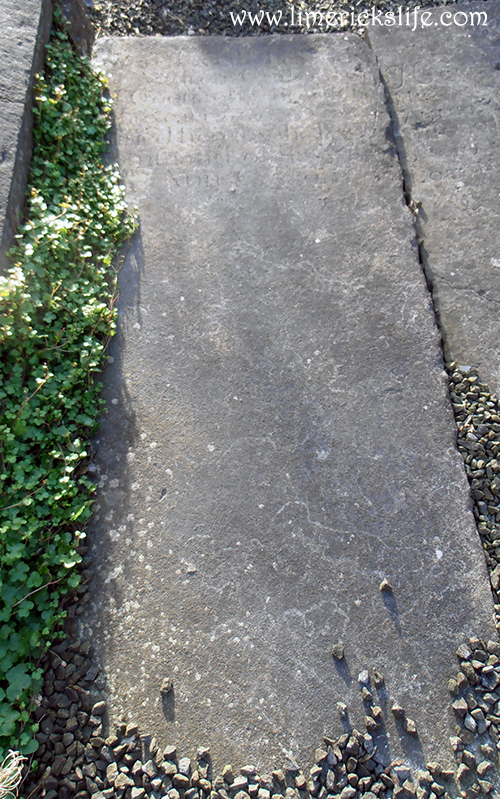 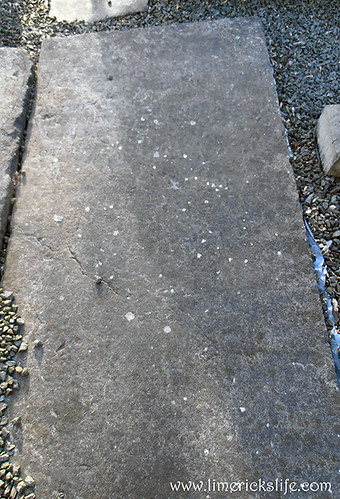 Jackson the memory of his only and beloved child … Jackson who departed this life the .. day of March 1831 aged .. years. the memory beloved wife of the Rick Jackson tho dep 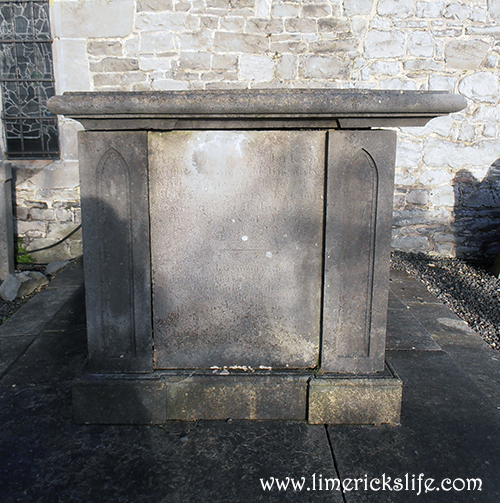 Sacred to the memory of Anne Reidy who departed this life August 24 1867 aged 19 years. Blessed are the dead … in the Lord 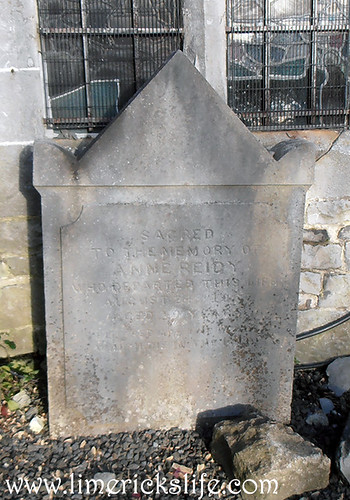 Erected to the memory of James Carroll Esq MD died on the 11 Sep 1837 aged 50 years. Doctor Carroll rose by his great talent to the highest rank in his profession and was a sincere and practical catholic when it pleased god to call him to a better place world his death was universally felt as a public loss to his attached wife. 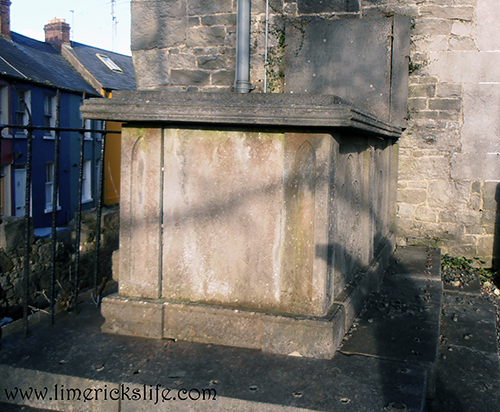 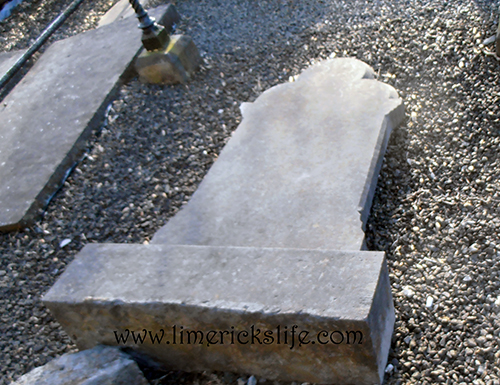 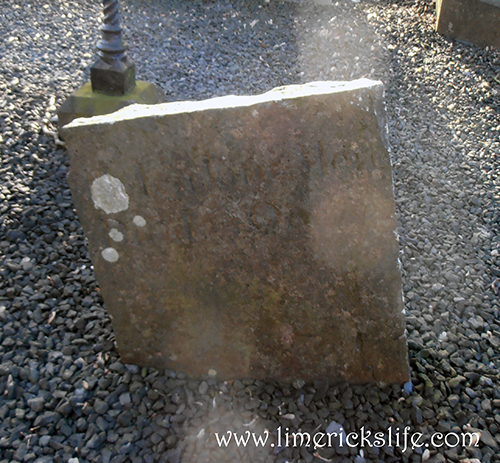 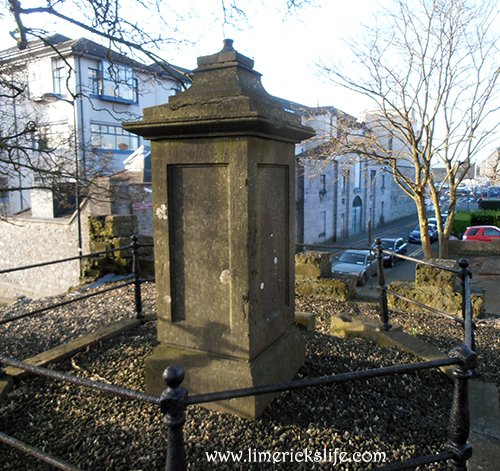 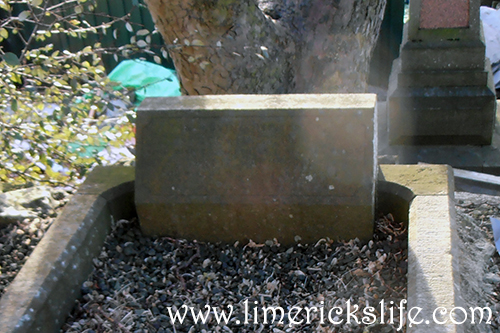 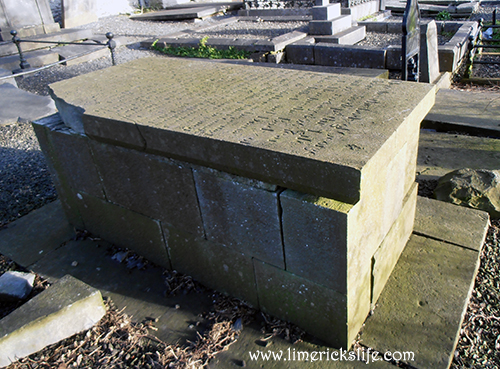 This tomb was erected by Frances Hooper to the memory of her father .. 1817. Also her  Charles Hooper died April 1833 aged 52 years. 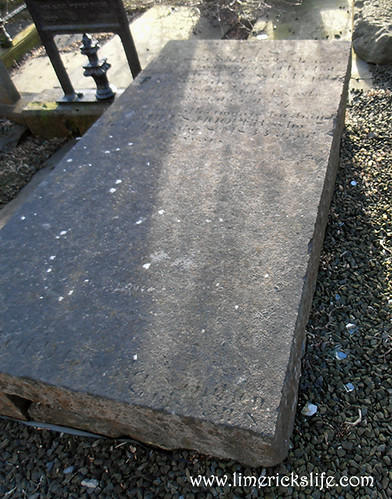 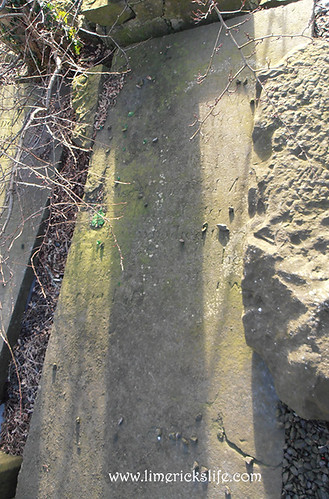 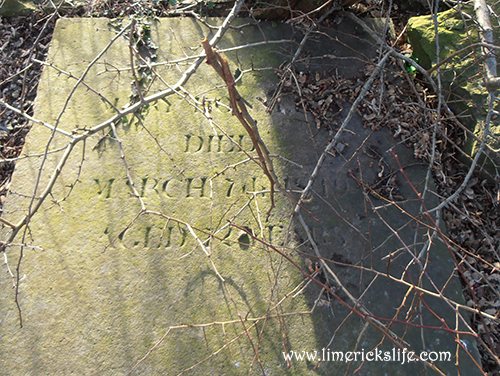 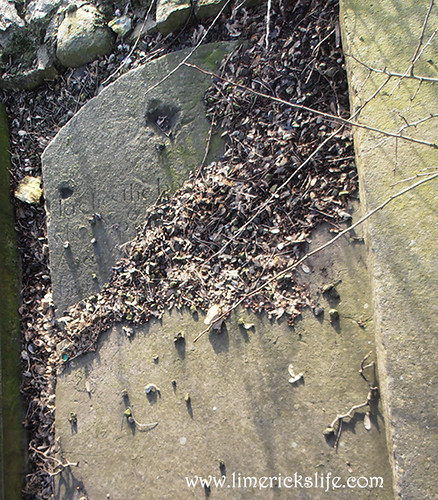 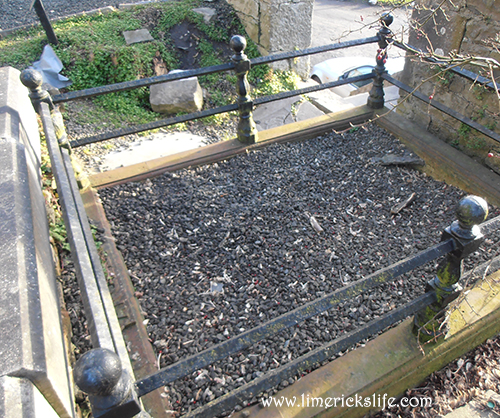 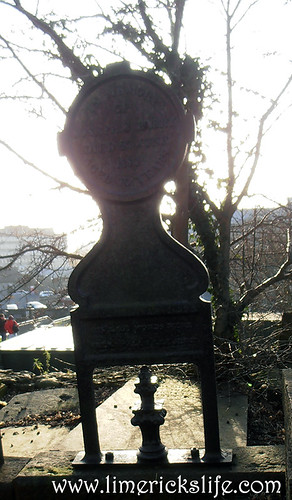 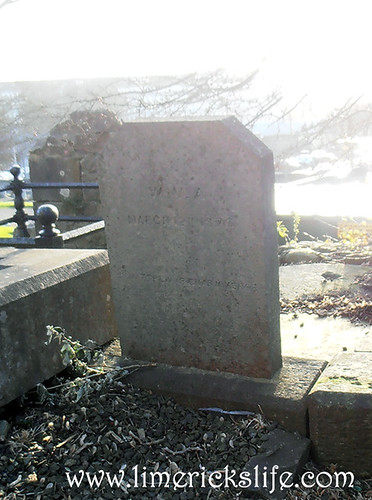 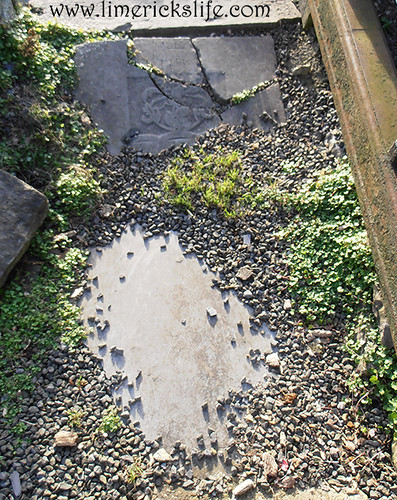 Section 1 – To the left of the Main Gate.