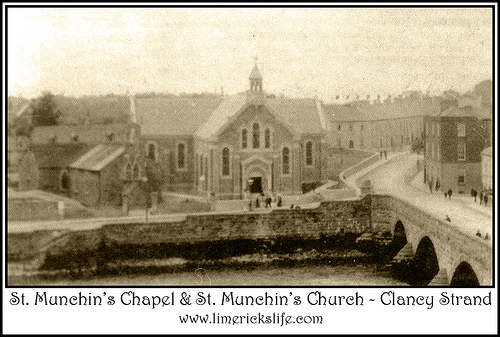 Who was St Munchin’s Church named after

The church was named after St. Munchin the patron saint of Limerick. The name comes from “little monk” as the Saint’s original name has been lost with time.

It is interesting that Limerick has St Munchin as the patron saint of the city as folklore tells us that while Munchin was building his church he asked some locals to help. They laughed at him and walked on, then some visitors to the city passed and he asked for their help. As these strangers to the city assisted the saint he put a curse on the city that the “Stranger shall flourish while the native shall perish”.

Even so, there are now two churches (a Roman Catholic and a Church of Ireland), a parish, and a number of schools dotted around the city in honour of a man who supposedly cursed the people who chose him as their patron.