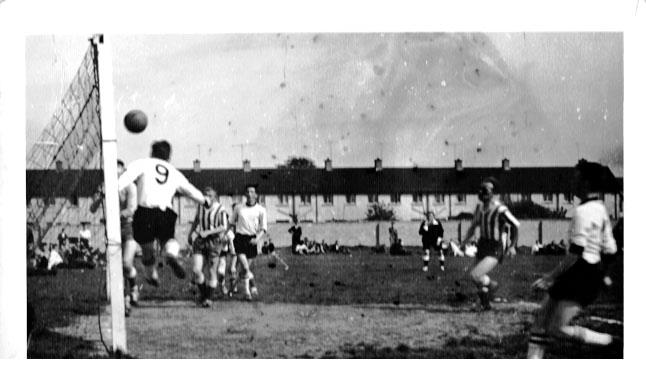 The following picture of the Star Rovers and Caledonian football teams was shared to our Facebook page by to Ray Howard on 23 April 2013.

It shows the Star Rovers Limerick in white against Caledonians in a football match in the late 1950s or early 1960s.

According to notes on back of photo Limerick. No 9 is Paddy Paul Burns scoring an equaliser after 20 minutes.