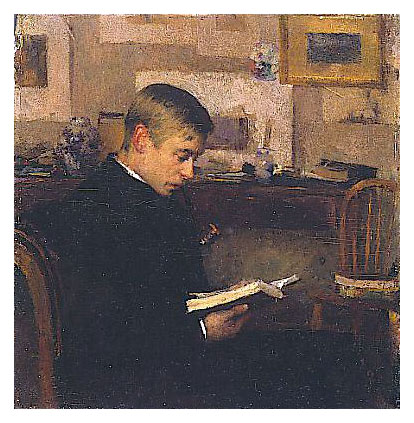 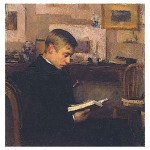 Stephen Gwynn was born Dublin on the 13 February 1864 the eldest child of John Gwynn, warden of St Columba’s and later professor of divinity at Trinity College Dublin, and his wife Lucy Josephine O’Brien. Stephen Gwynn was the grandson of William Smith O’Brien the leader of the Young Ireland movement and MP for Limerick County in 1835.

Stephen was a poet, teacher and nationalist, he wrote many articles in support of home rule and he won a seat in Galway City in 1906 and remained a representative of the Irish Parliamentary Party until 1918. Stephen Gwynn had a particular interest in the 18th century and he wrote biographies of Walter Scott, Jonathan Swift and Horace Walpole. He also wrote historical works, books on fishing, travel and wine, and numerous essays.

He married his first cousin Mary Lousia Gwynn. Stephen Gwynn died in 11 June 1950 at his house at 23 Palmerston Road, Dublin.

The following is an extract from “The famous cities of Ireland by Stephen Gwynn; with illustrations by Hugh Thomson” (1915) in which he gives his view of Limerick:

Lying as it does at one extremity of the richest tract of Ireland, the Golden Vale which intervenes between the Shannon and the Galtees, it has never lacked signs of wealth ; and in recent times the milk and butter and bacon industries have made it a main centre. A garrison town in the middle of a fine hunting country, it has always been more of a social centre than, perhaps, any other provincial city; it has, indeed, a real society of its own, and forty years ago, before the agrarian revolution began, it must have been one of the pleasantest places in Ireland for people with a few hundreds a year and the taste for sport.

Here, as elsewhere, the class which controlled everything before 1880 controls nothing now, not even the race meetings. Here, as elsewhere, the Church which was trampled upon in the eighteenth century gives evidence of strong life in handsome new buildings springing up here and there. St. John’s Cathedral, some fifty years old stands not far from a place that had its fame in the eighteenth century. Garrda Eoghain, Owen’s Garden, was a kind of pleasure ground, and Garry Owen passed into a by-word that somehow grew to be associated with Ireland itself : ” poor ould Garry Owen ” is the refrain of one of those English-Irish songs that celebrated the spirit of Ireland under quaint endearing names; and assuredly no place in all Ireland is more Irish than this ancient stronghold of the Dane : 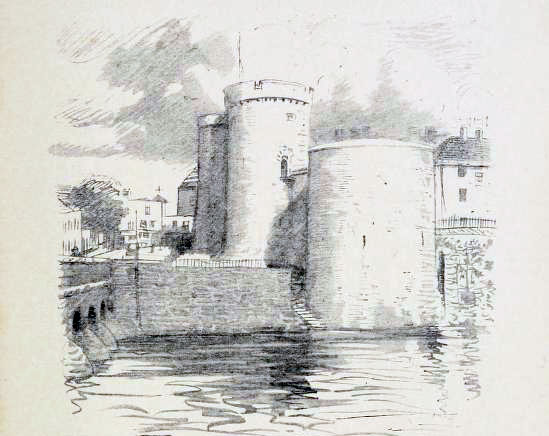 ” Oh Limerick is a beautiful city as everybody knows, The river Shannon, full of fish, close by that city flows.’

The greatest river in these islands, those only know it who have swung about in its rapids salmon fishing in a spring flood, while men trained for generations to the work keep the long, narrow cot or punt dancing on waves three feet high, and harling flies, as big as a swallow, away down the raging water. It is the best place for big salmon and the men are to match. You must stand well above six feet high if you are to see over the heads of a Limerick crowd.

The prevailing type here have a longish oval face, and long, straight limbs : the soft air makes for growth and, I suppose, the lime in Shannon water sees to their bones. Gentle and simple, in town or country. Limerick people seem to be big, easy-going, and good-humoured : and the beauty of their women is proverbial.

Nothing has fixed so sharply in my mind the diversity of strains that can be found within the four seas of Ireland as the sight in a Limerick Exhibition of some Donegal girls doing crochet work. Pretty girls they were, too : but with their small, hardy bodies, their salient cheek bones and small noses, they looked almost Laplanders among the big, soft-cheeked, full-bodied population that passed by and looked at them wondering. Irish-speaking Catholics from a herring fishing village on the north coast, they were far more like their Protestant neighbours of the plantation than they were to these tall children of the South, in whose veins ran blood of the Normans and blood of the Cromwellians mixed with the dominant Milesian strain.

In Ireland, as in England, as everywhere, the North has a harder fibre than the South. Yet the most scientific and improving farmer I have known in Ireland, a Protestant gentleman in Donegal, brought his headman from Limerick to steward it over Protestant and Catholic alike, in the North, and his choice was justified in a lifetime of able service. The more one knows of Ireland, the less one is ready to generalise.

This, however, may be said generally. In Limerick, as elsewhere in Ireland, the countryside is better off, and, on the whole, better off than ever it was : but the town life has not prospered. Many old skilled crafts have perished. Lace-making has been revived, but Limerick gloves, which once were at the head of the market, are a thing of the past : and all the trade in leather is disappearing. Exploring for the line of the old walls, I came on a surviving tannery and heard sad enough talk from its very pleasant owner. Cattle is the great wealth’ of Ireland, more especially of the Golden Vale, but so long as cattle-meat walks to the steamer on the hoof, there can be little important development in the southern Irish towns.

Nature does not help them greatly; the Shannon, for all its vast volume, lies too flat to be an important source of power : it is worth less to millers than this or that trumpery little stream that comes tumbling swiftly down from the Black Forest or the Alpine slopes. I do not think that any germ of industrial activity will ever seize on a people reared in those soft airs. But so long as Limerick lasts it is likely to be a breeding-place of fine men and fine women, who, for all their easy-going ways, have quick wits and high courage: and I cannot conceive the time when it will not be one of the pleasantest places in which folk could have their home. Lying so far west as it does, it will always have, as it has to-day, its own distinct character, a character, whatever else may be said of it, full of gallantry and full of charm.